Shaun Bailey today insisted he could increase the strength of the Metropolitan Police by 25 per cent as he vowed to cut crime in London within 100 days of taking office if elected at the May 6 poll.

At a virtual manifesto launch in Edgware, the Tory mayoral candidate promised to hire 8,000 new police officers, redeploy 1,000 officers to focus on violence against women and girls and reopen 38 police stations. The latest official figures show there are nearly 33,000 Met officers.

But he was forced to deny that his recruitment drive amounted to ‘fantasy politics’ as he was questioned about the cost of the pledge. The small print of the 56-page document published today reveals he would be asking the Home Office to cover the bulk of the £521million annual cost.

Mr Bailey said ‘rising crime’ was the ‘number one challenge for London’ as he warned that the capital risked replacing a ‘health pandemic with a crime epidemic’ as it emerges from Covid-induced shutdowns. 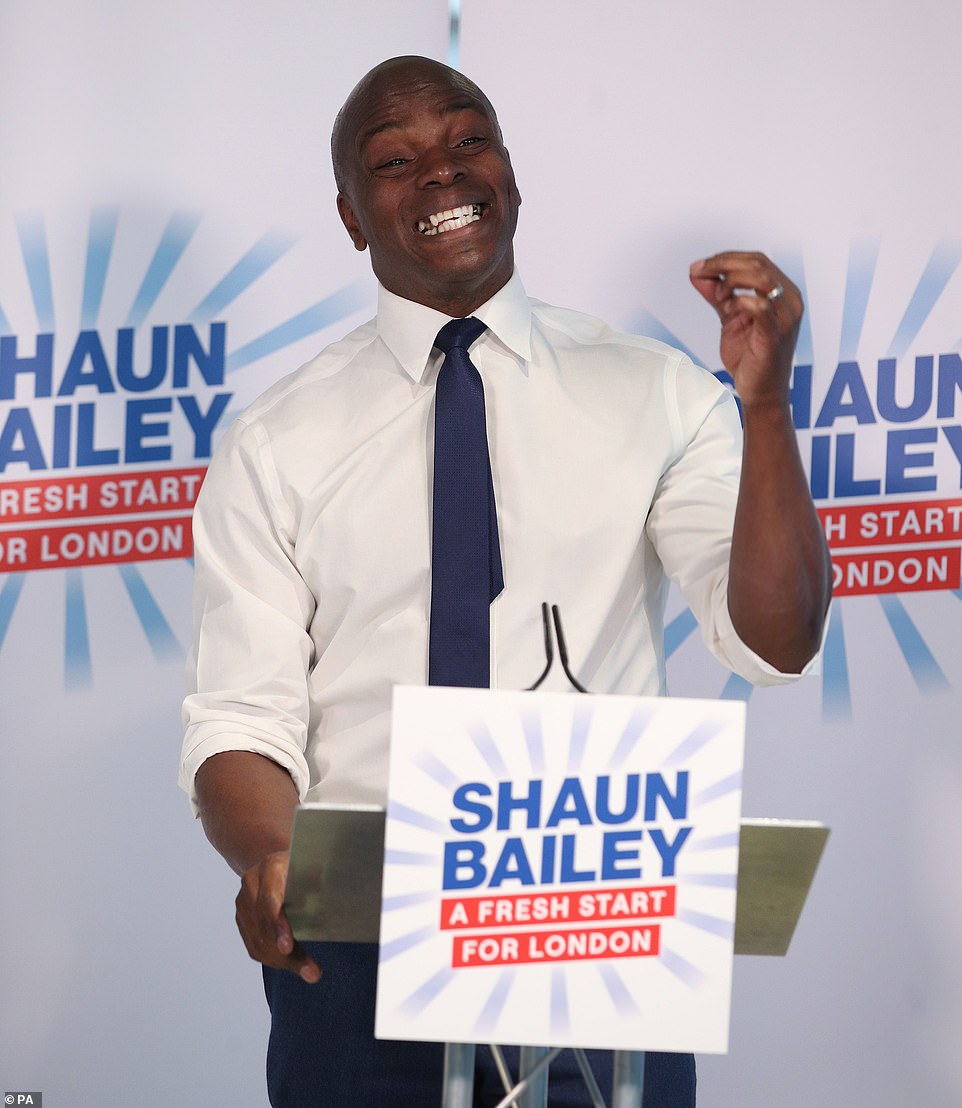 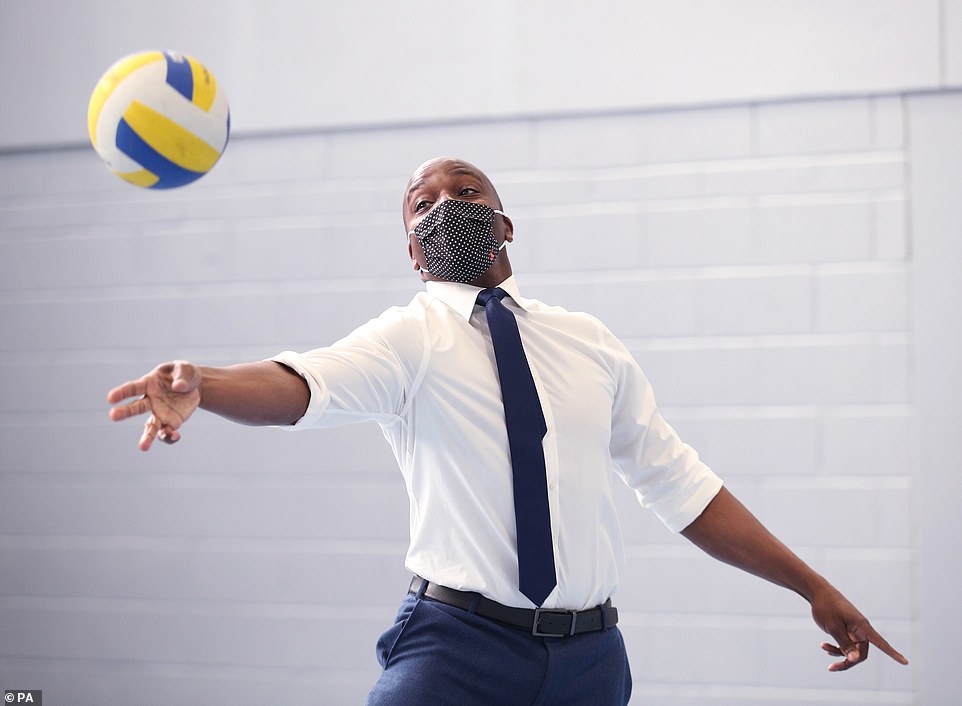 Conservative London mayoral candidate Shaun Bailey plays with a volleyball during his manifesto launch at the Onside Youth Zone, in Edgware

The most recent data from the Office for National Statistics (ONS) shows that crime has risen markedly since Labour mayor Sadiq Khan took office in May 2016, with the total number of crimes recorded annually by the Met having increased from 752,698 in September 2016 to 821,236 in the year to September 2020.

Mr Bailey, who is a distant second to Mr Khan according to opinion polls, promised to make ‘savings in City Hall’ to help finance the plan.

‘I would say this, any Londoner listening to this now, who do you call when something goes wrong? It’s the police,’ he told the PA news agency.

‘I would say this as well. Women and girls are no longer safe on the streets of London – that’s what Sadiq Khan said. That’s the responsibility of the mayor, and it’ll be the job of the police to put that straight.

‘So I do think there’s an appetite to support the police to keep Londoners safe. And remember this – safety in London now has become a social mobility issue.

‘How relevant is school to young people who are spending their time dodging the local gang? And remember this stat if you remember nothing else: as a black Londoner, you’re four times more likely to be murdered. Somebody has to stand against that.’ 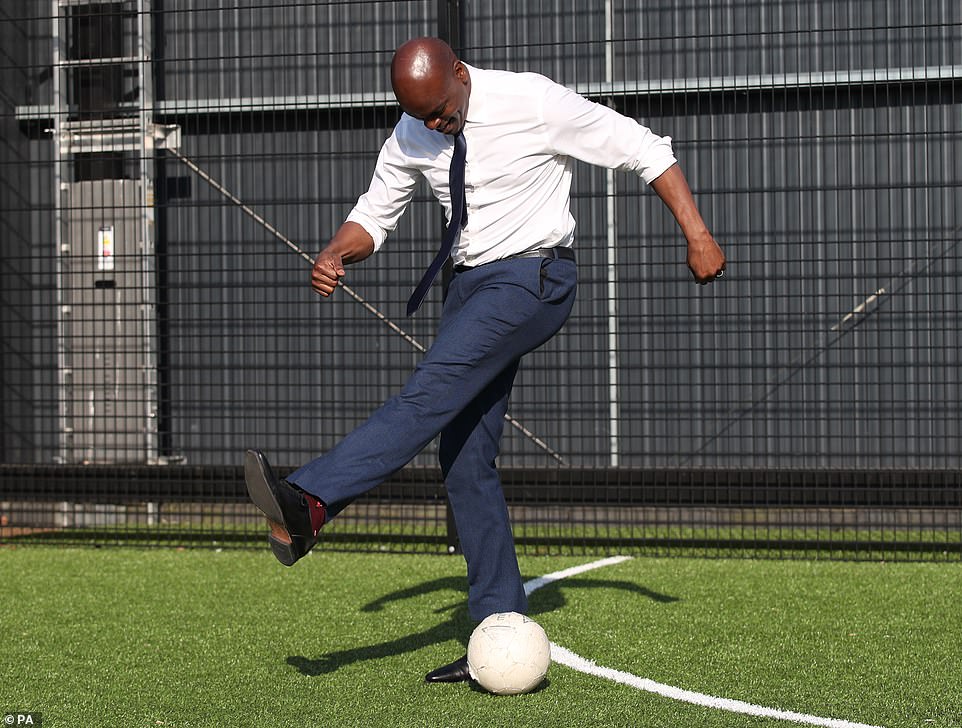 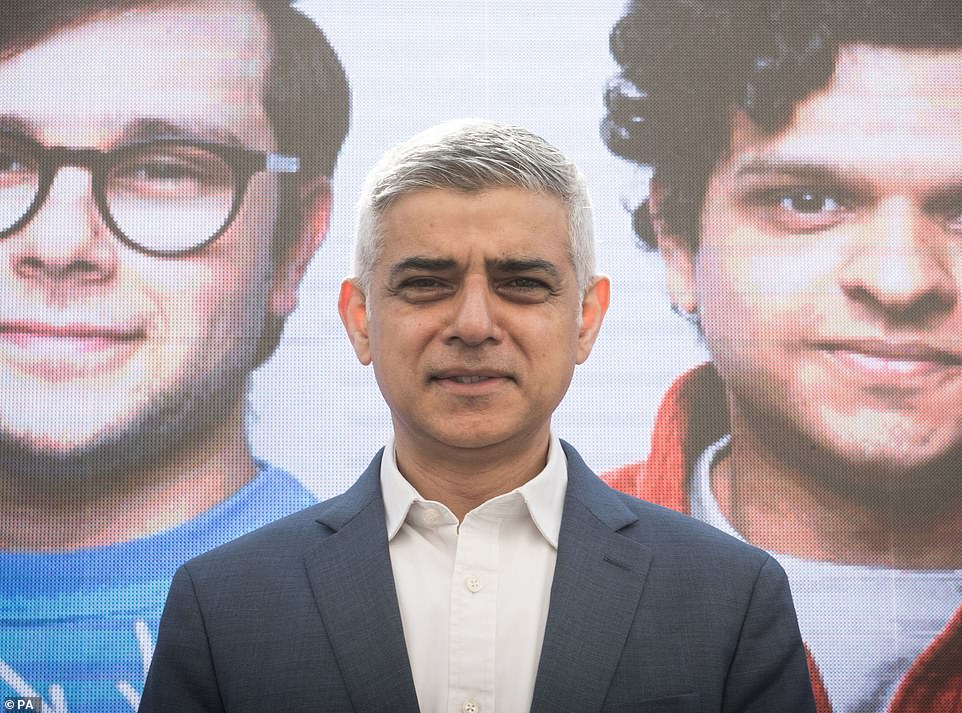 Labour’s Mayor of London Sadiq Khan, unveils a new campaign advert in Westminster, London, urging Londoners to register for a postal vote ahead of the deadline

‘I will simply make the savings in City Hall and redirect that money to Londoners’ safety. The money is there. I will make a choice to make sure that Londoners are safe.

‘Right just now, if you speak to Londoners from any part of London, they will tell you they feel unsafe – particularly young people. We have to get on top of it, and a big part of that is police officers on the streets of London.’

In response to Mr Bailey’s announcement, a Labour spokesman told MailOnline: ‘These are complete fantasy figures and yet more lies from the Tory candidate that prove once again that he is not a serious candidate for Mayor of London.

‘Londoners haven’t forgotten that he was the youth and crime adviser in Downing Street who personally oversaw huge cuts to London’s police and youth services.

‘Don’t give the keys of the car to the person who crashed it in the first place.’