‘I’m so sorry’: Woman lorry driver breaks down in tears as she meets family of Queen’s doctor who was crushed to death when he swerved his bicycle in front of her 20-tonne HGV 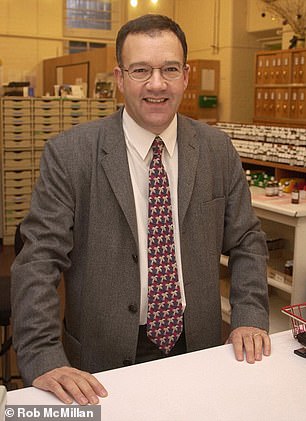 Dr Peter Fisher, pictured, 67, was crushed to death under a 20-tonne lorry in central London last year while cycling. An inquest heard his death was accidental after he swerved in front of the vehicle

A lorry driver broke down in tears as she met the family of the Queen’s doctor who was crushed under her 20-tonne vehicle while riding his bike in London.

Dr Peter Fisher, 67, consultant physician for the Royal Household since 2002, was cycling just yards from the Royal London Hospital for Integrated Medicine in Holborn where he worked as research director when he ‘wobbled and swerved’ in front of the vehicle.

Samantha Southouse, who has been a professional lorry driver for 20 years, shook hands with his family after the hearing and said: ‘I don’t know what has happened. So sorry for your loss.’

She was driving at just 8mph and said she never saw the father-of-two doctor before the collision.

Answering questions from senior coroner Mary Hassel, Ms Southouse confirmed she was well rested at the time the crash happened just over three hours into her shift and added: ‘I looked around absolutely and as I moved I was looking forwards.

‘No I absolutely didn’t see Dr Fisher – that could not have happened.’

She became tearful as she told how she was forced to reverse her lorry off the doctor ‘on instruction of emergency services’ at the scene.

Witness Simon Cooney described seeing the doctor ‘wobble’ and swerve before being crushed under the truck’s near front wheel.

He said: ‘I got the impression that he sped off on his bicycle and then he swerved in that direction.

‘I had the image from a child, like when they take the stabilisers off my bike.’

Forensic Collision Investigator Brian Gamble said it was ‘perfectly reasonable’ Ms Southouse didn’t see Dr Fisher in her mirrors as he paused on her near side before moving off.

He said: ‘I’m not overly surprised that she hasn’t seen him.

‘He’s potentially within view for 13 seconds. Having cycled down for four seconds and he’s come to a stop there.

‘Potentially yes, Dr Fisher was in view of her however there are many caveats you have to put with that.

‘Where he’s positioned he’s right on the edge of that mirror, the most distorted part of the mirror which makes it difficult for a driver to identify (a cyclist).

‘So you have got six or seven seconds where he’s there to be seen however it’s identifying that it is a cyclist there and identifying him as a hazard. 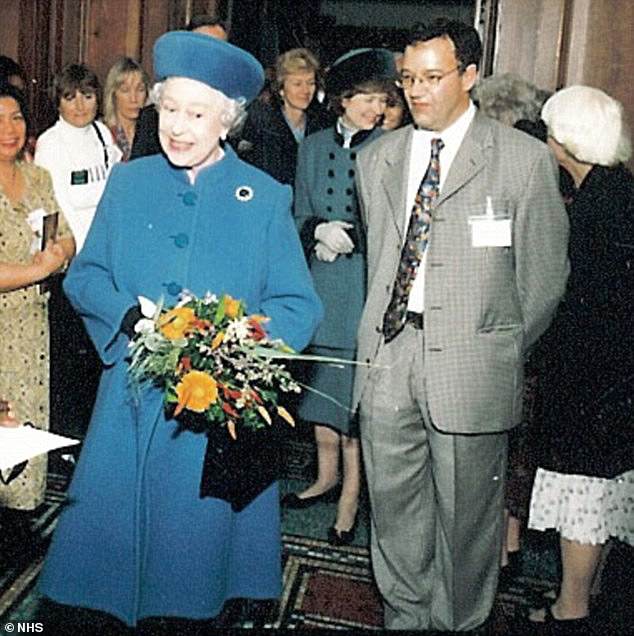 ‘I’ve no doubt – I think it’s quite likely that when Miss Southouse has carried out the mirror checks she would have carried them out before Dr Fisher moved into that position.’

He said: ‘Had he known that the view of those mirrors and how limited it was, he might not have done that.’

Ruling his death a ‘road traffic collision’ at St Pancras Coroners Court, Ms Hassel said: ‘It seems to me that all the evidence points in the same direction.

‘He was cycling in an entirely unremarkable manner, he was wearing a crash helmet and he was where he was meant to be, on the inside.

‘A lorry was also proceeding in an entirely unremarkable manner and also travelling west along High Holborn.

‘The lorry paused because of the traffic, Dr Fisher was visible for four seconds as he come up the inside of the lorry but of course that was a mirror and the lorry driver has six mirrors to look at as well as through the front of the lorry and either side. 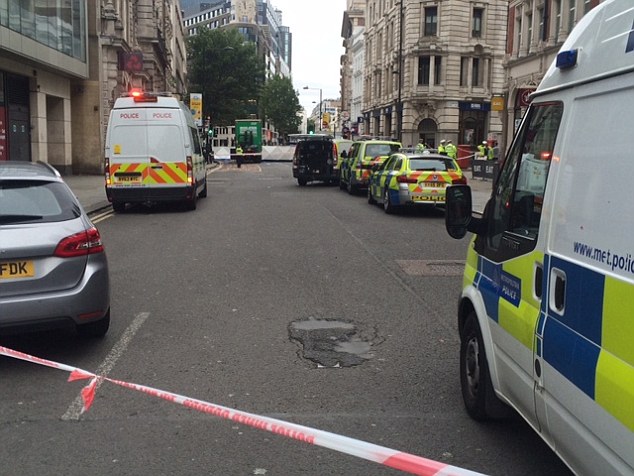 ‘She wasn’t looking at the particular mirror at that particular time and then he was in her blind spot on the front corner of the lorry.

‘He was then only visible for one or two seconds when she moved off and by then she was looking out.

‘It’s difficult I think for a cyclist who hasn’t sat in a lorry to imagine the restriction in the view of the lorry driver.’

Dr Fisher’s sister Susie Hearne said: ‘Dr Peter Fisher was a remarkably gifted and special man whose death is a tragic and irreplaceable loss, not only for his family and friends who loved him dearly, but also to the cause of medicine and homeopathy in this country and world wide.

‘He had been the homeopath to the Royal Household since 2002 and worked with Prince Charles on his Foundation for Integrated Health.

‘Peter was an energetic man who had cycled throughout his life and who regularly cycled to and from work. ‘He was exceptionally intelligent and knowledgeable and had interests including travel, art, gardening history, politics and culture of all kinds, swimming and skiing.

‘As a person Peter was kind, loyal, caring, non-judgemental and modest.’

She thanked passers-by who gave him chest compressions and mouth-to-mouth before he was pronounced dead at 9.53am, just 23 minutes after paramedics arrived.

And added: ‘This accident led to a tragic and unnecessary waste of life. In order to save further precious lives we urge the Mayor of London to urgently address the issue of cycle safety in London by looking at people prioritised streets and improved lorry design.’

The doctor, who also worked with Prince Charles on his foundation for Integrated Health, had been out on National Cycle to Work Day.

The doctor’s grieving family urged Mayor of London Sadiq Khan to improve safety for cyclists following his death in busy central London at about 9.30am on August 15 last year.