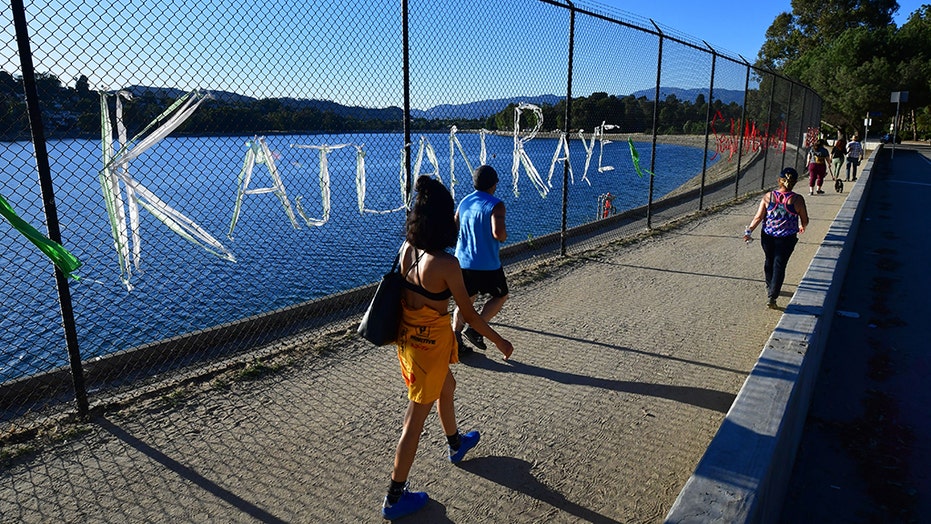 A memorial honoring more than 100 unarmed Black individuals killed by police in the U.S. is set to come down on Saturday, its organizers say.

The “Say Their Names: Silver Lake Memorial,” runs more than 2 miles on a fence surrounding the Silver Lake Reservoir in east-central Los Angeles.

Residents began putting up the memorial on June 1, amid nationwide protests against systemic racism that were sparked by the police custody death of George Floyd in Minneapolis. The memorial was mostly completed within a few days. 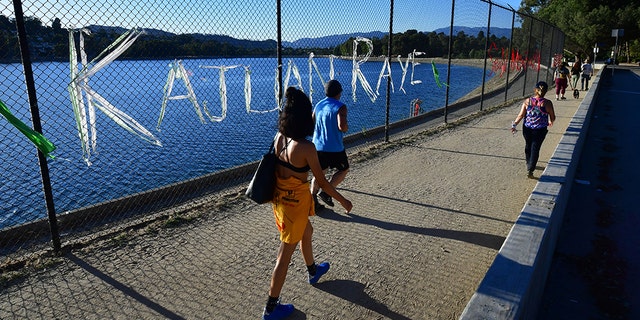 People walk past a chain-link fence surrounding Silver Lake Reservoir in Los Angeles, where an art installation protesting police brutality spells out, in colourful woven fabric, the names of unarmed African Americans who have been killed by police.
(GettyAFP via Getty Images)

Earlier reports had falsely stated that the Los Angeles Department of Water and Power had imposed a deadline for the memorial to come down, Ellen Cheng, a spokeswoman for the agency told Fox News.

"LADWP did not order or request the removal of the installation," Cheng said in a statement. "We have 100% supported the effort and have been in touch with Lia Brody, the organizer, about her plans for removal of the artwork and have followed her lead on determining the appropriate timing."

LADWP spokeswoman Dawn Cotterell told the Eastsider LA that the agency let the memorial "remain up because of the gravity of the situation."

Brody has reportedly been coordinating a timeline for the memorial to come down. Brody told the Eastsider LA she had originally considered taking down the memorial on Aug. 1 but felt it was too soon and moved that date to Aug. 15.

"I felt I was honoring my word to the Silver Lake Conservancy, who told the DWP that we would take it down when there was pressures or it was being degraded by weather or other people," Brody said.

LADWP said it will continue to be in touch with Brody about the memorial's timeline and remains "supportive of the art installation. 'My 600-lb. Life' Star's Family Got to Say Final Goodbyes Despite COVID Restrictions
We and our partners use cookies on this site to improve our service, perform analytics, personalize advertising, measure advertising performance, and remember website preferences.Ok