Lunchtime nightclub for the over-60s gets pensioners in glitzy gear

One foot in the rave! Lunchtime nightclub for the over-60s sees pensioners donning glitzy gear in bid to beat loneliness

A nightclub just for pensioners has opened up encouraging OAPs to pull on their party dresses start dancing again.

Though the clinking of champagne glasses and thumping of music in a darkened room may sound like any other night out, Posh Club is a lunch-time raving refuge exclusively for the over-60s.

Founders Simon and Annie Casson came up with the concept after noticing how reclusive their mother had become after their dad passed away. the pair want the elderly to be more active, sociable and to make new friends.

Blaring Rockabilly classics and finger sandwiches feature at the Posh Club events which happen all over the country, including Crawley, London and Hastings. 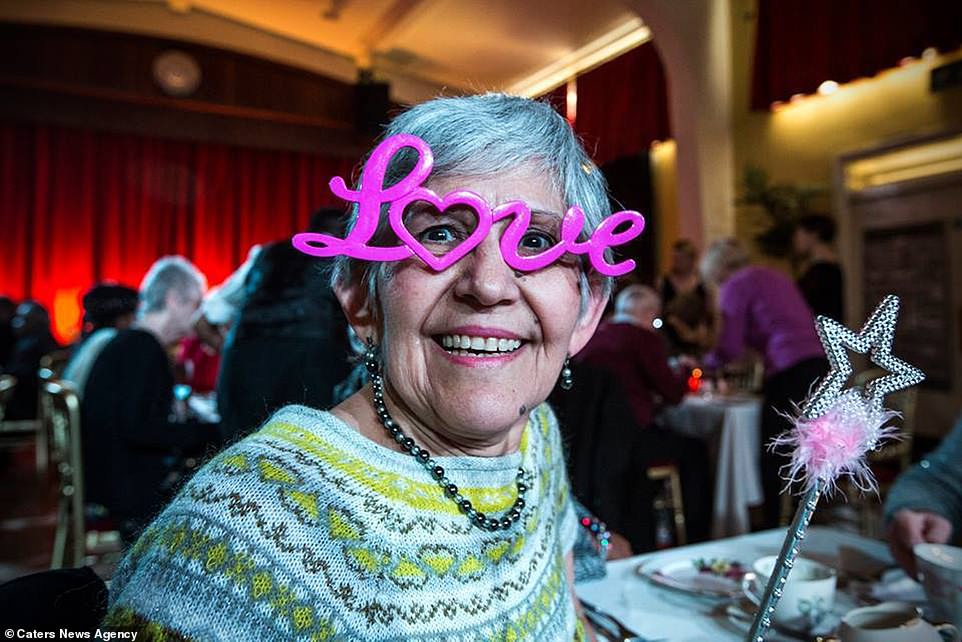 Pensioner nightclubs are opening across the country to combat loneliness among the elderly. The elderly are encouraged to party through their lunch breaks 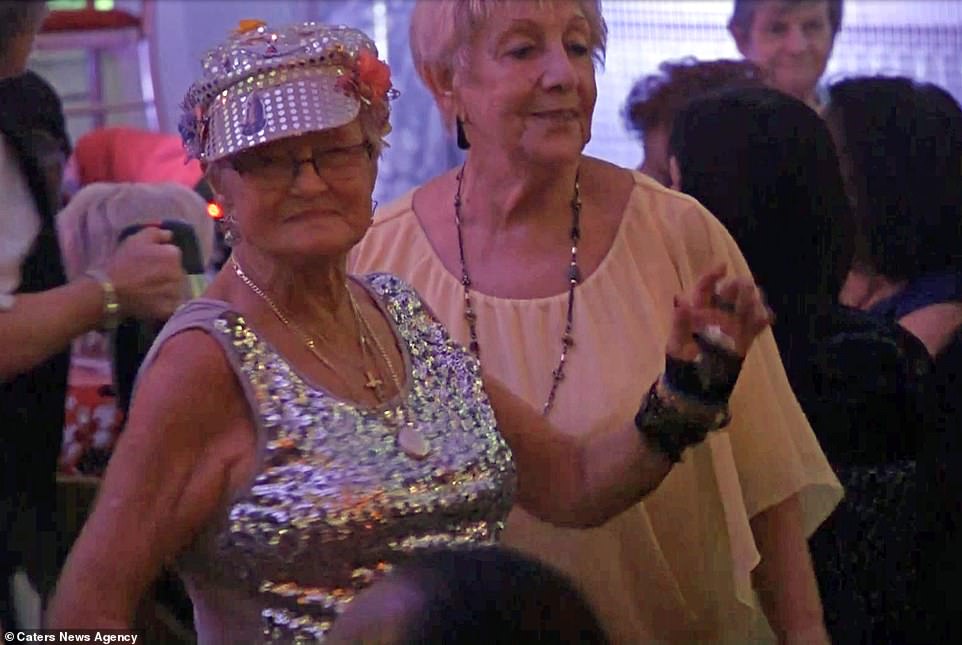 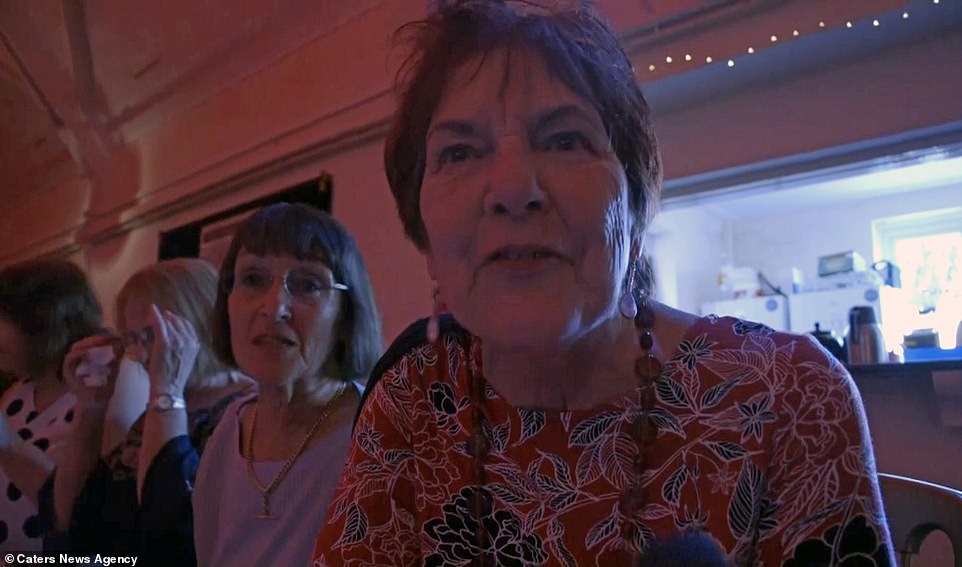 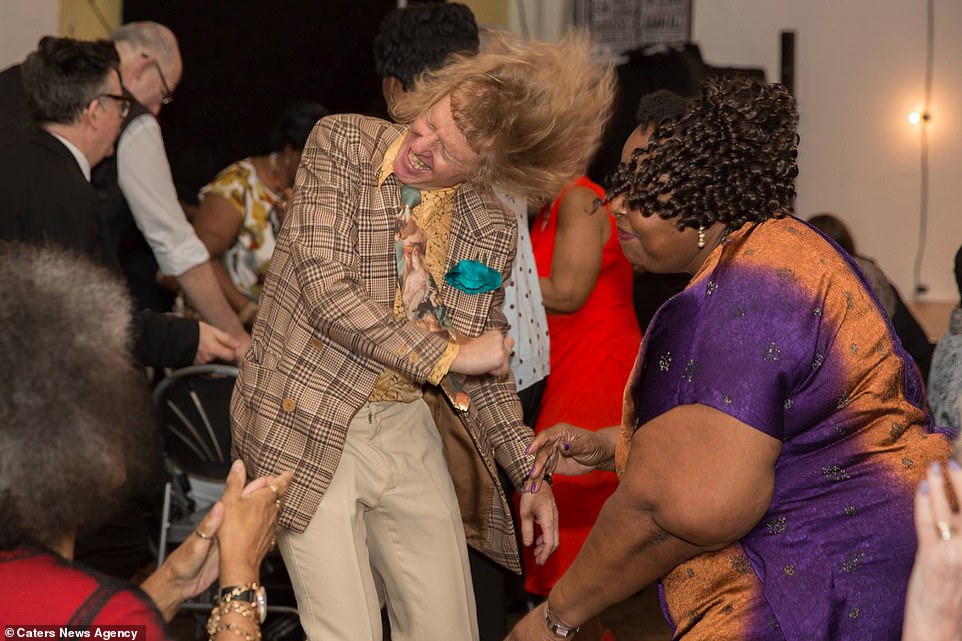 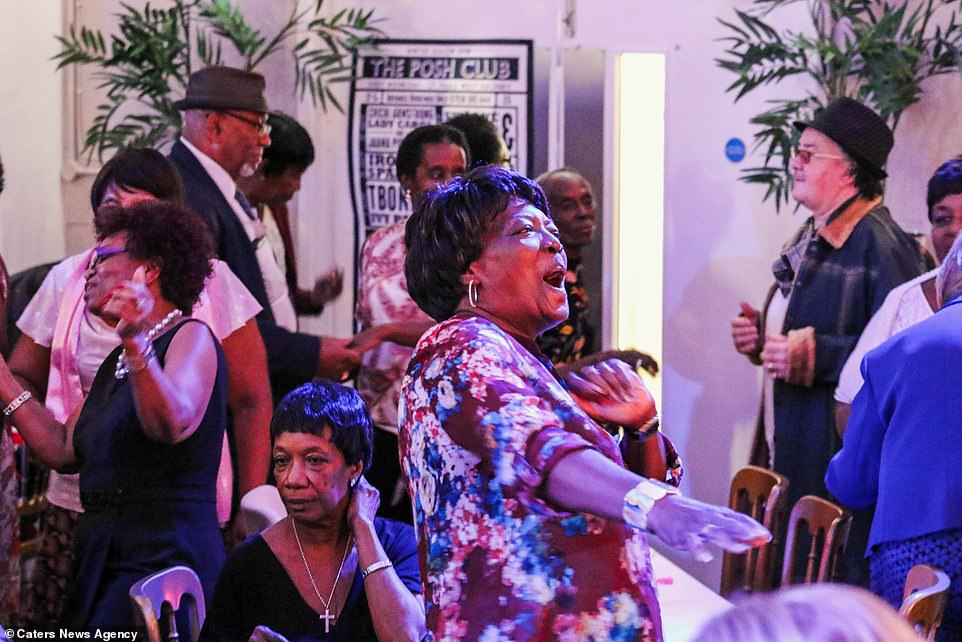 Singing and dancing is encouraged at the events which could be rolled out all over the UK soon. The founders were inspired by their mother after they saw her struggling with loneliness 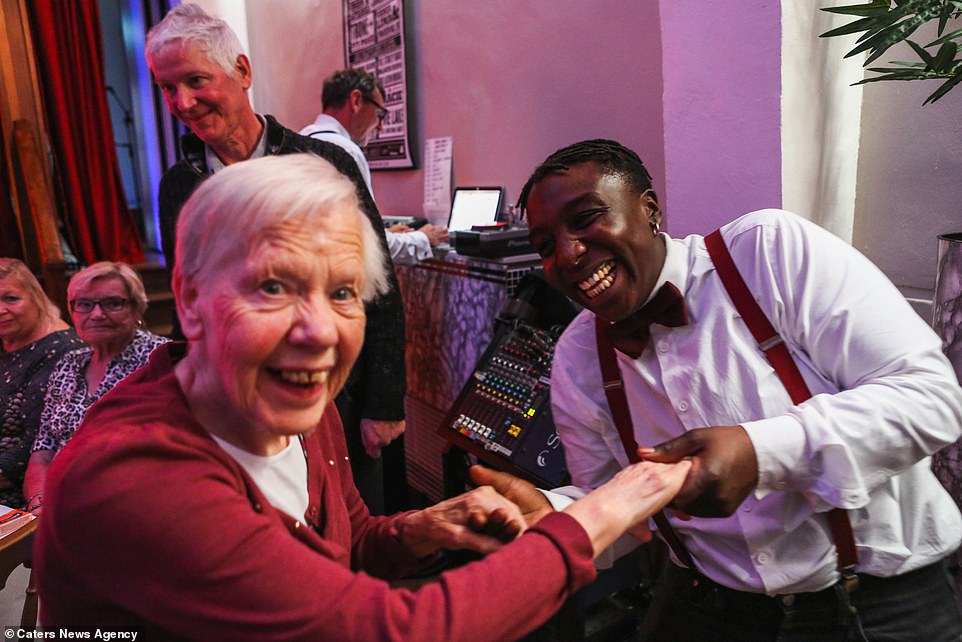 Entertainment is called in for the men and women to enjoy as they partying through the day. The music is loud and champagne is on offer

Described as ‘the only club event in the world where someone was rushed to the hospital because they forgot to take their drugs’ by event producer Dickey Eaton, Posh Club has gone down a storm amongst its elderly patrons.

‘They bleedin’ love it – they can’t get enough.

‘After my dad passed away, my mum moved from London to the suburbs in her 80s, and there was nothing for her to do.

‘My sister decided to run a tea party for her and three of her mates, with cake, sandwiches and tea on proper crockery – they loved it.

‘I thought why don’t we combine that with cabaret, dancing and a big glamorous venue?

‘Then, Posh Club was born.

‘Think ‘The Ritz’ but for ordinary, working class folk.

‘It’s just five pounds for entry, which includes the show, food and a glass of bubbly.

‘The cheap price is all thanks to our incredible backers, but we rely on individual donations, too.

‘The primary focus of these events are to have fun, light-entertainment, friendship and solidarity. 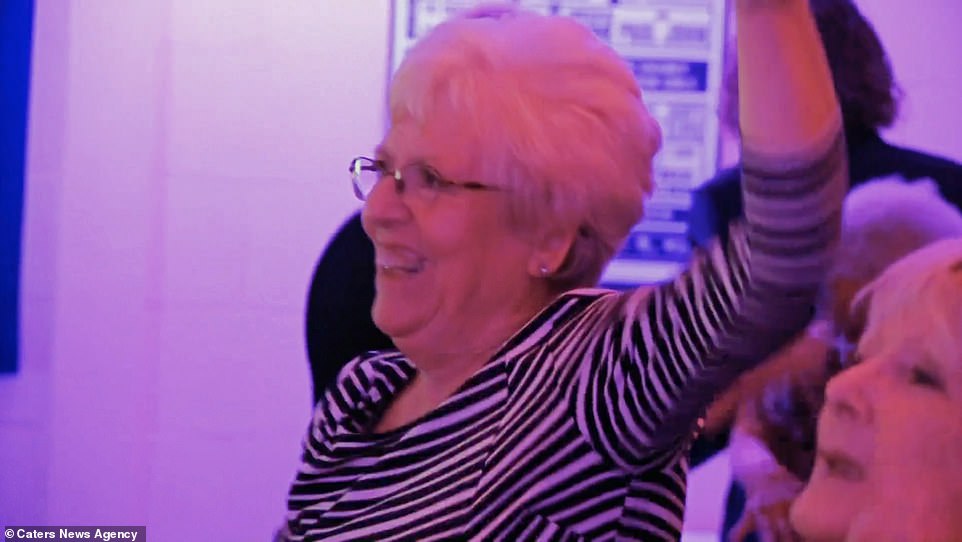 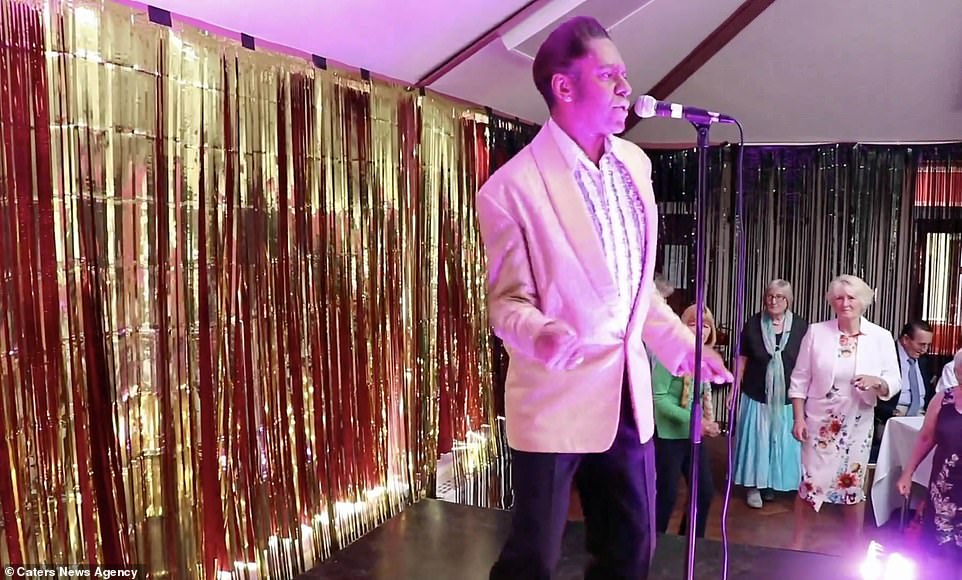 Singers and musicians get the dancefloor packed in the venues up and down the UK. Soon Christmas special events will be held 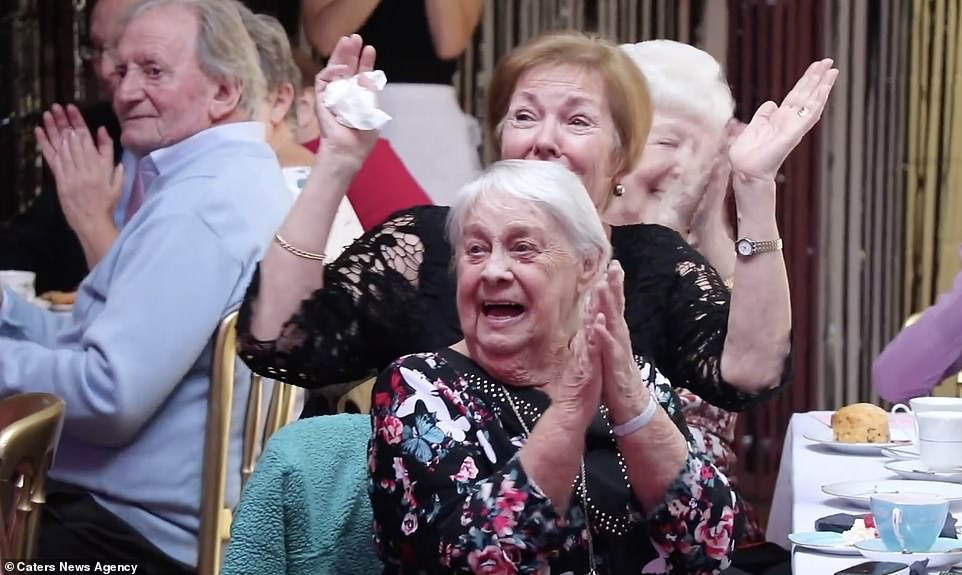 ith more than nine million people in the UK claiming to be always or often lonely, one charitable organisation is attempting to assist the most common group among this statistic the elderly 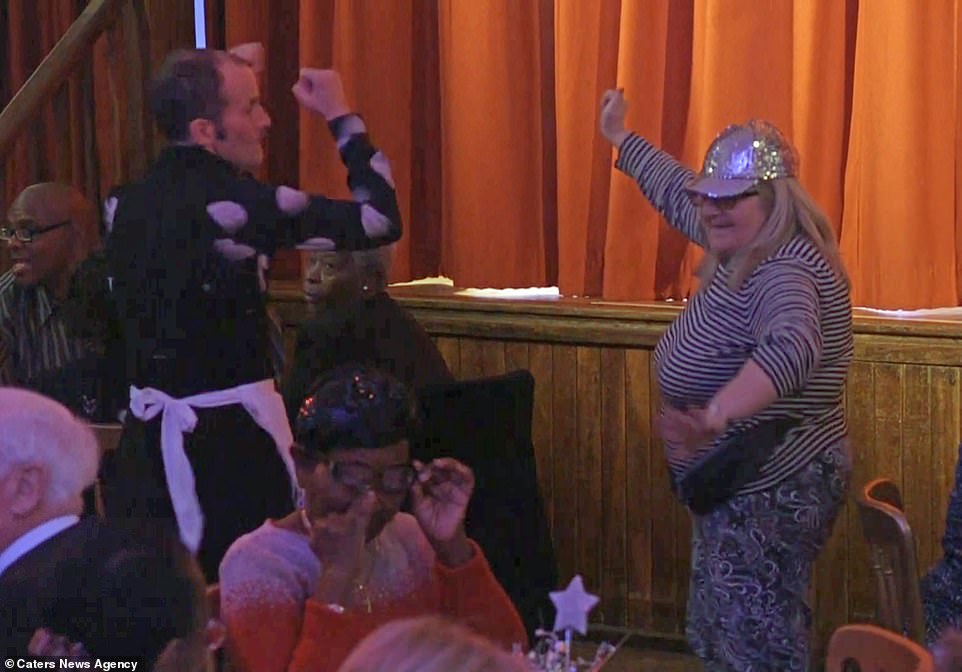 There are also pensioner raves in Brighton and Peterborough, as well as London and Hastings as the charitable business grows 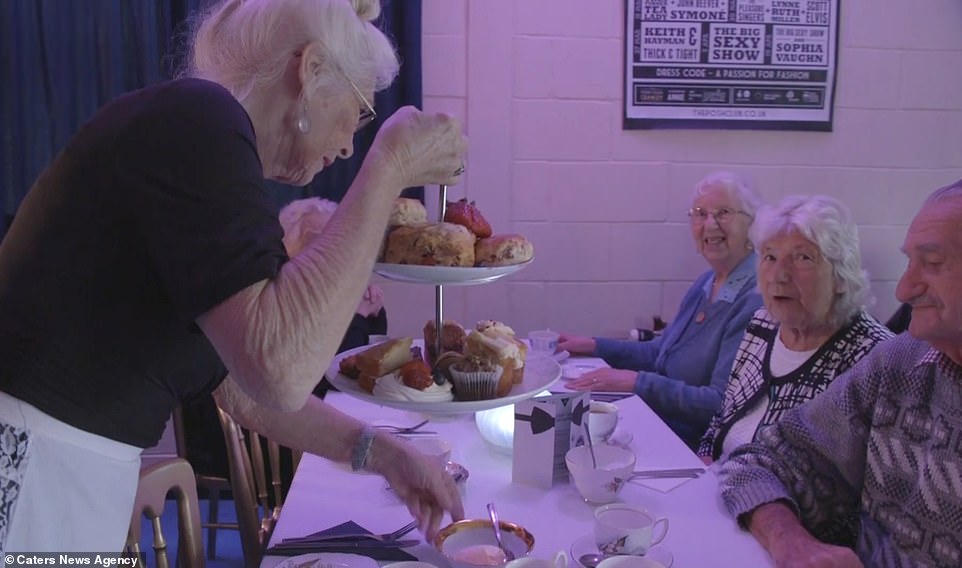 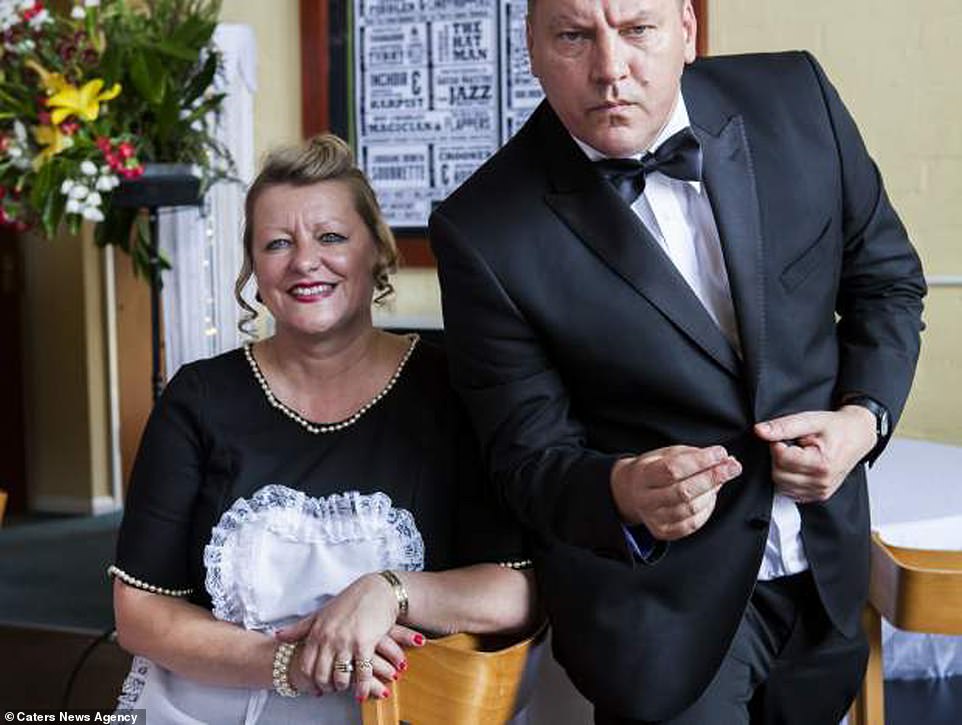 ‘At the moment, we’re currently in six locations but we want to be everywhere.’

With more than nine million people in the UK claiming to be always or often lonely, the charitable organisation is attempting to assist the elderly, who are the most common group among this statistic.

The founding duo is hoping to eventually host a weekly residency in every town across the country.

One party-goer, Jackie, who is a regular at Posh Club’s Hastings events, said: ‘I love coming here for the dancing, the company and the amazing atmosphere.

‘It’s somewhere for us all to come in the day – it’s called Posh Club, but it’s like I nightclub.

‘We can dance our socks off here – we love it.’