By 10am this morning queues had already stretched to three miles long after the smash just north of Junction 23 near Loughborough, Leicestershire. 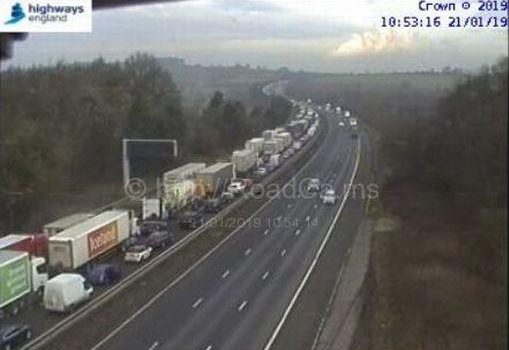 Police confirmed they are dealing with an incident on the northbound carriageway of the motorway and that the carriageway is completely closed.

Earlier Highways England estimated that the road closure would "remain in place for around 5 hours".

The authority tweeted at East Midlands Airport, writing: "Please plan your journey to avoid the area, delays are already significant and will grow."

At 12.30pm Highways tweeted that the M1 Northbound closure remained in place, adding that all trapped traffic had now been released.

A statement from Leicestershire Police read: "Motorists are being advised to avoid the northbound carriageway of the M1 motorway following a serious collision at junction 23.

"The collision occurred just before 9.30am today and the northbound carriageway of the M1 at junction 23 has been closed off to allow emergency services to deal with the collision.

"Motorists are being diverted on to the A512 towards Ashby then the A42 northbound back on to the M1." 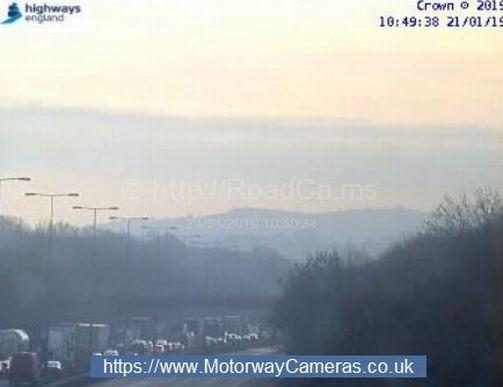