Major reforms should make it easier to get an NHS appointment

End of the six-month dental check up: Major reforms should make it easier to get an NHS appointment under plans to scrap Labour deal that forced many to go private

Finding an NHS dentist should get easier under plans to scrap a disastrous 12-year-old deal which forced many patients to go private.

Major reforms scheduled for 2020 will give dentists new incentives to take on more NHS work.

Their current contracts, introduced by Labour in 2006, include funding caps which effectively limit their NHS work to half the patients in their catchment area.

Everyone else has to find a private dentist, where charges can be up to £95 for a check-up and £500 or more for root-canal work.

In 2006 this included the then Chancellor Gordon Brown, who was pictured leaving a top private dental surgery in North London charging £100 an hour.

As a result, millions of people stopped visiting the dentist except in cases of severely painful toothache or inflamed gums. One study showed that 23 million people in England had received no NHS dental care at all in two years. To make matters worse, many dentists were so demoralised by the contract’s strict targets and endless form-filling that they quit the NHS to go private, and the resulting shortages continue to this day. Earlier this month the NHS’s leading dental supplier, Mydentist, admitted it was too short-staffed to offer routine appointments.

The new contracts, already tried out in pilot areas, will pay dentists for every patient on their books to encourage them to take on more NHS work.

There will also be a greater emphasis on preventative care. Routine check-ups will be much more thorough and each patient will get a personal care plan with advice on flossing and brushing.

The hope is that this will reduce the need for fillings and extractions and that patients with healthy teeth will need a check-up only once a year instead of every six months. This should free up time for those who need more serious treatment.

Results from pilot studies showed major improvements to dental health and 97 per cent of patients were happy with their care. The Department of Health was so pleased with the outcome that it expanded the scheme to 50 new surgeries. 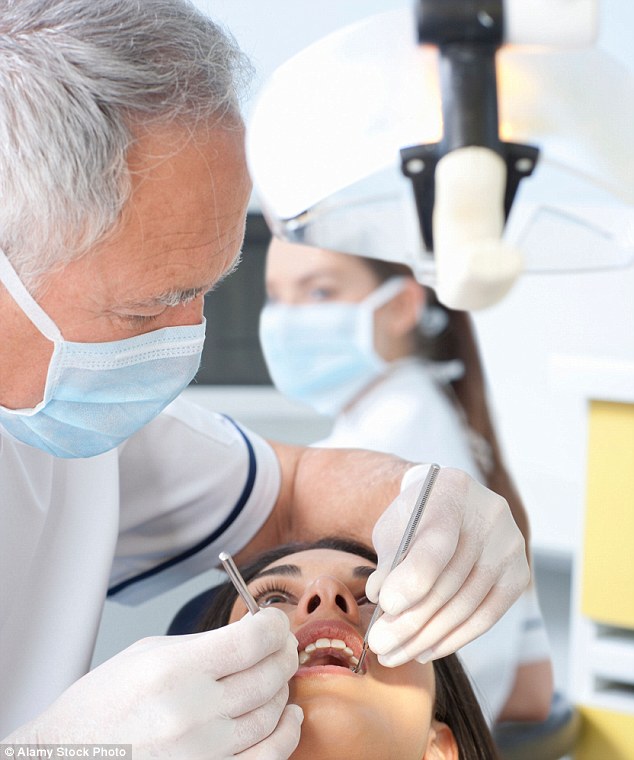 Health minister Steve Brine said: ‘The Government has made great progress in improving the oral health of patients and tooth decay among children continues to decrease – but there is more we can do.’

The new contract would be ‘thoroughly tested to ensure it is financially sustainable for the NHS, patients and dentists’.

NHS Chief Dental Officer Sarah Hurley said the expansion of the pilot project was ‘an important step in developing the NHS dental service in this its 70th year’.

But the dentists’ union says the new deal will only work with more public money.

Henrik Overgaard-Nielsen of the British Dental Association – which says spending fell from £41 per head in 2012-13 to £36 in 2016-17 – warned: ‘The current NHS dental system is fundamentally broken.

‘When the one variable ministers won’t change is funding cuts, we are unlikely to see progress. We are already seeing practices having to donate time to make this new model work.’