Despite threat of arrest over corruption allegations, Joyce Banda returns as questions swirl about a political comeback. 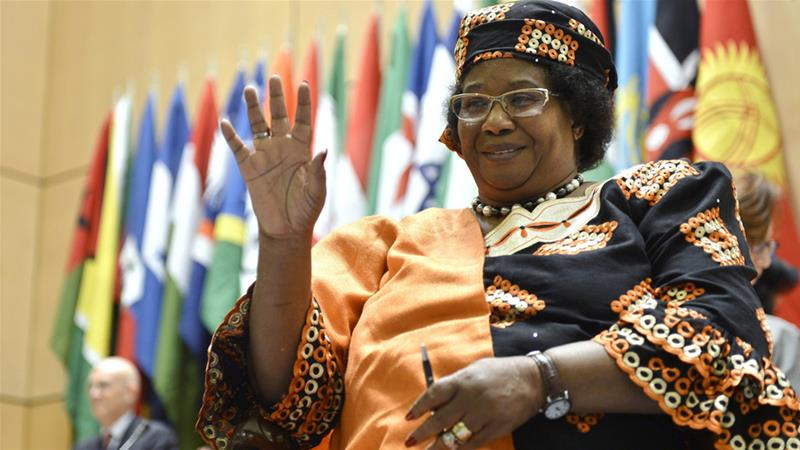 Malawi’s former president, Joyce Banda, has returned home after four years of self-imposed exile despite facing the threat of arrest over corruption allegations.

Banda, 68, fled the country in 2014 when she lost power after being embroiled in the so-called Cashgate scandal, in which government officials siphoned off millions of dollars of public money.

Banda – only the second woman to lead a country in Africa – arrived at Blantyre’s airport on a flight from Johannesburg on Saturday, where she was greeted by hundreds of supporters of her People’s Party, an AFP news agency journalist at the scene reported.

“Mother is here, the lights should come back,” the crowd chanted.

Banda, who led the country from 2012 to 14, was Malawi’s first female president.

She said the reason she left for the US was to give “space” for her successor to govern, and to do research at a university there.

“So I was not in exile, I had work to do and I have written a book on women’s empowerment,” the Nyasa Times quoted her as saying.

No police were present as Banda left the plane on Saturday.

Andekunye Chanthunya, Banda’s spokesperson, earlier said she would head straight to her home at Domasi in Zomba, about 80km away.

She was set to address a political rally on Sunday.

Chanthunya said Banda was not concerned about the arrest warrant issued by police.

“Dr Joyce Banda is not afraid or intimidated by their announcement that their warrant of arrest is still valid, because all Cashgate cases were investigated and prosecuted,” said Chanthunya.

James Kaledzera, a police spokesperson, declined to say if Banda would be arrested, though he confirmed a warrant issued last July remained valid.

Earlier this year, the Malawi Anti-Corruption Bureau said it had no solid evidence against her.

The corruption scheme started in 2005 and more than $30m was looted within only six months in 2013 shortly before it was uncovered, according to an independent audit.

The Cashgate scandal prompted foreign donors – who provide about 40 percent of Malawi’s budget – to withdraw aid from the impoverished country worth about $150m.

The World Bank resumed aid to Malawi in May last year, providing an $80m package and saying the country had “taken some very important reform steps”.

Banda founded the People’s Party (PP) in 2011 after splitting from the Democratic Progressive Party (DPP), which is led by current President Peter Mutharika.

It remains unclear whether Banda will run for office in elections in May 2019.

“She remains the head of the PP,” Chanthunya, the spokesperson, said.

“The question of whether she wants to contest for the presidency or not will be answered in due course, but we may get an idea of how she is thinking.”

Wallace Chawawa, a PP legislator, said of Banda’s return: “This will definitely rejuvenate the party … The vacuum has been filled.”

But others were not so sure.

Thembisa Fakude, a researcher at the Al Jazeera Center for Studies, says it will be difficult for Banda to re-enter politics after such a long time away.

“There’s a very big split in Malawi regarding her, but I think what’s more important was when she left Malawi her party almost collapsed,” Fakude told Al Jazeera. 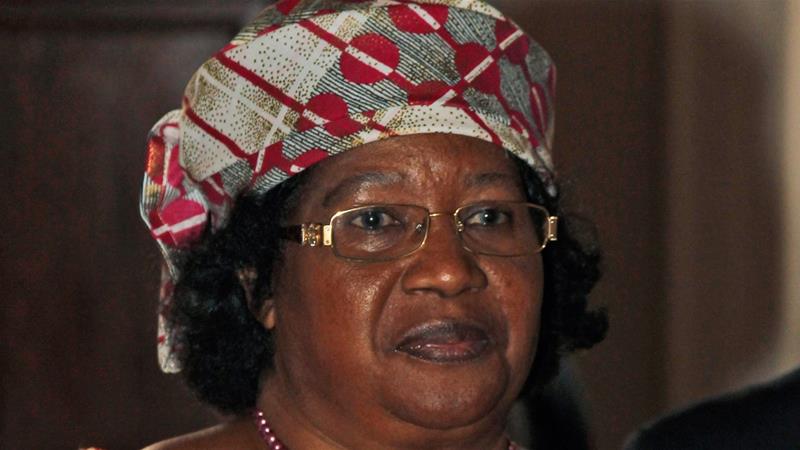 Joyce Banda: Africa is not poor