Man, 88, who died without known relatives was a motorbike champion

The hunt to unravel the mystery of an 88-year-old man who died without any known relatives has revealed him to be a motorsport champion who competed in the world’s ‘most dangerous’ race.

Tenacious Tony Godfrey passed away in a care home in Bournemouth last December without a will or any known relatives to inherit his £30,000 estate.

The mystery about his life sparked council chiefs to call in genealogist firm Finders International – stars of BBC’s Heir Hunters programme – to look into Mr Godfrey’s past. 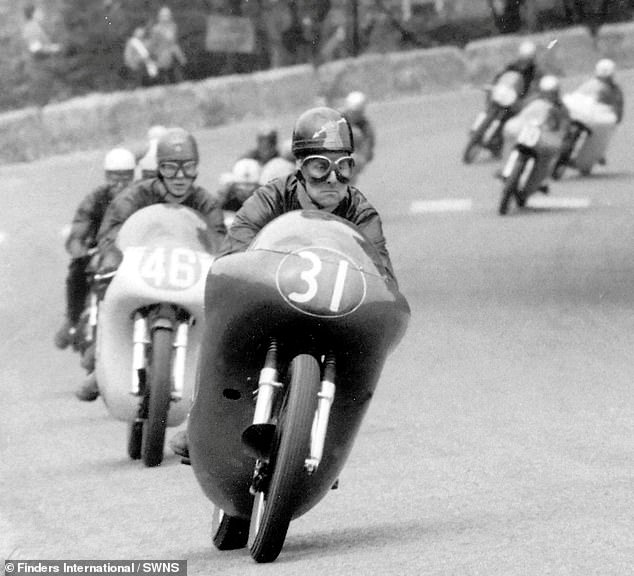 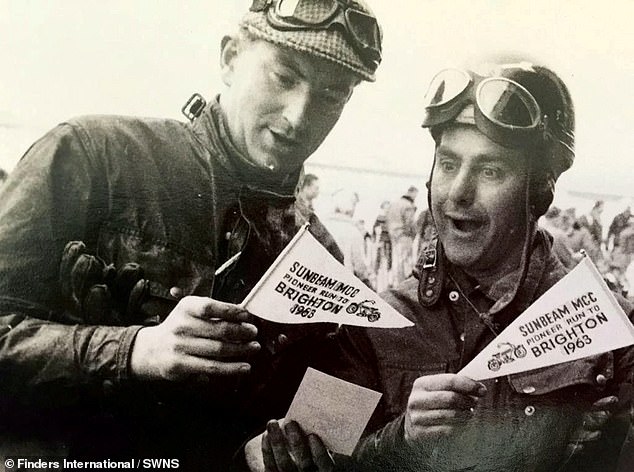 The fearless rider, who was a British US motorbike racing champion and took part in the 1963 London to Brighton Run (pictured), even made a ‘miraculous’ recovery after a horror crash in 1963

And now the findings have revealed Mr Godfrey lived life in the fast lane, having competed more than 20 times in the Isle of Man TT – often regarded as the world’s ‘most dangerous’ race.

The fearless rider, who was a British US motorbike racing champion and took part in the 1963 London to Brighton Run, even made a ‘miraculous’ recovery after a horror crash in 1963. 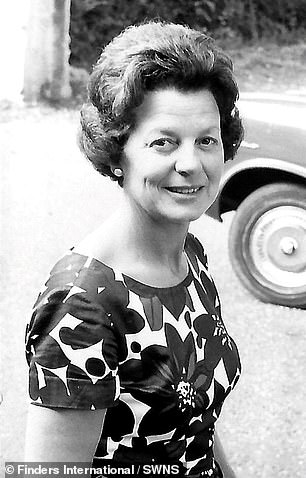 As well as finding out about his daredevil past, genealogists also discovered his only living relative was Elisabeth Wilson (pictured), Tony’s cousin once removed

The annual motorcycle sport event run on the Isle of Man in the summer since 1907.

There have been 260 total fatalities across the different races on the island, 151 of which have taken place during Isle of Man TT races and qualifying sessions.

As well as finding out about his daredevil past, genealogists also discovered his only living relative was Elisabeth Wilson, Tony’s cousin once removed, who inherited his estate worth £30k and two classic cars.

Elisabeth, from Bath, Somerset, said: ‘I got the letter from Finders International just before lockdown and I was gobsmacked.

‘I asked my son to look into it for me and he was happy to confirm it wasn’t a hoax.

‘I never knew or met Tony. I had done some family research into my grandmother’s family but I didn’t find out very much about Tony’s father.

‘It’s very sad to think Tony died and we never knew each other.

The Isle of Man TT: The world’s ‘most dangerous’ race

The event has been run almost every year in May to June since its inception in 1907 – though has been postponed this year due to coronavirus. 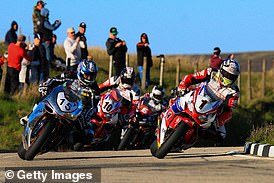 It is a time-trial event, meaning each contestant is racing against the clock to record the fastest time.

Though many safety measures are in place, the race has gained a reputation as being the ‘most dangerous’ race in the world.

Between 1907 and 2019 there have been 151 deaths during official practices or races on the Snaefell Mountain Course. There have been a total of 260 riders killed when including the Manx Grand Prix, and Clubman race series of the late 1940s and 1950s, also on the island.

‘I am really not sure what I’ll do with the inheritance but I’ll most probably share it with my family.’

Tony, from Southampton, Hampshire never married nor had any children.

He was an aeronautical design draughtsman and made his first appearance on the Island in the 1950 Manx, riding a 1948 Mk. VIII Velocette in both races.

In 1963, daredevil Tony became the first man to be airlifted to hospital from Isle of Man when he crashed, then aged 32, in the Isle of Man TT 250cc race.

He was taken to Ramsey Cottage Hospital where he remained unconscious for 10 days, cared for by Matron Myra Kelly.

The pair kept in touch over the years and in 2007 Tony flew back to the island, then aged 76, for the first time since the accident for a heartwarming reunion with his carer.

Tony Godfrey’s friend and mechanic, Chris Oliver, said: ‘Tony and I lived one mile away from each other in Southampton.

‘We were both into motorcycling and both served our apprenticeships at aircraft companies. When Tony started racing he asked me to be his mechanic.

‘It was a hugely exciting time in my life.

‘In 1959 Tony was the British Champion beating Mike Harwood by one point.

‘Then in 1962 both Tony and Mike were invited to the US to compete in the Grand Prix at Daytona Beach, and Tony won it.

‘It was marvellous. It was a miracle that Tony’s survived his accident in the Isle of Man and I was delighted to fly back to the island to bring him home when he was better.

‘Despite his near fatal accident on the Isle of Man, my understanding is that Tony still managed to outlive most of his contemporary competitors.

‘Tony was greatly respected by the racing community and it would be lovely to commemorate him in some way.’ 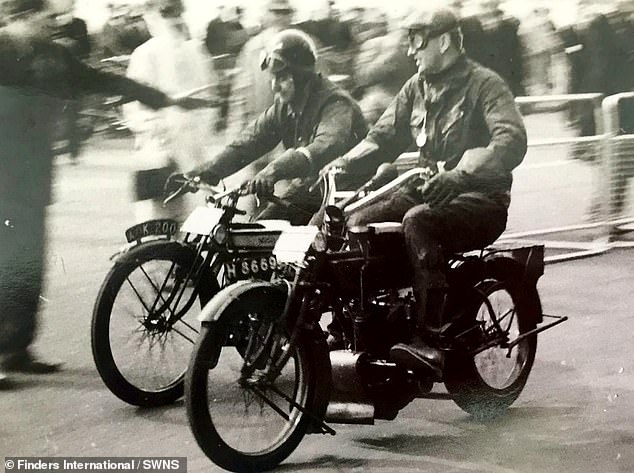 Tony (left), from Southampton, Hampshire never married nor had any children. He was an aeronautical design draughtsman and made his first appearance on the Island in the 1950 Manx, riding a 1948 Mk. VIII Velocette in both races

Daniel Curran of Finders International, said: ‘We were delighted to help the local council in this case.

‘Successfully tracing relatives of a deceased and ensuring their estate goes to the rightful relatives is always a privilege.

‘People are generally really interested to find out further details of their family tree, and this case has been no different.

‘Tony’s life on the track and reports from his fellow motorbike racers and enthusiasts all paint a picture of a true champion.’