Shocking moment street vendor, 35, is killed by the cops in a shootout after he mistakenly thought they were thieves

A street vendor was killed in a shootout with the police in northwestern Argentina after he stepped out of his home and allegedly confused them with thieves.

However, according to Argentina news outlet Periodico Movil, Daniel Salas shot at the police officers multiple times as they chased him through the streets moments after he attempted to knock them off their motorcycles approximately at 2am on Tuesday.

A police report indicated the cops were responding to a 911 domestic violence dispute at a home in the city of San Miguel de Tucumán.

Surveillance video outside Salas’ house showed the moment confronted two cops and threatened them with his weapon early Tuesday at 2:39am.

It is is unclear if he fired his weapon. 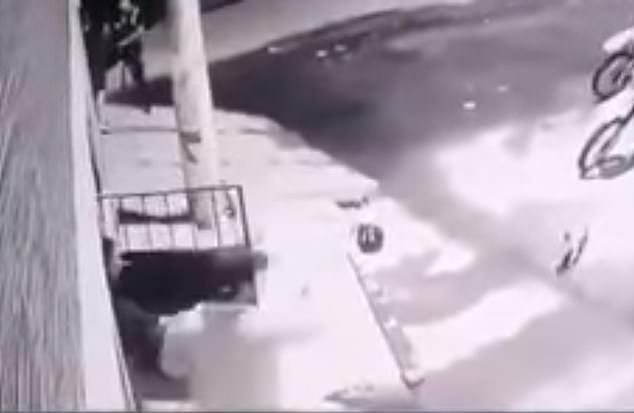 Daniel Salas (lower left) was died after being shot by a cop Tuesday outside his home in the northwestern Argentine city of San Miguel de Tucumán. Surveillance video registered the moment Salas aimed his weapon at the police, including one who fired two shots at him 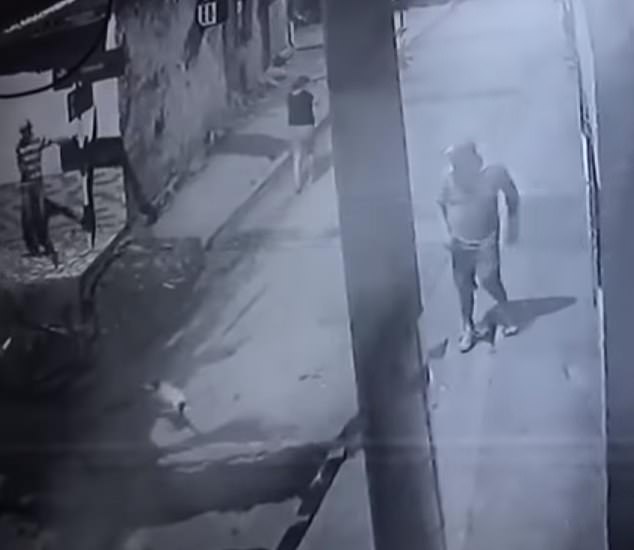 The police say that Daniel Salas (left) allegedly tried to knocks two cops off their motorcycles after he sped down a street where they were dispatched to attend a domestic violence call. They said Salas engaged the cops in a shooting before he drove home and parked his vehicle 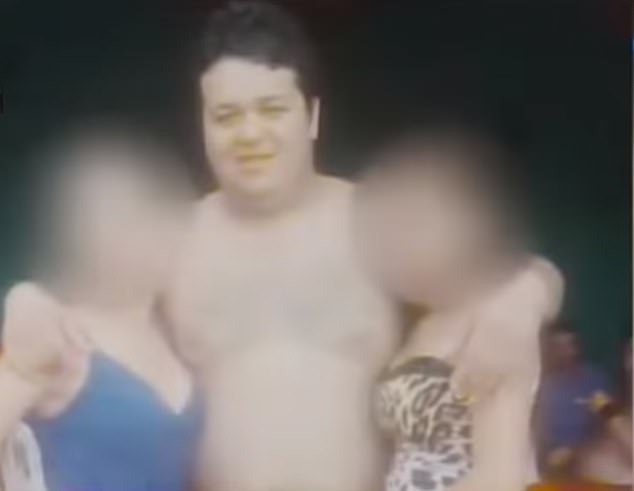 Daniel Salas (center) was shot twice and underwent an eight-hour surgery before dying at a local hospital Tuesday morning in Tucumán, Argentina

A witness said she saw Salas parking his vehicle inside his home’s garage and that he approached the cops when they attempted to force their way inside.

One of the police officers stood several feet away from Salas and fired at least two shots, striking the ice cream vendor in the neck and in right his legs.

Several shots were fired at the cop through a window by someone inside the home while Salas was lying down on the sidewalk. A separate video showed the officer responding with one shot. 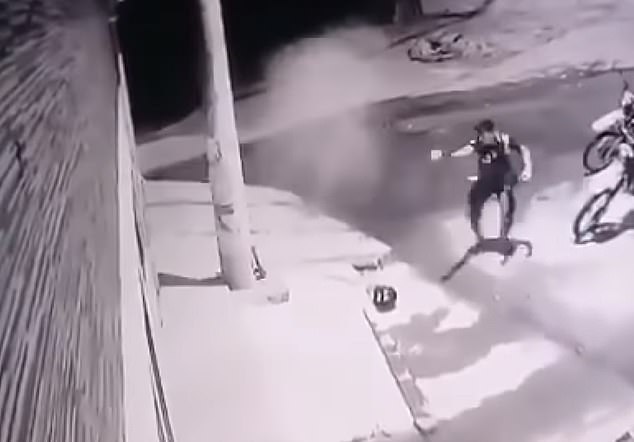 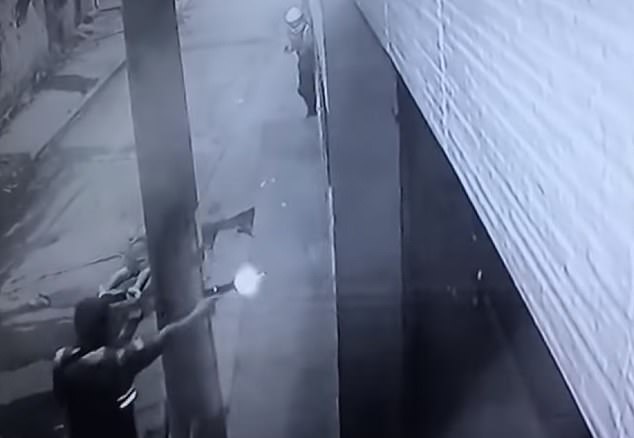 After shooting Daniel Salas (picture lying on the ground), the police officer responded by firing his weapon one time after several shots were fired at him from inside the home 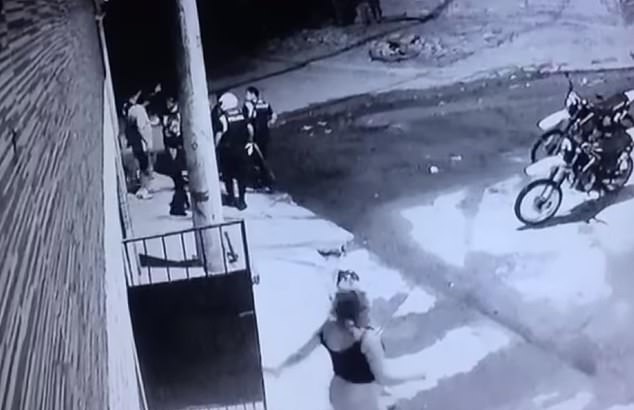 A group of people (top left) confront the police moments after Daniel Salas was shot. Both officers are being investigated by the Justice department in San Miguel de Tucumán, a city in the northwestern Argentine province of Tucumán

A group of people then came out of the residence in the town of La Costanera.

The 35-year-old Salas was taken to a local hospital by his father aboard a truck after spending at least five minutes on the ground.

Salas underwent an eight-hour surgery and was placed in intensive care. He was declared dead at 8:15am.

Both of the police officers, whose names were not released, are being investigated by the Justice department. Authorities confiscated their weapons as well as Salas’ truck and surveillance video.