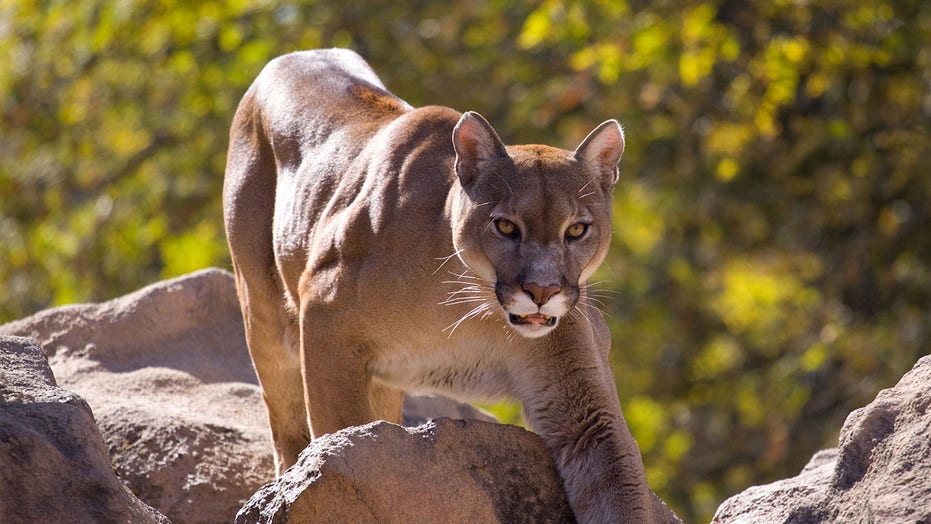 Man fearing for his life backs away from the big cat for nearly 6 minutes.

He went for a run, and ended up running for his life.

One Utah man carefully eluded a mountain lion on a hiking trail and caught the harrowing encounter on film, as seen in a now-viral video.

Kyle Burgess was in the midst of a 2-mile run on the Slate Canyon trail near Provo on Saturday evening when he crossed paths with some wild kittens, Deseret News reports. He began filming on his phone, and quickly realized the felines weren’t just any cool cats — they were mountain lion cubs.

“I didn’t really know what kind of cubs they were or what animal they were,” Burgess told Fox 13. "Once I did realize what they were, I was like, that’s mom right there. I’m screwed.”

A moment later, the cubs’ protective mother emerged and charged at the 26-year-old man, who caught the terrifying 6-minute encounter on camera.

“No! No! I'm big and scary! Go away!” Burgess yelled at the mountain lion as she followed him down the rocky, tree-lined path.

About 3 minutes in, the aggressive cougar lunged three times and hissed. The Orem man hollered right back, yelling, cursing, and growling at her, backing away slowly and not turning away.

“This is scary, my heart is racing,” the man later exclaimed.

After nearly 6 minutes of being stalked, Burgess quickly grabbed a rock and threw it at the large cat, who finally ran away in the opposite direction.

“Holy cow. Yeah, not going back that way,” he breathlessly declared, concluding a clip that has been viewed over 500,000 times on YouTube.

In the moment, Burgess explained, he was struck by how “beautiful” the mother cougar was, but how “scary” it was to be followed, sensing she wanted to attack.

“My emotions were a jumbled mess,” he told Deseret News.

Burgess described the fanfare his now-viral video has received as “insane,” but officials with the Utah Division of Wildlife Resources (DWR) say he followed almost all the right steps to safely escape the mountain lion.

“He backed away. He didn’t go toward the mountain lion or her kittens,” Scott Root, DWR conservation outreach manager, told the outlet. “He made a lot of noise. … He stayed large, he stayed loud and he backed away from the area for quite a while. I think he did everything really well.”

Adventurers in the Beehive State can learn more about how to stay safe in “cougar country” if they, too, encounter a mountain lion through Wild Aware Utah, an education program promoting wildlife awareness and safety information.