This is the shocking moment a man was severely injured after a bear attack while walking to work in Kashmir, India.

Ghulam Qadir Sheikh, 55, was the subject of an unprovoked attack by the animal on Thursday in the Budgam district in northern India.

Video footage shows a passer-by trying to help the victim using a stick to beat the bear, who had wrapped his paws around the man’s arms and body. 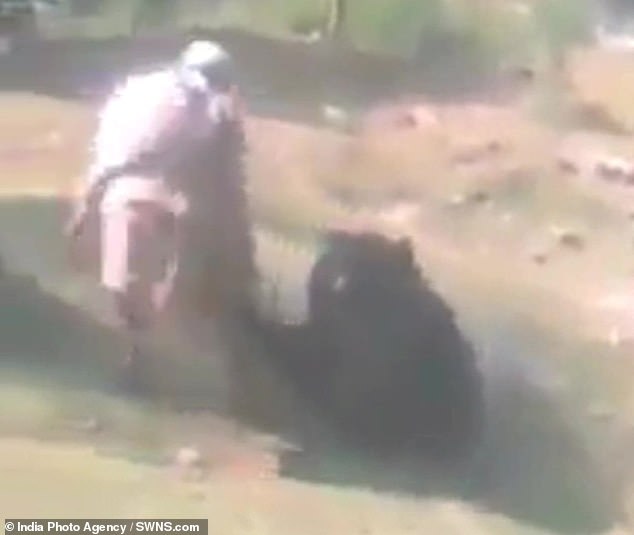 Shocking footage shows a man from Kashmir, northern India was attacked by a bear on his way to work, leaving his severely injured 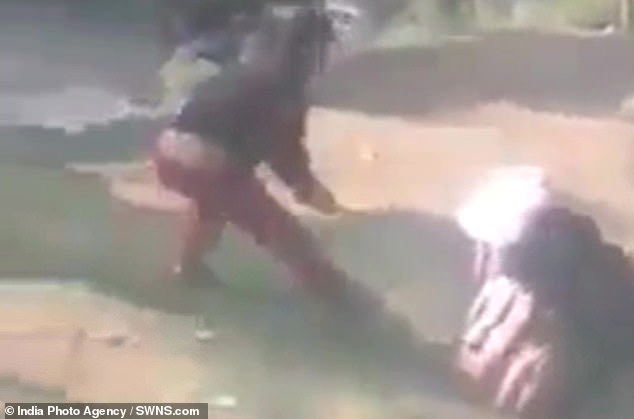 Ghulam Qadir Sheikh , 55, (pictured right, with the bear) was the subject of an unprovoked attack by the bear and needed a passer-by (left) to beat the animal with a stick to help him break free

With fellow by-standers also screaming at witnessing the attack, the bear then let his victim go before briefly chasing him up a hill.

Ghulam was rushed to hospital and was recommended to larger facility for additional treatment.

The man’s current condition is not known.

The shocking incident last Thursday  is the latest in a series of bear attacks in the Jammu and Kashmir district in recent weeks.

It was reported on 21 June that a school teacher, his wife and a student were attacked by a bear in a garden in Anantnag, leaving them all seriously injured.

And a further three people were grievously injured in south Kashmir last week after being attacked by an animal in an orchard.

Wildlife Departments in the Kashmir area are told to trap, tranquilize or shoo bears towards wild forests in the event of an attack on civilians.