FIVE people have been stabbed in a knife rampage at a shopping centre in Manchester today.

Anti-terror cops are investigating after terrified families described a knifeman "running and lunging" at shoppers in Starbucks. 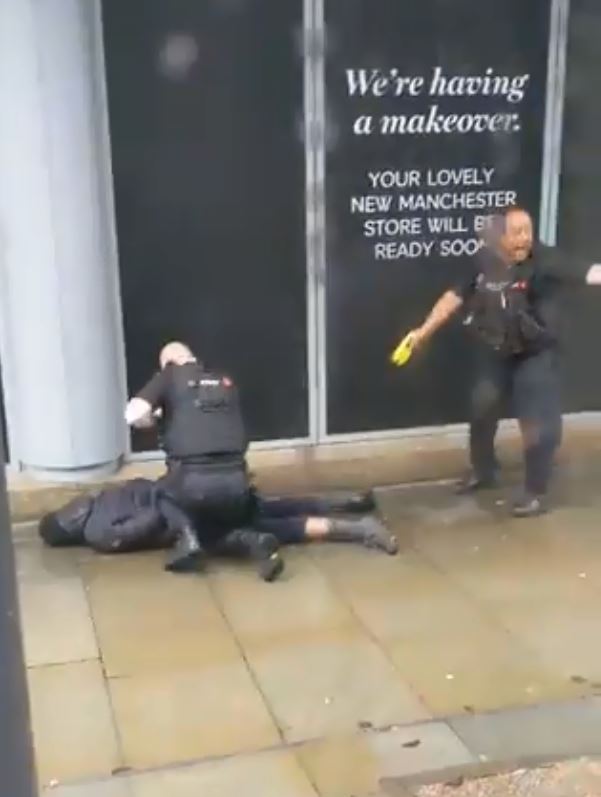 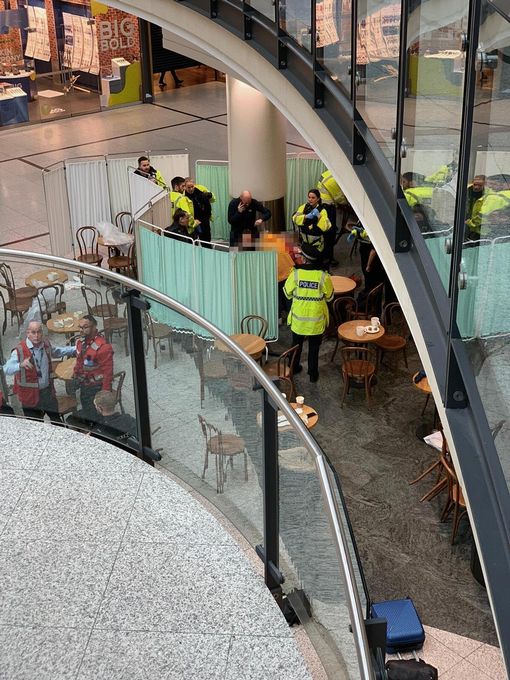 Horrified witnesses heard screams as armed cops raced to the scene at the packed Arndale Centre in Manchester city centre.

Dramatic footage shows a suspect being pinned by down by Taser cops in the street.

Details are still unclear but the Manchester Evening News reports two women were knifed in the hand and a man suffered stab wounds to the back and stomach.

A man was running around with a knife lunging at people

Police added that a further two people were injured in the rampage.

But cops have only arrested a man in his 40s over the attack which has led to the shopping centre being evacuated.