Mare-y had three little lambs! Mountain pony adopts three orphan lambs and even feeds them her own milk

A mountain pony has adopted three orphaned lambs in what is an unlikely case of animal bonding.

Ten-year-old horse Heidi took on the care of the young trio following the death of their own mother, and even feeds them with her own milk.

The maternal mare is on loan to Becky Popham, who keeps her in a field in Somerset. 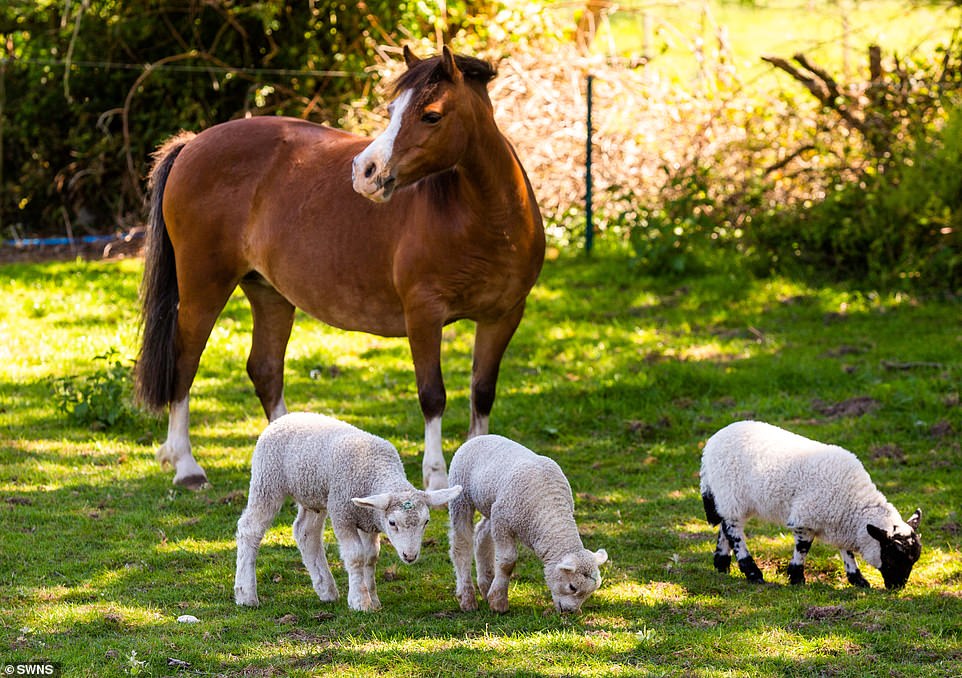 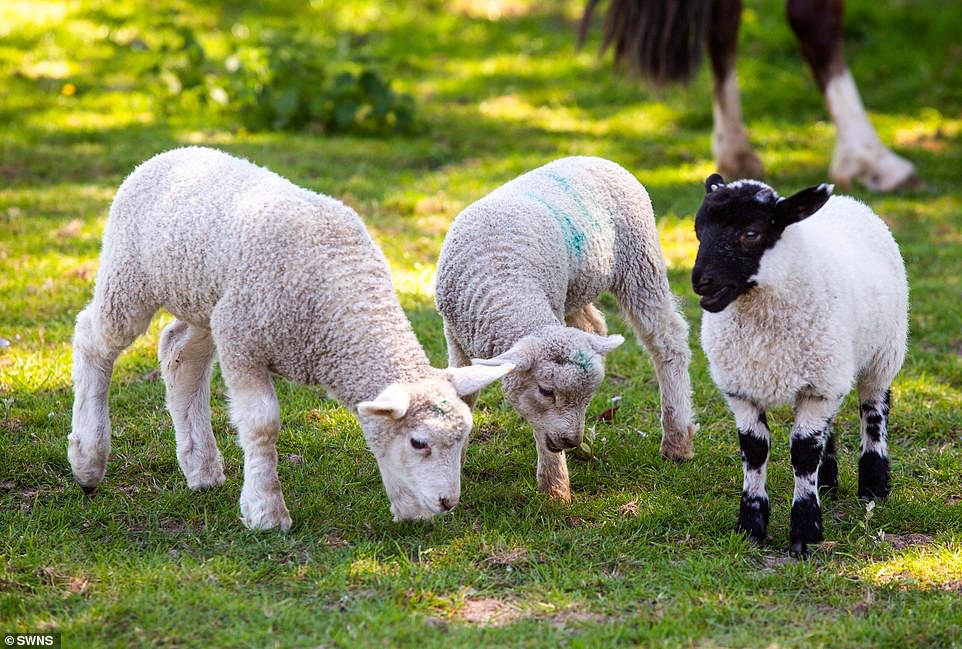 The baby sheep, named Prince, Dewdrop and George who are all four-week-olds, were bought by Becky Popham

She bought the baby sheep – Prince, Dewdrop and George, all four-week-olds – from a farmer and put them in with Heidi.

Ms Popham said the Welsh mountain pony soon became concerned about the lambs and began lying with them.

The mum-of-three added that she had checked the unusual feeding arrangements with a vet, who said it was ‘absolutely fine’.

Heidi, who had a foal about five years ago, has been staying with Becky and her daughters – aged ten, nine and five – for about three months. 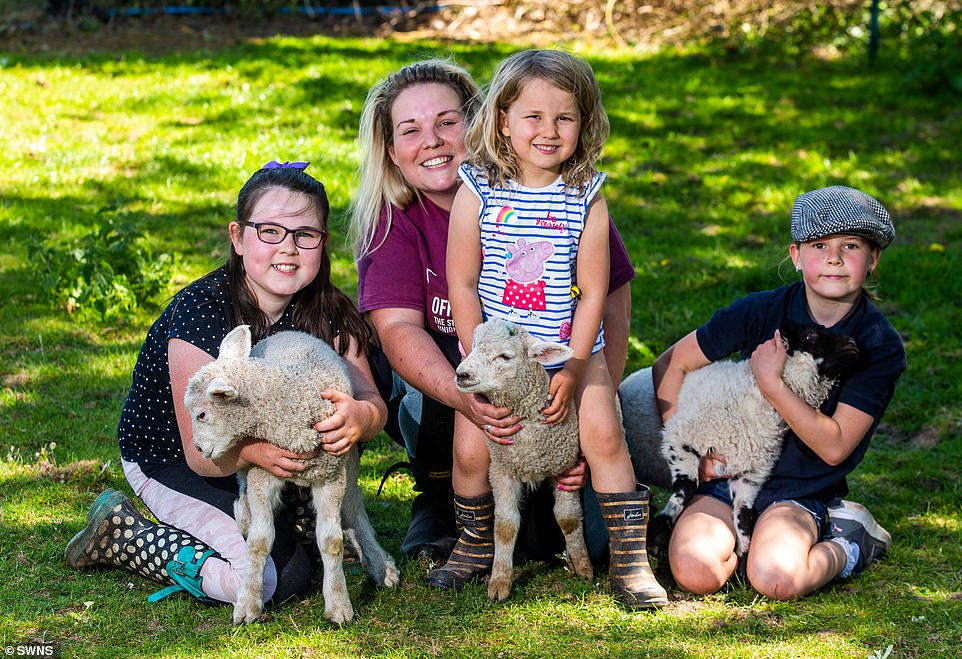 Becky, 33, who also bottle feeds the lambs three times a day, said: ‘I put them in with her because she wasn’t worried about them.

‘Heidi started by lying down with them and from there they started standing under her. She then started licking them and she’s producing a little bit of milk to feed them. 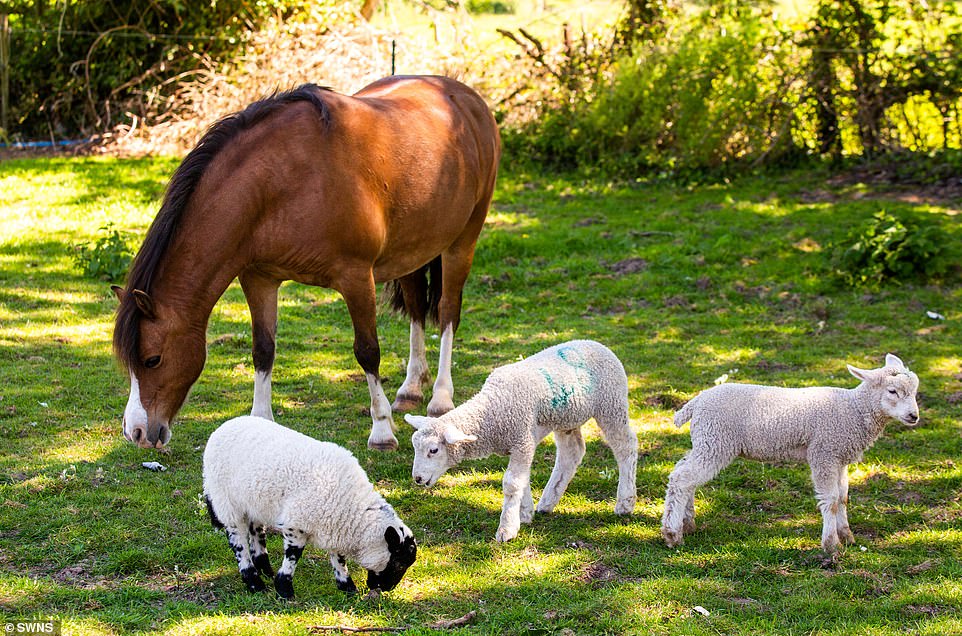 Becky, who also bottle feeds the lambs three times a day, says Heidi started lying down with the lambs and producing milk to feed them

‘I ran it past the vet and he said it’s absolutely fine, and it’s just one of those random things of nature. Her maternal instincts have just kicked in.

‘She lets them latch on and they butt up into her udders like lambs do – and she stands there and licks them, it’s very cute. She obviously knew they needed a mummy.’

‘What she’s doing with the lambs is so rare,’ Becky added. ‘I’ve only heard of it happening once before.’