Cruz, a Republican Texas Senator, took glee in the league’s extremely low numbers. Just 6.61 million tuned in to watch Game 2 between Los Angeles and Miami last Friday (a more typical number would be in 10 million-12 million).

Cuban, the billionaire owner of the Dallas Mavericks, meanwhile, clapped back at a local politician applauding local businesses (Texas is home to franchises in not just Dallas, but Houston and San Antonio) doing “poorly.”

Essentially this was the latest in basketball becoming a political football as the NBA prepares for Tuesday’s Game 4, with the Lakers leading a suddenly intriguing series 2-1.

This is a well-worn path and perhaps a uniquely modern one.

Everything is so partisan that Cruz and those like him are celebrating and pointing to the league’s decision to fully embrace the social justice movements of their players — “Black Lives Matter” is painted on the court and social awareness slogans are printed on the back of many jerseys.

“The NBA is engaged in a concerted effort to (1) insult their fans and (2) turn every game into a left-wing political lecture,” Cruz wrote on Twitter.

It would be wholly dishonest and completely ridiculous for anyone to argue that the league’s public support for those causes, or any political causes, isn’t adversely affecting ratings. Of course, it is. 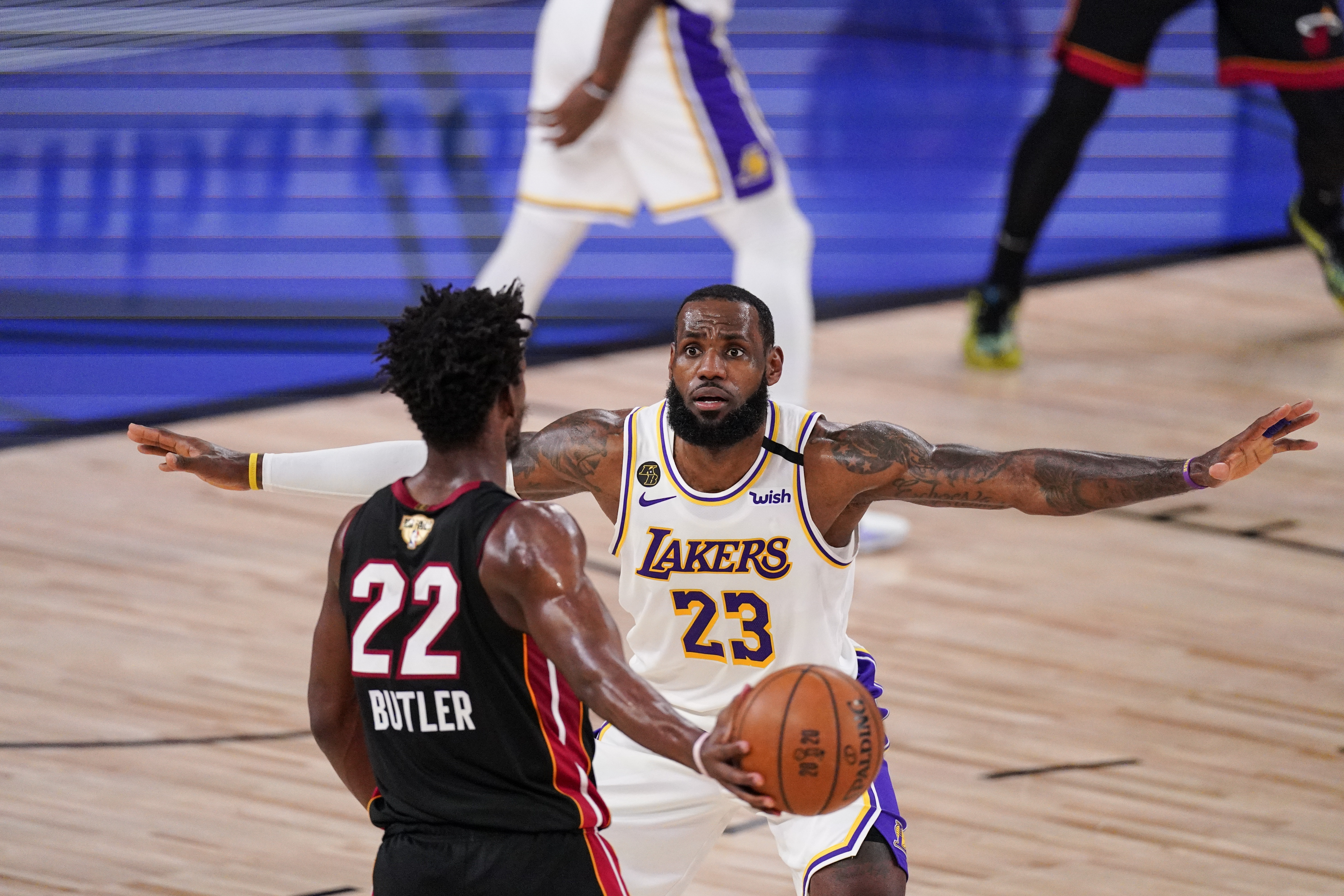 There are plenty of Americans who are hyper-political and view pretty much everything as us vs. them, even tuning into a basketball game. There are many others who view sports as a way to drown out the real world, and any reminder of it is a turn-off.

Agree with them, disagree with them, argue nuances, it doesn’t matter. All of those people have the inalienable right to conduct the most peaceful of all protests … turn the channel.

That said, it would be wholly dishonest and completely ridiculous to say that “politics” is what is causing the NBA’s ratings decline. It is just one of myriad reasons.

The biggest is that the NBA is staging its Finals in October, not June. It isn’t just running up against direct competition from baseball, college football and, most notably, the NFL. Game 3 of the NBA Finals was seen by just 5.94 million people against Sunday Night Football, which was watched by 15.08 million.

It’s not just head-to-head competition, though, on television. Most years, the NBA dominates media coverage during the Finals, helping market stars and create the kind of storylines that draw in casual viewers. That isn’t happening now, where even on ESPN/ABC, which is broadcasting the Finals, the NFL remains king on its talk and news shows.

There’s more, of course. Games being played in essentially a sound stage are lacking as a television product compared to a wild, packed arena. Miami isn’t a big market with a big star (if Boston had reached the Finals, there’d be at least a few more viewers).

And, maybe most notably, there is a fierce presidential election going on that always impacts sports ratings, even the NFL’s.

As for Friday and Sunday, there was the additional fact that the president of the United States was hospitalized with a potentially deadly virus. That’s the kind of thing that makes Game 2 of the Finals seem inconsequential and drives people to cable news stations.

Really, though, who cares?

Other than whatever self-esteem boost Cruz gets from laughing at the NBA, it’s not like the league is going to fold up shop here. Television ratings will rebound and everyone will still be making a lot of money. (The league’s $24 billion deal with ESPN runs through 2025, for example. It’s why the NBA has given no indication it is going to change course.)

“We have the audience our advertisers want,” Cuban often argues, and he’s right about that. Young fans outnumber old fans, and if you’re selling Sprite, that matters.

If we are going to grossly generalize the politics of fans, the NBA is well aware that the ones most valuable to them are generally supportive of the political messages that its players are sending. On average, the fan who buys tickets, merchandise and regularly tunes into games lives either in a city or a close suburb (which politically is trending significantly in the NBA’s direction). They are also younger and more diverse than the country at large.

The league is playing to them over (and again, this is a gross generalization) a more conservative, rural American who only tunes in for the Finals.

If we’re going to stick to sports, there is another critical factor in the NBA Finals’ ratings issues. Miami lost two of its star players (Bam Adebayo and Goran Dragic) to injury in Game 1, taking its chances at winning from underdog to improbable. LeBron James and the Lakers then made both of the first two games boring blowouts. This series was a dud.

In Game 3, that changed, though, at least for now. Miami’s Jimmy Butler poured in 40 points. Coach Erik Spoelstra designed a masterful game plan, and the Heat made it interesting.

That’s why, for those of you who aren’t overly political and might be interested in watching what could — could — be a fascinating basketball game, well, it’s sitting there for you on Tuesday Night. Can Spoelstra/Butler do it again? How will LeBron respond? Will Bam be back?

The Lakers are still the favorites, but Miami showed it can still land a punch.

If what’s painted on the court is too much for you, then go watch something else. For everyone else, this might be worth checking out now.