People close to the situation said that Trump was angry about the comments and released the update to counteract the perception that he was very sick, the New York Times claimed. 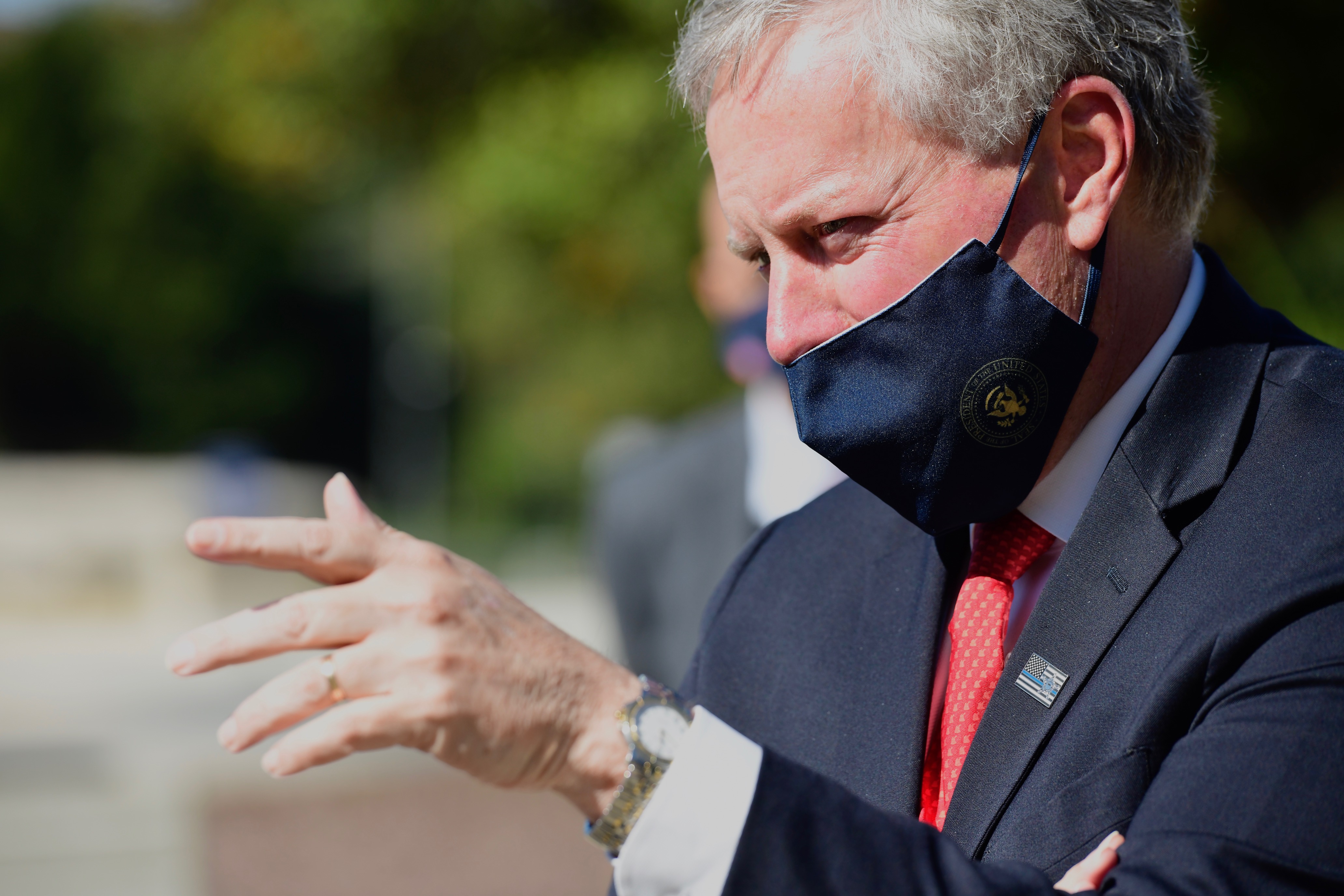 The White House Chief of Staff provided an update to reporters on Saturday "off the record," but was caught on camera.

"The president's vitals over the last 24 hours were very concerning and the next 48 hours will be critical in terms of his care. We're still not on a clear path to a full recovery," Meadows said.

“He's made unbelievable progress from yesterday morning, when a number of us – the doctor and I – were very concerned,” he said.

“Yesterday morning we were real concerned. He had a fever and his blood oxygenation had dropped rapidly.”

Trump then shared a video message from hospital, warning the "next few days will be the real test" in his fight against coronavirus. 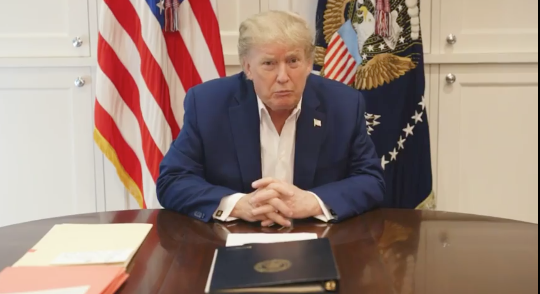 "I’m starting to feel good. You don’t know over the period of a few days – I guess that’s the real test."

"We’ll be seeing what happens over the next couple of days."

He added that he'll "'be back soon" and will "finish the campaign."

One month from Election Day, Trump is facing a credibility crisis as yawning as his health crisis, at a moment when he needs the public’s trust the most.

The president’s coronavirus infection, as well as the illnesses of several aides and allies, has imperiled the highest levels of the U.S. government. The White House’s efforts Saturday to project calm backfired in stunning fashion, resulting in a blizzard of confusing and contradictory information about the health and well-being of the commander in chief. 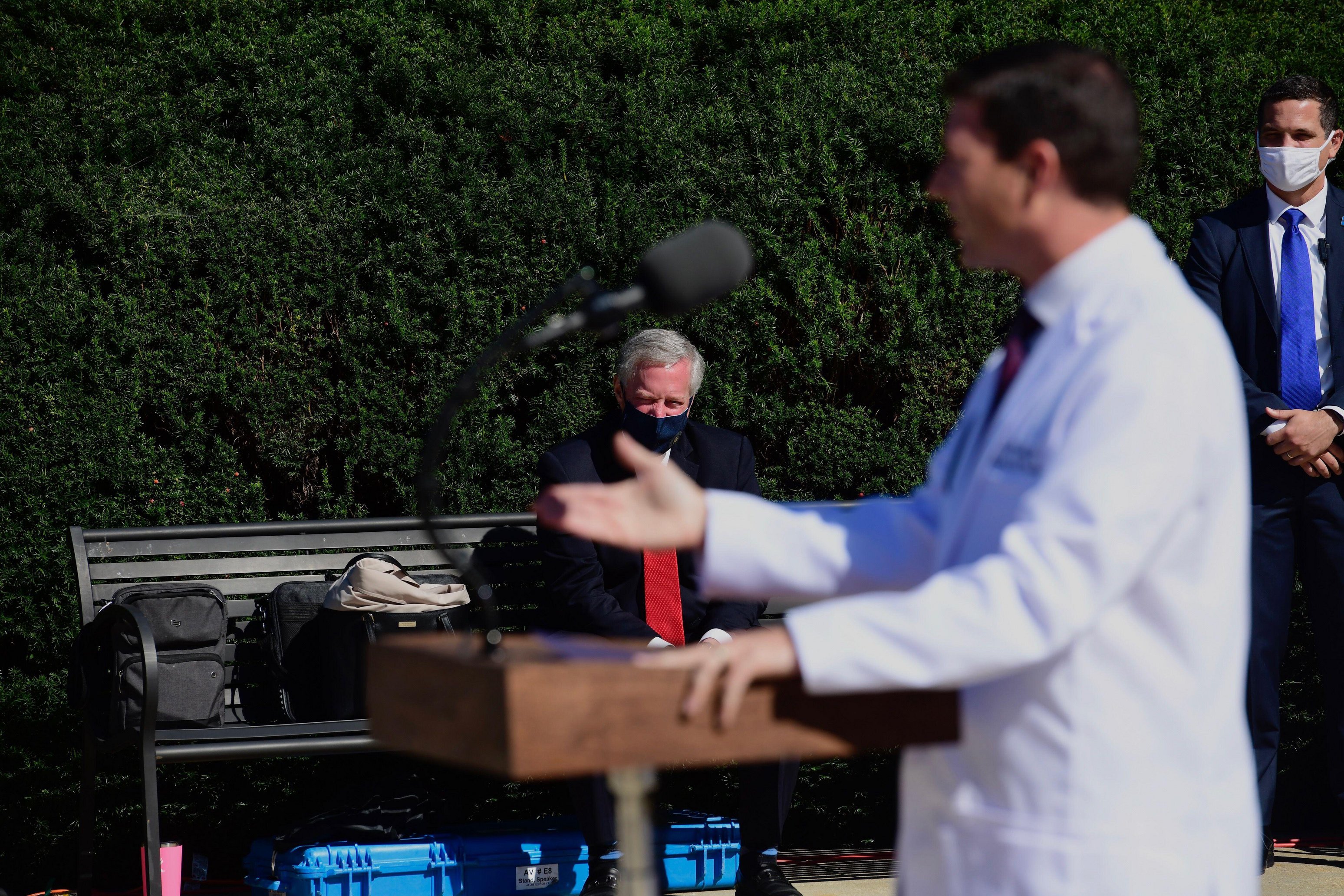 It’s a moment months in the making, the collision of Trump’s repeated defiance of his own administration’s guidelines for staying safe during the pandemic and his well-known disregard for facts. The result: deep uncertainty for Americans over whom and what to believe about the health of the nation’s leader at a perilous moment in U.S. history.

“This is bigger than Donald Trump. It’s about the institution of the presidency,” said Robert Gibbs, who served as President Barack Obama’s first White House press secretary.

For any president, credibility in a crisis is paramount — the ability to rally Americans of every political persuasion around a commonly accepted understanding of the situation. For a president on the brink of an election, particularly one held in as tumultuous a year as 2020, it could be the difference between serving one term or two.

Yet Trump has squandered widespread credibility from the very start of his presidency, spending his first full day in office disputing official tallies of the crowd size at his inauguration and asking Americans to disregard photographic evidence showing that he drew fewer people to the National Mall in Washington than his predecessor. 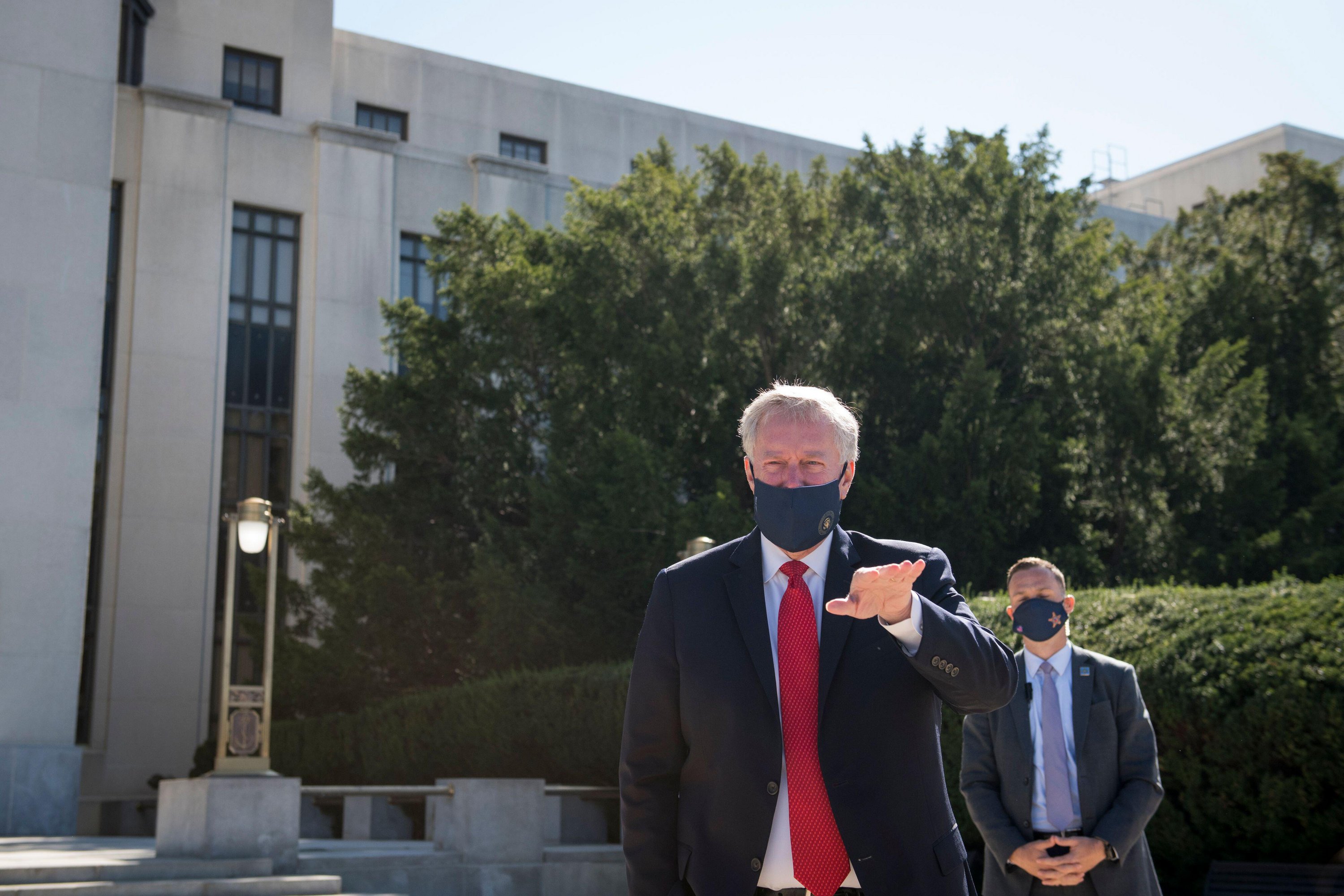 The episode set the tone for the rest of his administration, with Trump creating alternate realities around issues big and small, amplified by the help of friendly media outlets. He frequently touts records and milestones that don’t exist. He spreads baseless rumors about his political opponents, including declaring without evidence that Joe Biden, his Democratic rival in the 2020 presidential campaign, might be on drugs in their debate.

Yet Trump’s credibility has come under even greater scrutiny during the pandemic, the single biggest test of his presidency. He’s repeatedly downplayed the threat of the virus in public, despite telling journalist Bob Woodward privately in February that COVID-19 was more deadly than the flu. He’s floated unverified and harmful treatments, including suggesting Americans could inoculate themselves by injecting bleach.

In April, just weeks after the pandemic took hold in the U.S., only 23 percent of Americans said they had high levels of trust in the information the president was providing the public about the virus, according to a poll from The Associated Press-NORC Center for Public Affairs Research.

As Election Day draws near, Trump has increasingly flouted public health guidelines and many of the scientists advising his administration, eager to make the case to voters that the worst of the pandemic that upended nearly every aspect of American life is behind them. 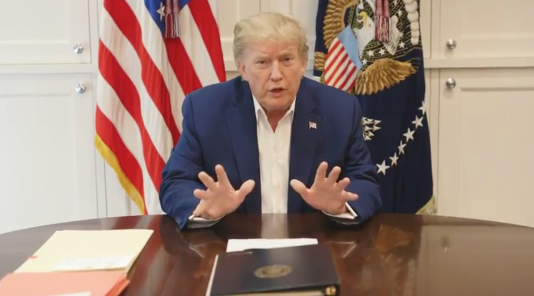 For weeks, Trump has been traveling across the country holding large rallies and hosting events at the White House without social distancing or requiring guests to wear masks. That includes a crowded ceremony in the Rose Garden last weekend to announce the Supreme Court nomination of Judge Amy Coney Barrett. Several attendees, including two U.S. senators and first lady Melania Trump, have since announced they have tested positive for coronavirus.

They, and the president himself, are now among the more than 7 million Americans who have been infected. More than 205,000 Americans have died.

It’s not clear how Trump became infected. He announced on Twitter at 1am Friday that he and Mrs. Trump had tested positive for the virus; the following evening, he was transported via the presidential helicopter to a military hospital just outside of Washington. The only details the White House provided were that the hospitalization was precautionary and that Trump’s symptoms were mild.

On Saturday, the White House tried to fill in the details with a televised briefing by Trump’s physician, who painted a sunny picture of the president’s situation, emphasizing that he was still working, walking on his own and not laboring to breath. But Dr. Sean Conley notably refused to provide some specific details, including repeatedly sidestepping questions about whether the president had at any point required oxygen.

Shortly after, and off camera, White House chief of staff Mark Meadows gave journalists a more troubling depiction. After describing Trump’s symptoms as “mild” the previous day, Meadows now said the president’s situation had been “very concerning.” Though his health was improving, Meadows said the next 48 hours would be critical.

A person familiar with the president’s treatment also confirmed that he had required supplemental oxygen Friday morning.

The conflicting information sparked an outcry, even among some Trump allies who privately wondered how the president’s team could have been so unprepared for the first major disclosures about his condition. The White House tried to quell the frustrations on Saturday night, releasing a four-minute video of Trump saying his condition was improving and that he was looking forward to resuming campaign activities soon.

But to those who have grown weary of Trump’s record on transparency and the truth, there was little hope that the coming days would bring a greater level of clarity.

"These are the patterns of this presidency, and for Trump, the patterns of a lifetime," said Peter Wehner, a Republican who served in President George W. Bush’s administrations and a Trump critic. "There's no reason to believe he or his inner circle are going to change."