The 55-year-old had looked frail and almost unrecognisable in a snap taken with a fan earlier this month in Tibet.

In the picture Jet is seen smiling but the shot sparked concern amongst fans who know him best for his action roles and full head of hair.

The fan captioned the shot: “So, apparently, Jet Li is suffering from hyperthyroidism and spinal problems and this is him now.”

In a Facebook post the actor moved to dispel rumours over his health, saying: "I would like to thank all my fans who expressed concerns about my health.

"I'm doing great and feeling great! I'm excited to share with you all a few projects I am working on in the near future. For now, thank you all for your concerns!" 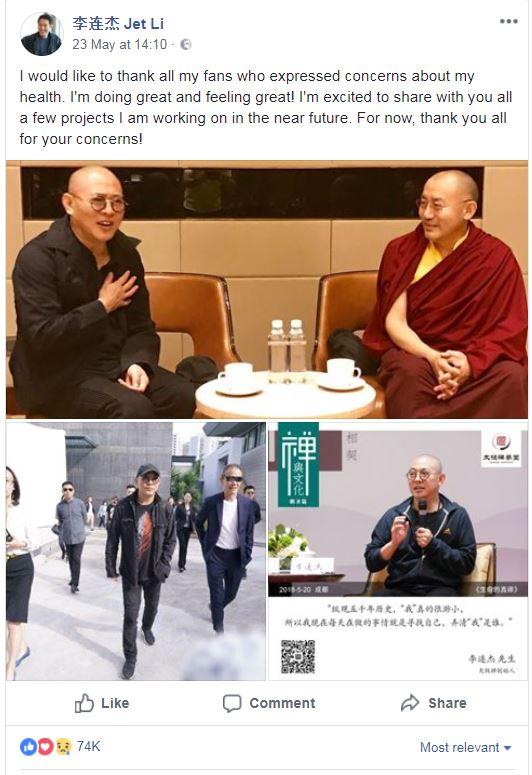 Previously, his manager Steven Chasman has responded to concerns over the image, revealing it is in fact just a bad picture.

He told The Washington Post: “He has hyperthyroidism that he’s been dealing with for almost 10 years.

"It’s nothing life-threatening and he’s dealing with it. He’s all well and good.”

Jet was diagnosed with hyperthyroidism in 2010 and revealed in 2013 that he was taking medication for it. 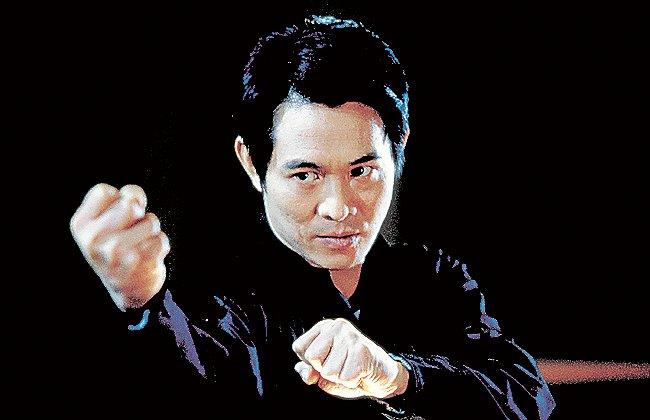 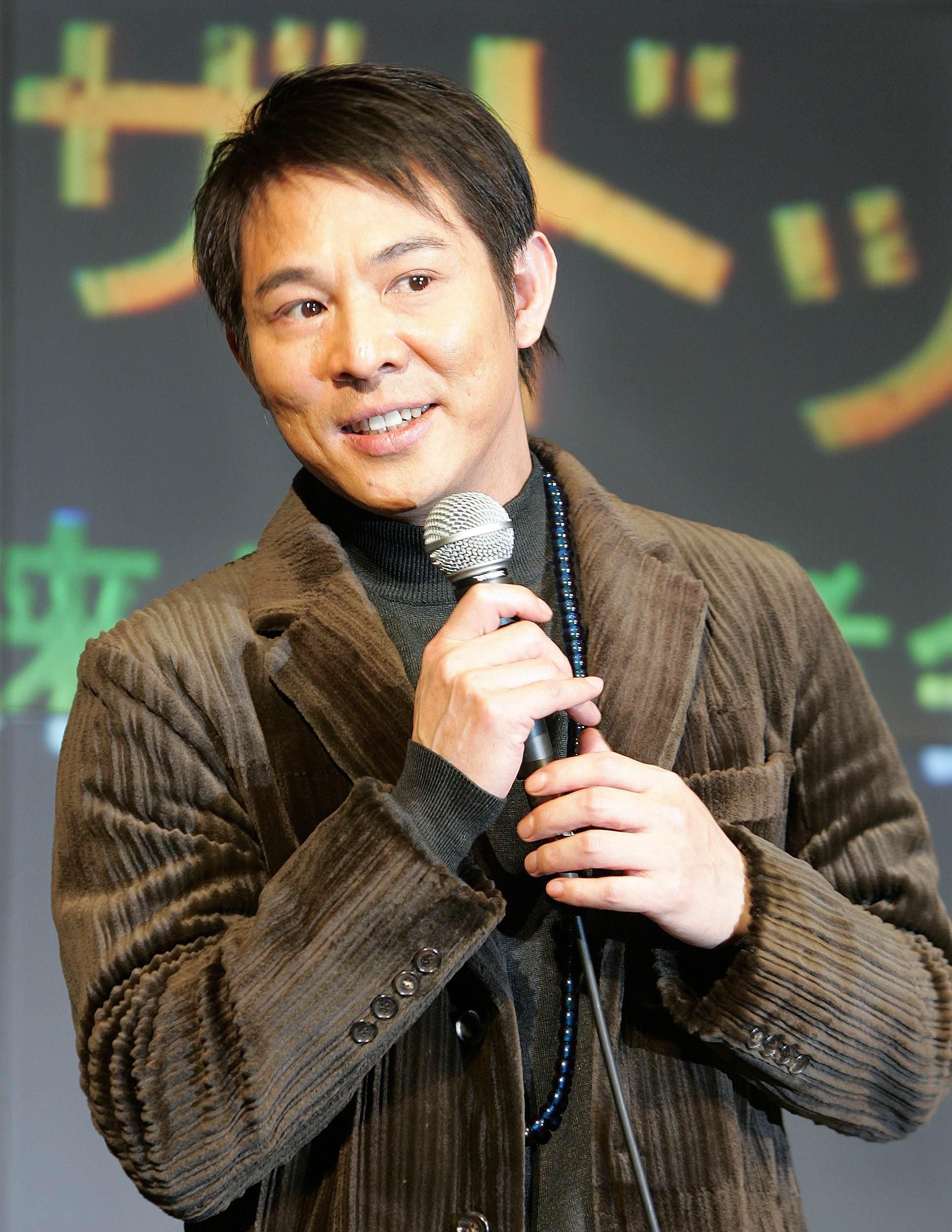 According to the South China Morning Post the actor has suffered with spinal and leg problems following years of stunts and injuries on set.

Last year the actor is also believed to have said at a dinner for his charity, One Foundation, that his illness kept returning.

In 2016 he shut down rumours he was unwell, telling Straits Times that “even my friends are concerned and are asking how I am”.

HYPERTHYROIDISM is also known as having an overactive thyroid.

It's where the thyroid gland produces too many hormones.

The thyroid sits at the front of the neck and produces hormones that affect your heart rate and body temperature.

Too many of these hormones can lead to serious health problems

An overactive thyroid can trigger a number of symptoms, including:

If you spot these signs it's important to see your GP to get a check-up.

A simple blood test can check your thyroid and help spot hyperthyroidism.

If it's not treated, with medication or surgery to remove part of the thyroid, it can cause longer term issues.

These include eye problems, pre-eclampsia in pregnancy, miscarriage or premature birth, and a thyroid "storm" – a sudden and life-threatening flare up of symptoms. 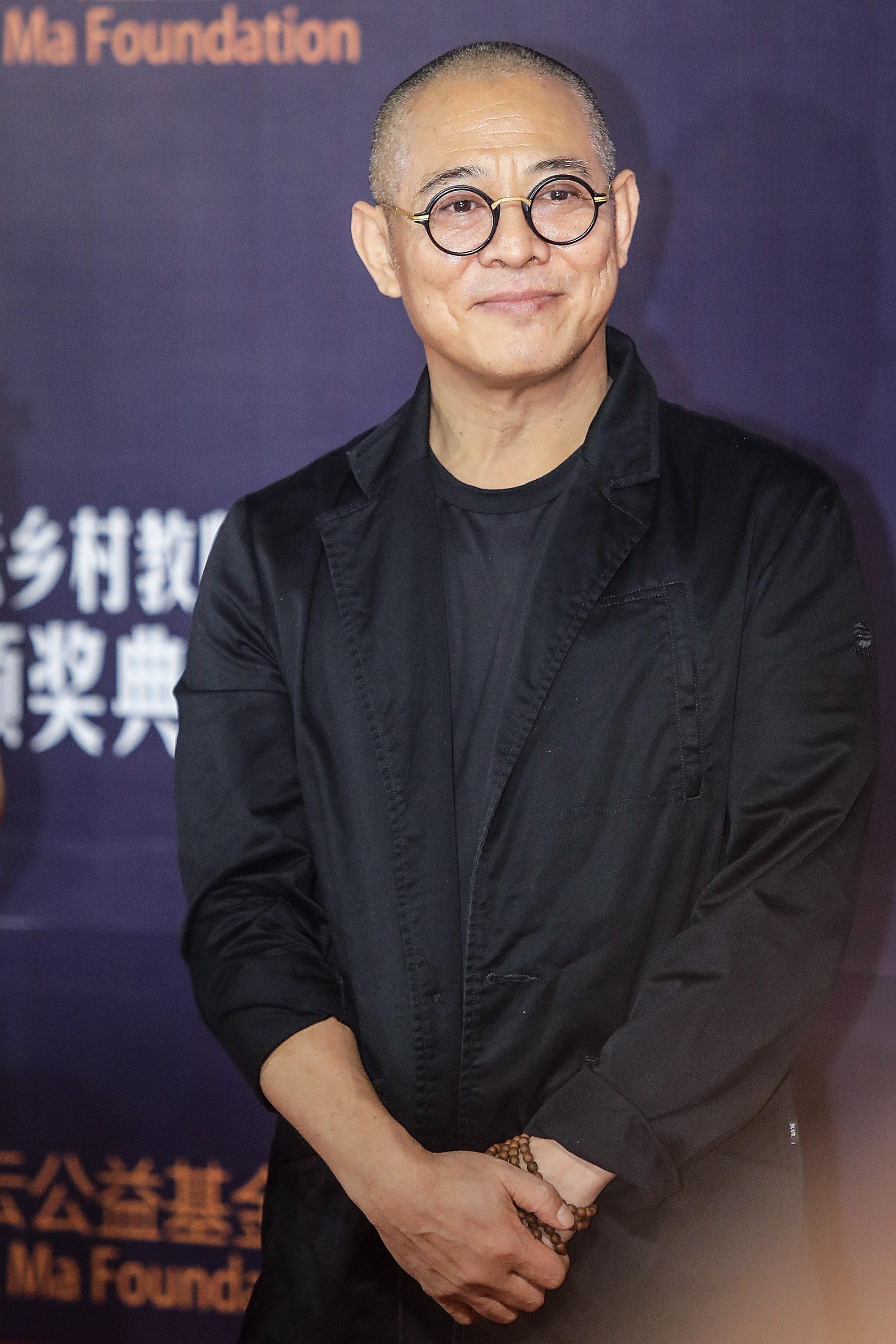 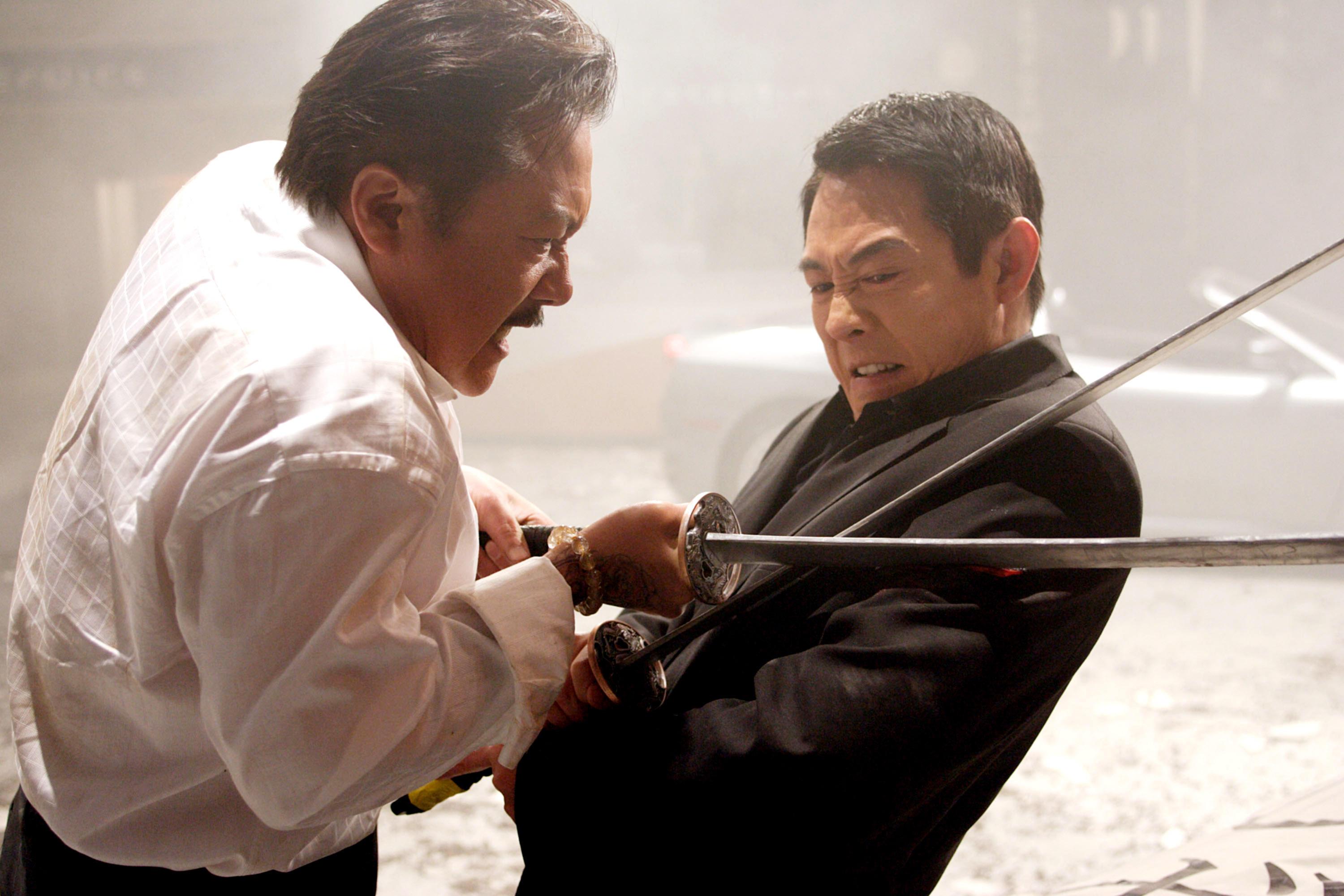 He reassured fans saying: “There is nothing to worry about my health.

“I’m not sure which wheelchair company is putting out such news to sell more wheelchairs. Perhaps someone wants me to be a spokesman for their wheelchairs.”

Jet Li is known for his roles in Lethal Weapon 4, Kiss of the Dragon and Romeo Must Die.

He has worked alongside Jackie Chan, Sylvester Stallone and Jason Statham.

Hyperthyroidism is an overactive thyroid producing too much thyroxine. It can significantly accelerate the metabolism of the patient’s body resulting to sudden weight loss, irregular heartbeat, sweating and irritability.