Maryland officers save 9-month-old, 3-year-old, 2 adults from vehicle that crashed into pond 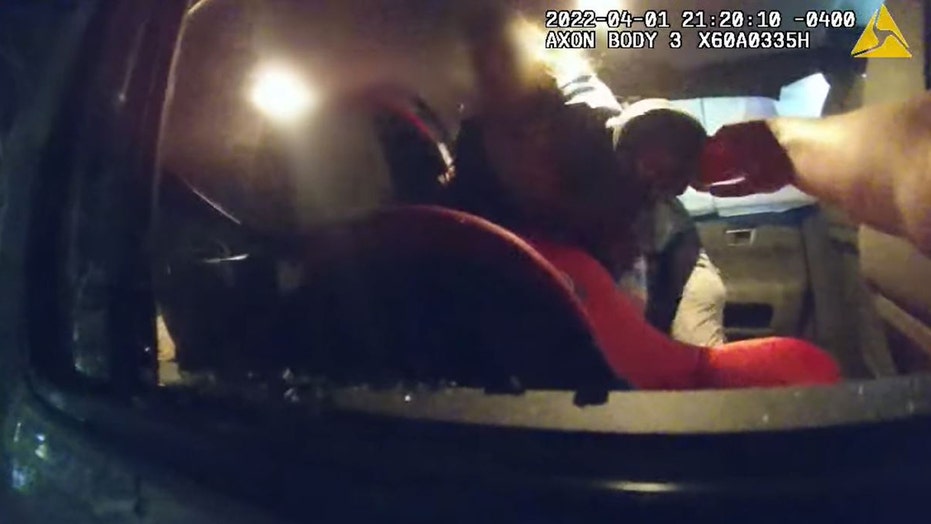 Maryland police shared video of officers jumping into action to rescue a 9-month-old, a toddler and two adults trapped inside a half-submerged vehicle that crashed into a pond last week.

An officer was patrolling the area of Severn-Danza Park in Severn, Maryland, around 9:15 p.m. when he heard a vehicle crash nearby, the Anne Arundel County Police Department said.

The officer located the vehicle, which police said had lost control, went off-road and barreled through trees and fence before crashing into a drainage pond in the park.

The vehicle was taking on water with four people still trapped inside, police said.

“The supervisor and an officer, without hesitation, leaped into action to conduct a rescue of the four occupants, including a 9-month-old and 3-year-old child,” the department said. 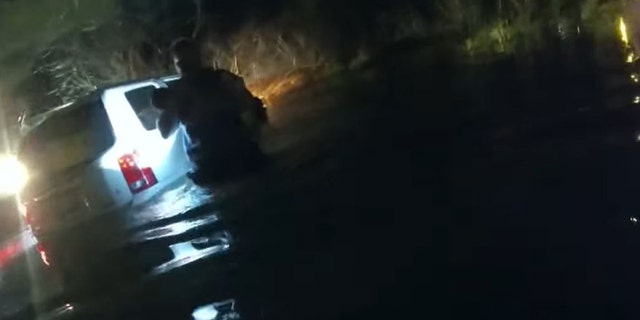 Bodycam video shows the officers breaking the passenger-side windows to get to the trapped individuals. They then carried the children to safety before returning to help the adults.

“Aside from being cold and wet, everyone involved was unharmed,” police said. 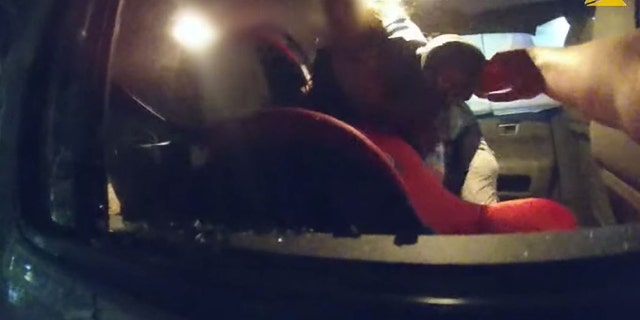 Officers carried the 9-month-old and 3-year-old children to safety before returning to help the two adults.
(Anne Arundel Police Department)

Ramirez-Lopez was arrested due to outstanding warrants.