A Massachusetts school bus driver returned to the classroom and earned his college degree, thanks to encouragement from the students he drove every day.

Clayton Ward attended college in Virginia but dropped out after a few semesters when the demands of school and work became too much. He moved to Framingham, Mass., and took up driving school busses, much like his family did back in his home state of Tennessee.

As he drove the students to and from school every day, he would talk about their classes. As a self-described history buff, Clayton shared what he had learned from his few previous semesters at college. 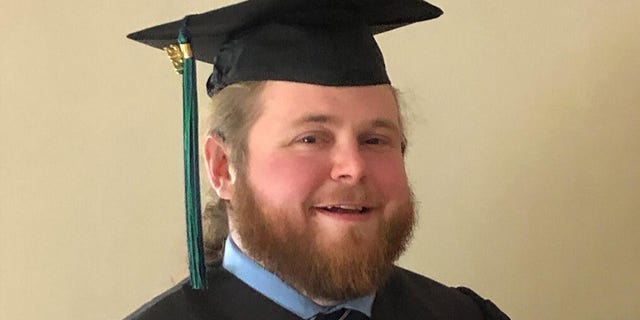 Clayton Ward was inspired to return to college by the very students he drove to and from school every day.
(Massbay Community College)

“I really enjoy working with kids, especially the high school students, and during the bus routes, we would chat about their classes,” Clayton said in a statement on the MassBay Community College website.

After some discussions, the students would say they wanted Clayton as their teacher.

“I think they only said that because I was a different person than their regular teachers, educating them in a different way to pique their interest,” Clayton explained. “But, however small that mention was from those kids… it stuck with me and gave me the motivation to complete a goal I had started years ago.”

Talking to his student passengers renewed his “sense of passion for expanding and teaching young minds,” he said, so Clayton enrolled at MassBay Community College in May 2019. His goal was to become a high school history teacher, first by earning his associate degree, then transferring to a four-year institution.

Clayton worked full-time as a bus driver and also attended classes full-time at MassBay. He would take classes between route shifts and every night, as well as classes online to complete his requirements.

He graduated one year later with a 4.0 GPA — the highest GPA in the Liberal Arts Program and the Humanities and Social Sciences division, the school said.

In the fall, Ward will transfer to Framingham State University to pursue his bachelor’s degree in history, with a minor in secondary education.