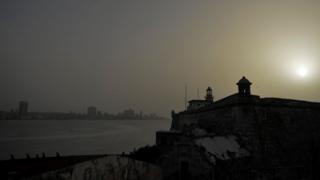 A huge cloud of Saharan dust has darkened the skies over parts of the Caribbean.

The dust has been moving from Africa over the Atlantic Ocean.

On Sunday it reached Puerto Rico and has since covered Cuba and parts of Mexico.

The Caribbean islands of Guadeloupe and Martinique are suffering their worst haze for at least a decade, and health officials in Cuba are warning it could increase respiratory problems.

Dust clouds like this one are created when the wind blows strongly over the Sahara desert, whipping up dust and sand high into the sky.

Once lifted from the ground by strong winds, clouds of dust can reach very high altitudes and be transported worldwide, covering thousands of miles.

In this case, the dust has reached as far as Mexico in the west, and the US city of Miami to the north. Air quality in Miami was reported to be moderate on Thursday morning, but could worsen as the cloud becomes denser. 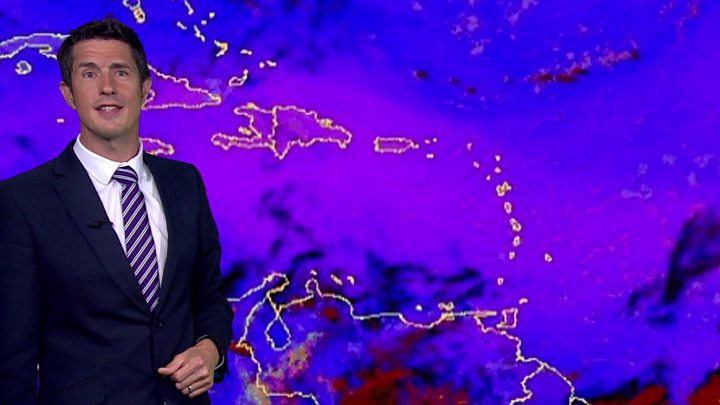 The cloud has spent days moving across the Caribbean and its vast extent becomes clear from satellite images. 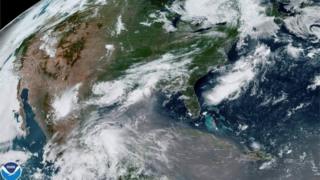 On Sunday, it was the Venezuelan capital, Caracas, which saw its hillside neighbourhoods shrouded in haze. 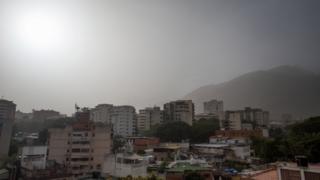 Tourists in San Juan in Puerto Rico got more sand than they had bargained for on Monday. 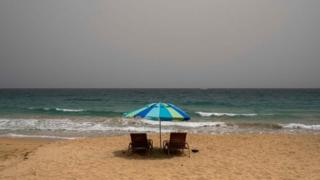 Bridgetown in Barbados also appeared blanketed in the yellow dust on Monday. 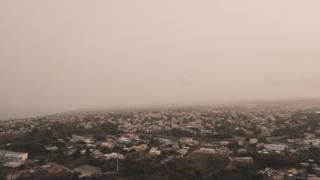 In Cuba, people stopped to take photographs of the yellow-coloured sky on Wednesday. 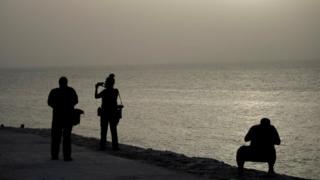 Cuban health officials warned residents that those suffering from asthma and other respiratory problems could see their conditions worsen.

Cuban meteorologist José Rubiera said that while Saharan dust clouds were not unusual, the density of the current one was “well above normal levels”.

All photos subject to copyright.