MasterChef star Ben Ungermann will fight sexual assault charges against him during a seven-day hearing next year in which witnesses – including the 16-year-old alleged victim – will give evidence.

Mr Ungermann, who is accused of sexually assaulting the teenager in Docklands earlier this year, was not present during a short hearing at the Melbourne Magistrates Court on Thursday morning. 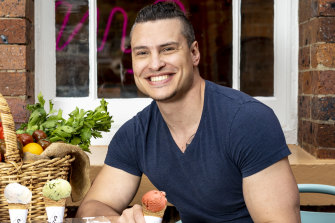 Prosecutor Stephen Payne said there was "no prospect of resolution" in the matter and it should be set down for a contested hearing, where the prosecution and defence will present their cases.

The prosecution plans to call 13 witnesses, whose evidence could span over two days, Mr Payne said.

Magistrate Andrew Capell ordered that the complainant and the youngest child witness each be appointed an intermediary, a trained professional with specialist communication skills who assist vulnerable witnesses in the process of giving evidence.

The Intermediary Pilot Program, which aims to reduce the trauma experienced by witnesses when giving evidence in court, was introduced in Victoria in mid-2018 and was due to operate until June 30 this year.

Mr Payne said that he believed funding for the program has ended, but an extension has been sought and is expected to be granted.

Mr Capell set a date for a seven-day contested hearing to take place from May 17 next year.

Mr Ungermann disappeared from this year's MasterChef Australia: Back to Win season with little explanation in mid-May.

It then emerged that he had been charged on March 6 by Victoria Police with two counts of sexual assault.

Court documents show Mr Ungermann was charged in June with a third count of sexual assault, in which he allegedly intentionally sexually touched the victim without her consent.

The first two counts of sexual assault also allegedly involved Mr Ungermann sexually touching the victim without her consent, and in circumstances where "the accused did not reasonably believe that [the victim] consented to the touching".

The charges were laid by the Melbourne sexual offences and child abuse investigation team. The alleged sexual assault took place on February 23 in Docklands, in the city's inner-west.

Mr Ungermann is currently on bail.

MasterChef: Back to Win, which featured contestants from past seasons, began filming in Melbourne in January and continued after the introduction of coronavirus restrictions with safety measures in place.

It was first reported in mid-March that Mr Ungermann had been arrested, with MasterChef's production company Endemol releasing a statement confirming he had left the show due to an issue of a "personal nature”, and that police were involved.

The show premiered several weeks later on April 13. Mr Ungermann was featured prominently until viewers noticed he wasn’t in an episode on May 14. The allegations came to light five days later.

Mr Ungermann’s image was dropped from the opening credits of the show hours after the allegations were made public.

He was runner-up in season nine of MasterChef in 2017.