As the West rolls out more sanctions against Russia for its war in Ukraine, other consumer favorites join the list: Big Macs, Coca-Cola, Pepsi and Frappuccinos.

McDonald's Corporation (MCD) said Tuesday the U.S.-based fast-food giant will temporarily close all restaurants in the country and pause operations in its Russian market. Starbucks (SBUX), Coca-Cola (KO) and PepsiCo (PEP) followed shortly after, heeding to growing criticism over silence on the conflict even as other multinational companies have severed ties with the nation.

“We serve millions of Russian customers each day who count on McDonald’s,” McDonald’s CEO Chris Kempczinski said in a statement. “At the same time, our values mean we cannot ignore the needless human suffering unfolding in Ukraine.”

The move will shutter all 850 McDonald's locations in Russia, which employ 62,000 people. However, the company said it will continue to pay salaries for McDonald’s employees in the country. 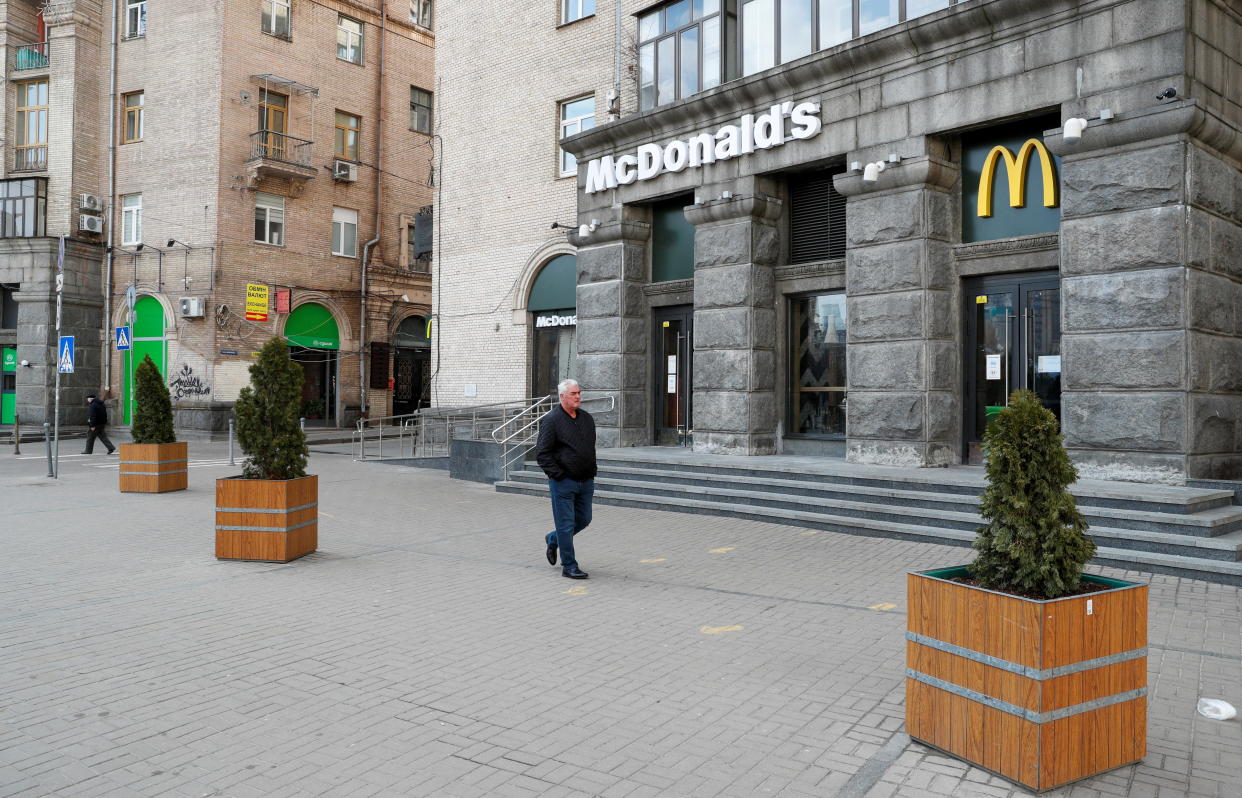 “We understand the impact this will have on our Russian colleagues and partners, which is why we are prepared to support all three legs of the stool in Ukraine and Russia,” Kempczinski said.

The Coca-Cola Company said Tuesday that it is suspending its business in Russia and will continue to monitor the situation. Its U.S. beverage producer peer PepsiCo also announced it will stop capital investments and all advertising and promotional activities in Russia.

"Pepsi-Cola entered the market at the height of the Cold War and helped create common ground between the United States and the Soviet Union," CEO Ramon Laguarta said in a letter originally sent to employees at the company. "However, given the horrific events occurring in Ukraine we are announcing the suspension of the sale of Pepsi-Cola, and our global beverage brands in Russia, including 7Up and Mirinda."

Coffeehouse Starbucks Corp. will upend all business activity in Russia, including shipment of its products and suspension of cafe operations.

The companies join a swelling list of American and multinational firms withdrawing from Russian business dealings in protest of President Vladimir Putin’s military invasion of Ukraine, which has led to 2 million refugees and more than 1,000 civilian casualties so far, according to the United Nations.