MEGHAN’S unveiling as Harry’s new girlfriend was greeted with great joy by the British public and the Press — despite the couple now claiming they were not welcomed.

The Sun broke the story on the front page on November 11, 2016, after they got together with “Harry Girl’s Night at Palace”. 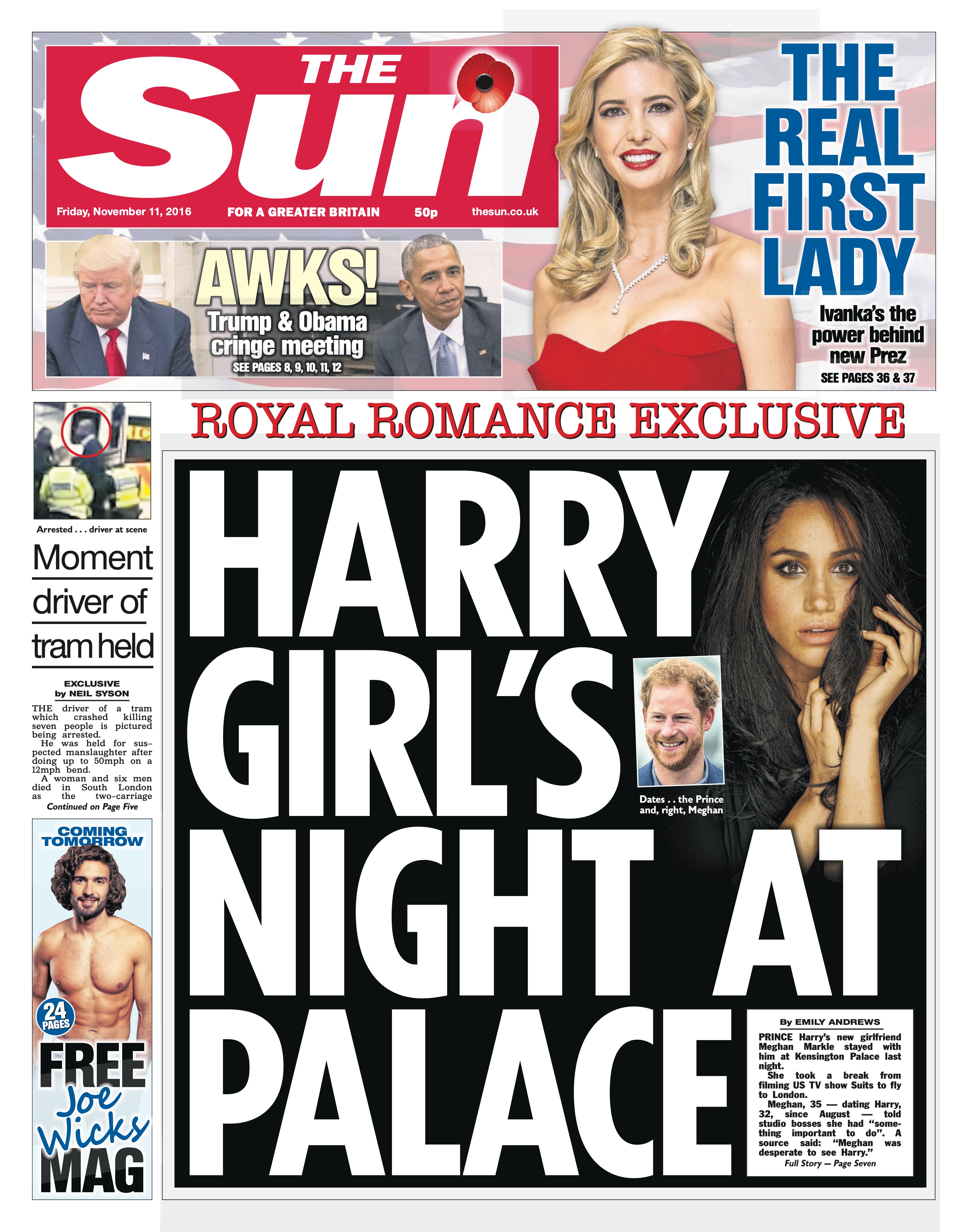 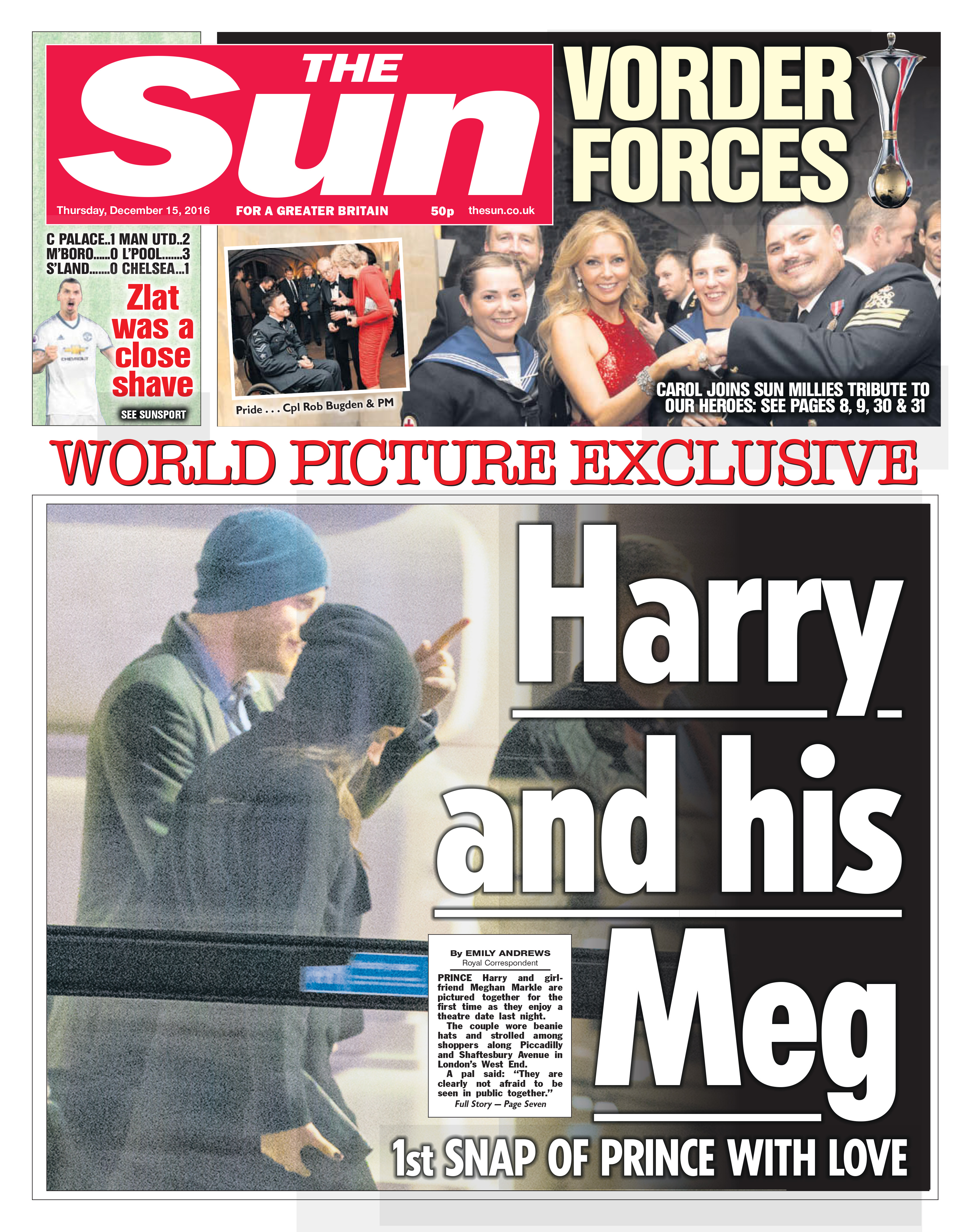 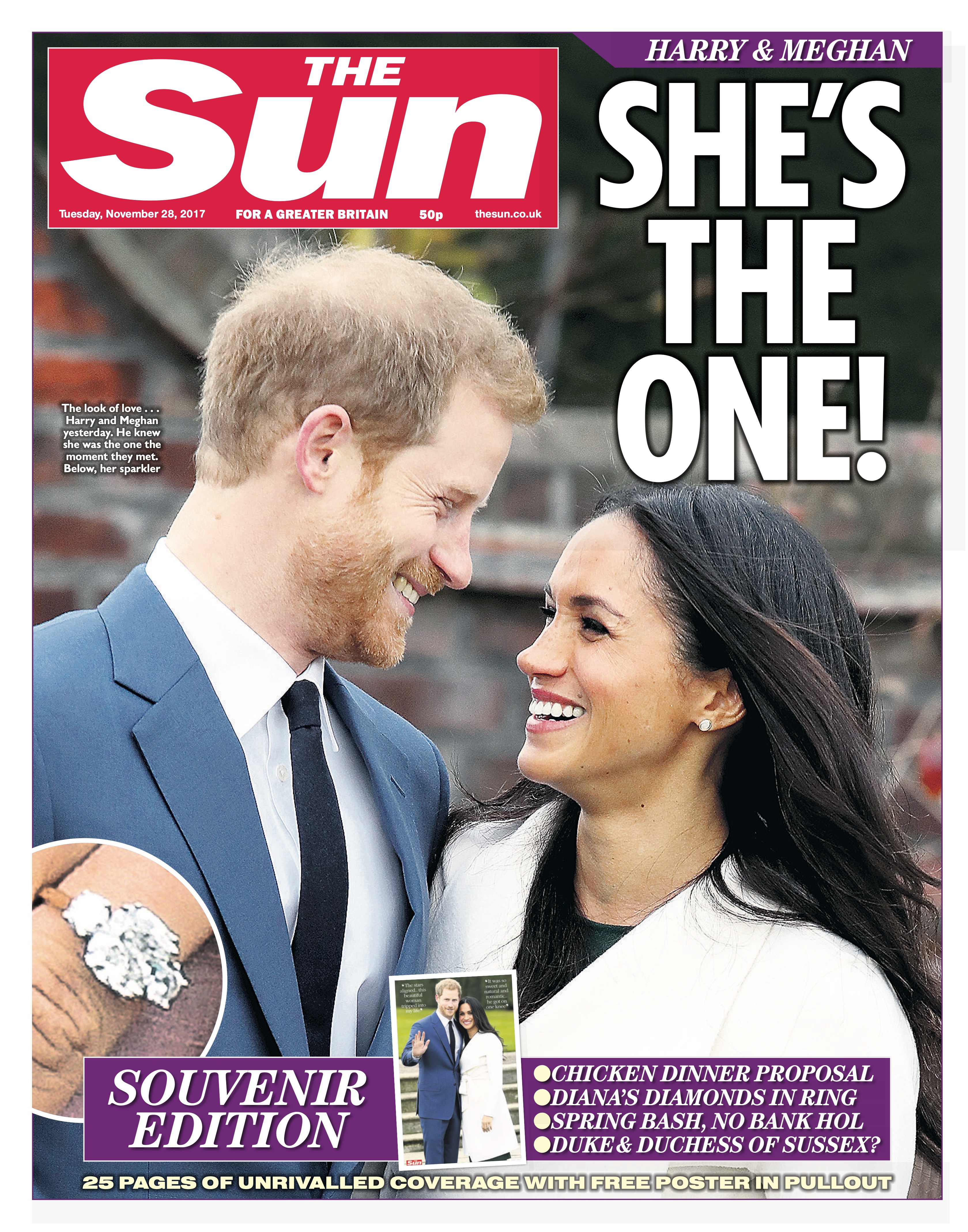 And we exclusively showed “Harry and his Meg” in the first picture of them together in London’s West End on December 15 that year.

When they revealed their engagement at Princess Diana’s Memorial Garden, The Sun devoted 25 pages to a souvenir edition to celebrate. And our front page headline on November 28, 2017, spoke for the whole nation at the time when we said: “She’s the One!”

Meghan told millions of delighted Brits that Harry proposed during a cosy night in at Kensington Palace as they cooked a meal. She said: “We popped a chicken in the oven and Harry popped the question.”

The Sun covered their wedding with 41 pages and our front page headline “Kisstory” on May 20, 2018, captured the moment. And there was joyous coverage on May 9, 2019, of baby Archie’s birth. 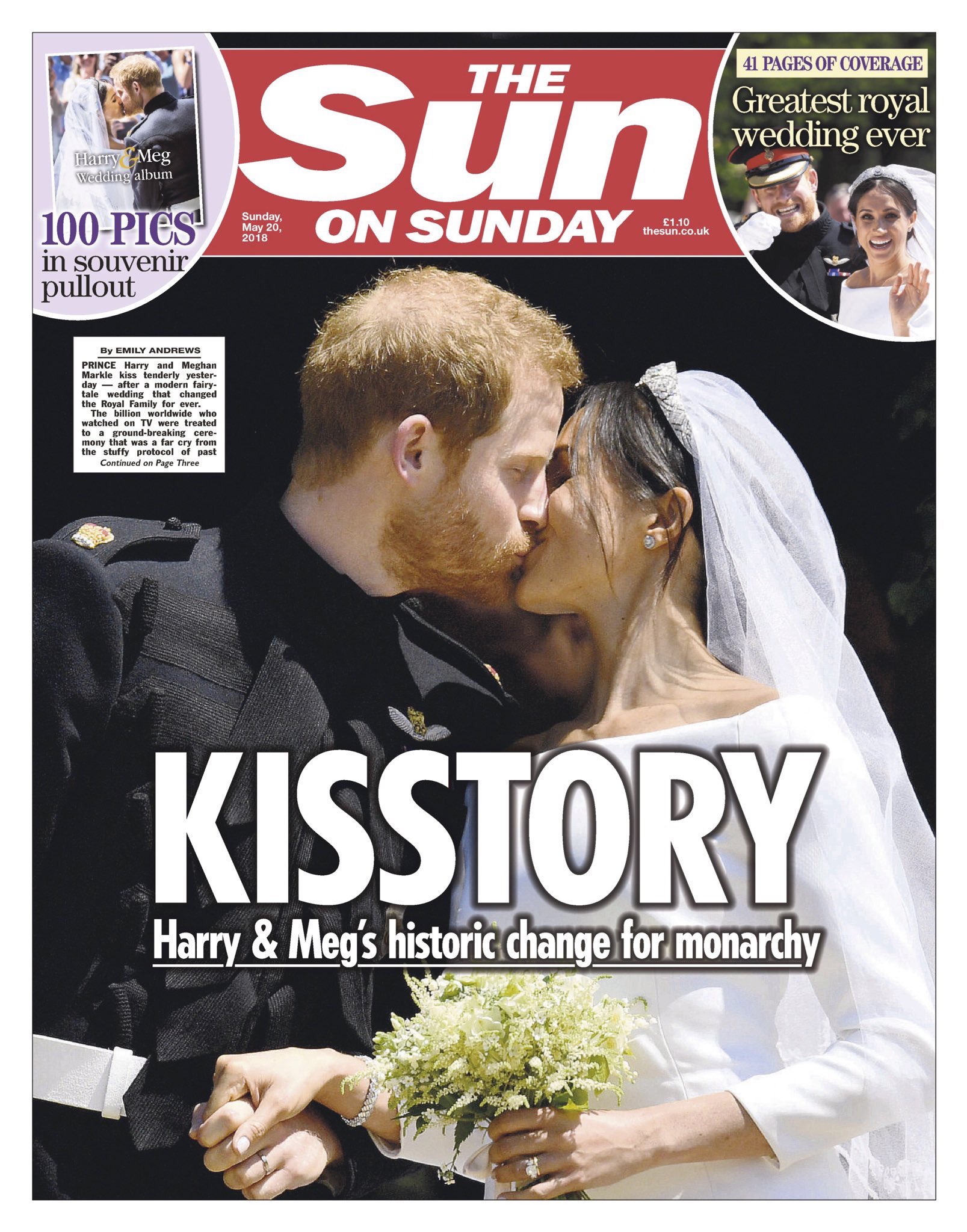 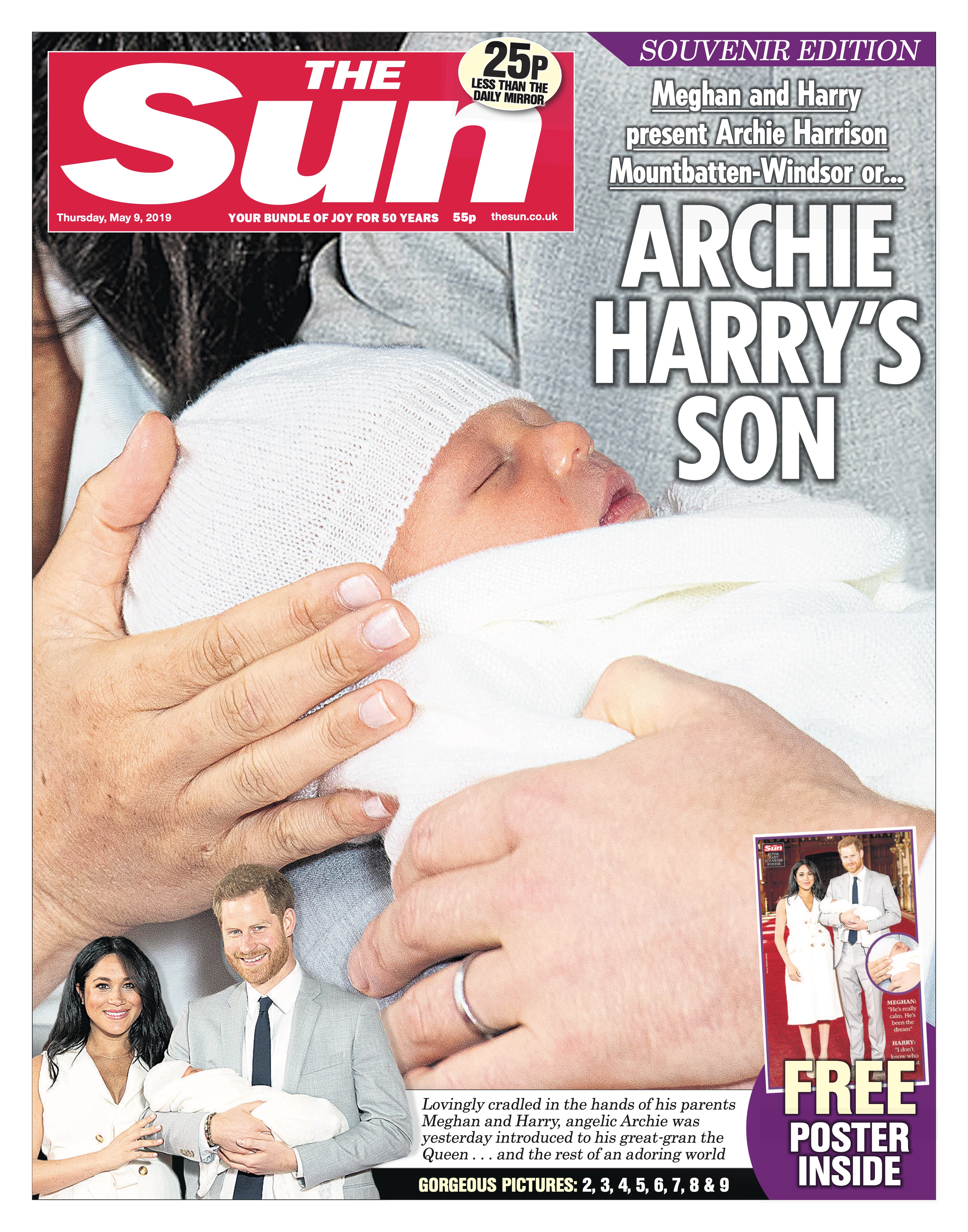 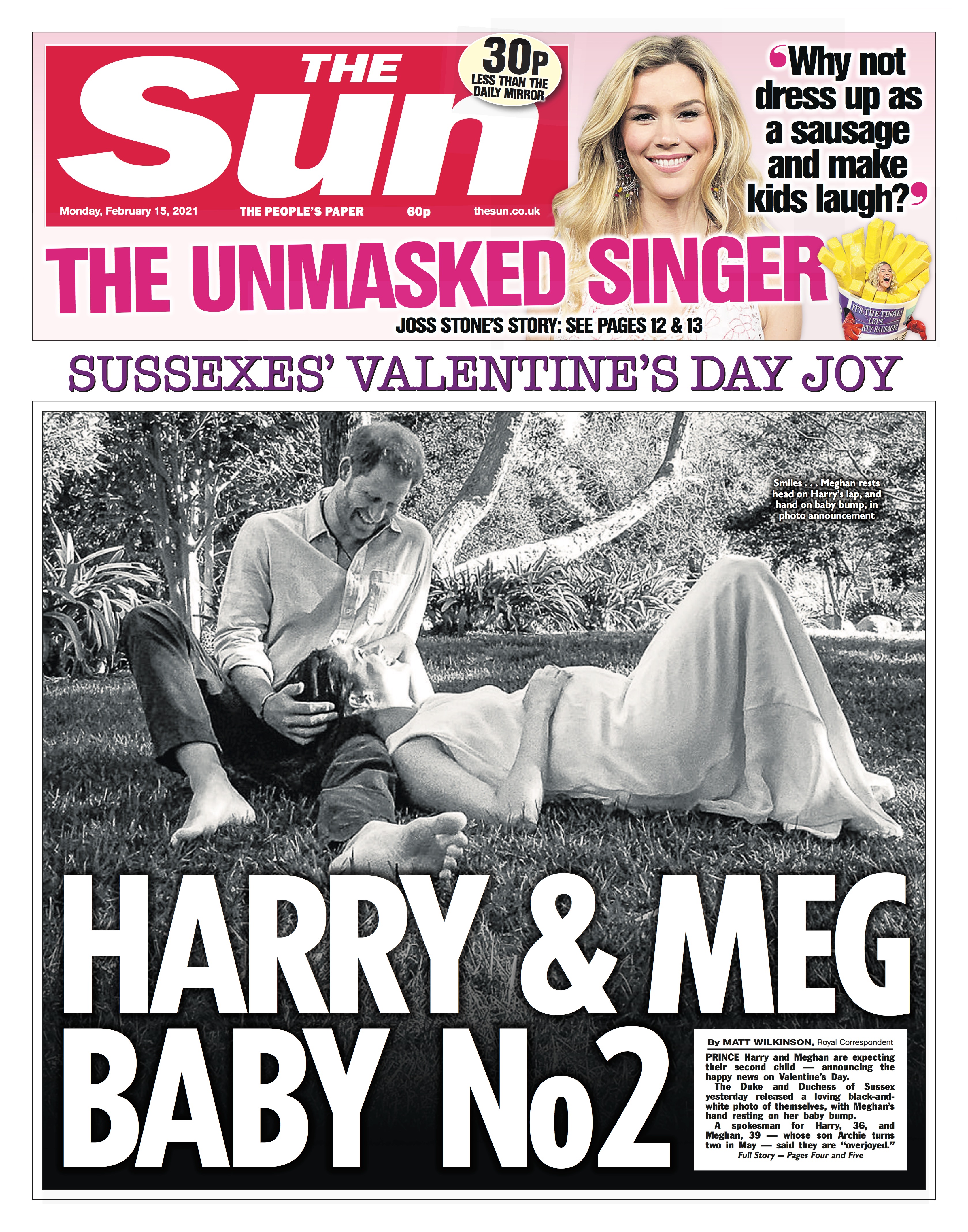 We also covered Meg and Harry’s announcement on February 14 this year that they are expecting baby number two — now revealed to be a daughter — with the front page “Sussexes’ Valentine’s Day Joy”.

Harry told Oprah that negative press was one of the reasons they quit royal life and a “lack of support and understanding”.

Oprah asked if it was lack of support from the Press or The Firm. He replied: “It was both.”