Melania Trump on Sunday failed to publicly wish her husband Donald a happy birthday and was not seen to be part of any celebrations.

The president landed back in Washington DC after spending his 74th birthday at his New Jersey golf course alongside daughter Ivanka and son-in-law Jared Kushner.

But the First Lady was nowhere to be seen and she also failed to post to social media to mark the occasion.

And despite not marking her husband’s big day Melania did, however, mark one anniversary, retweeting a birthday message to the Army.

The president later retweeted a birthday message from a follower which featured a picture of him dancing with his wife.

Her notable absence came as a new book appeared to confirm a longtime rumor that she renegotiated her prenup agreement before moving into the White House after Trump won the presidency.

Melania’s office have branded the book, ‘The Art of Her Deal: The Untold Story of Melania Trump,’ by Washington Post reporter Mary Jordan, as ‘fiction.’ 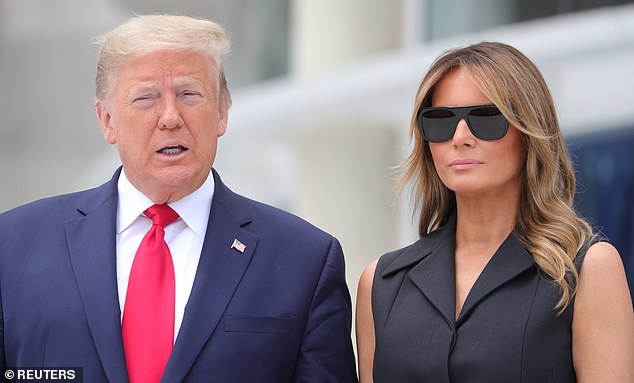 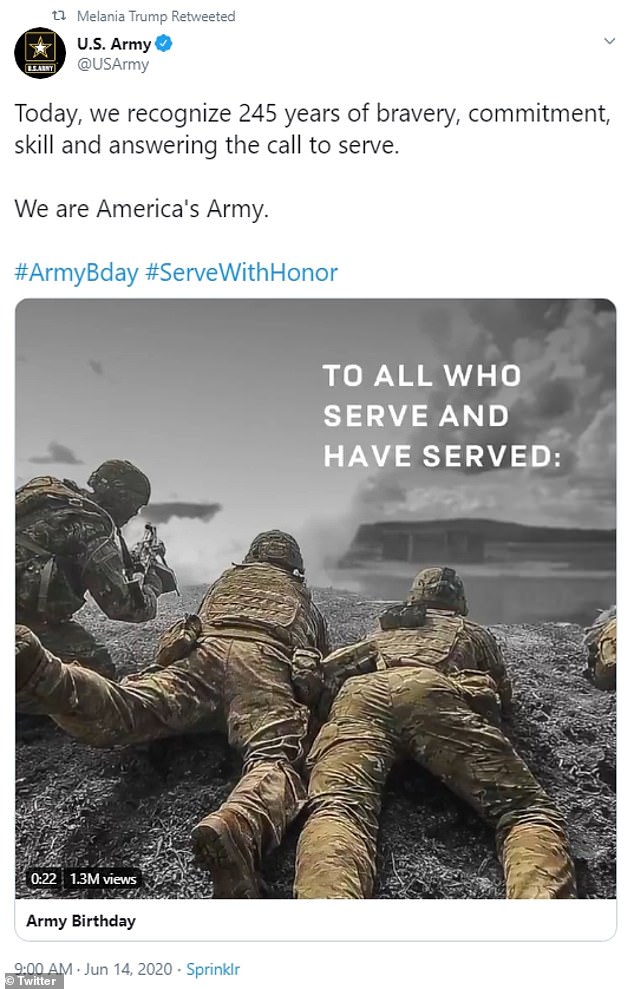 Despite not marking her husband’s big day Melania did, however, mark one anniversary, retweeting a birthday message to the Army 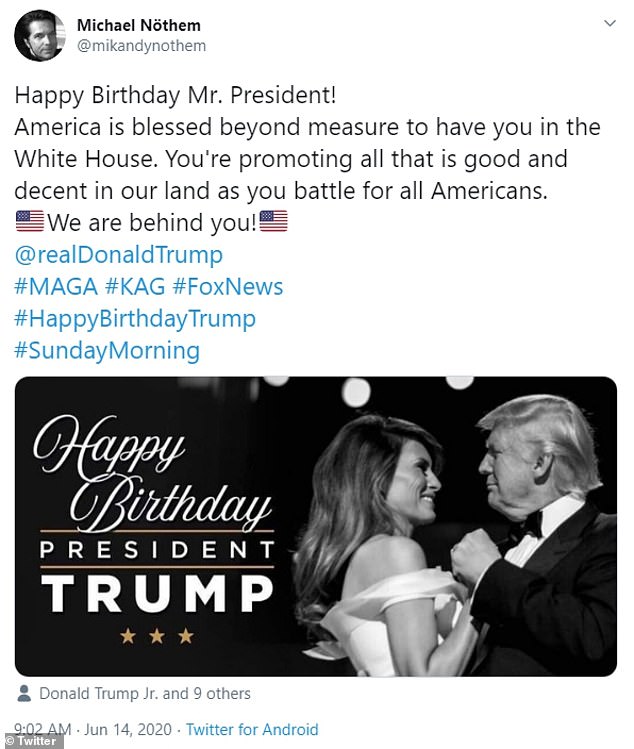 Trump’s eldest daughter Ivanka had earlier tweeted a picture of herself as a child sat on her father’s knee with the caption: ‘Happy birthday @realdonaldtrump! Love you!’

She also shared a series of images of her dad with her young children and husband Jared Kushner.

He also shared a series of pictures, including ones with his children and some with his girlfriend Kimberly Guilfoyle.

Eric Trump posted to tell his dad ‘we love you very much’.

And youngest daughter Tiffany said: ‘Happy Birthday Dad! @realdonaldtrump I’m so grateful for your love and guidance. I love you!’

Mary Jordan, author of the book ‘The Art of Her Deal: The Untold Story of Melania Trump,’ wrote that the 2016 campaign had been rife with reports about Trump´s alleged infidelities and the first lady was learning new details about them from media reports.

Jordan, a reporter for The Washington Post, wrote that she wanted time to cool off and amend her financial arrangement with Trump to ensure the financial future of both herself and their son, Barron.

Melania Trump has said that she wanted to wait until the end of the school year to move to Washington.

Stephanie Grisham, a spokeswoman for Mrs. Trump, said the book was based on inaccurate information. ‘Yet another book about Mrs. Trump with false information and sources,’ Grisham said in an emailed statement. ‘This book belongs in the fiction genre.’

The first lady and Barron, who was 11 at the time, settled into the White House in early June 2017 and she seemed visibly happier by mid-2018, the book said.

‘According to three people close to Trump, a key reason was that she had finally reached a new and significantly improved financial agreement with Trump, which had left her in a noticeably better financial position,’ Jordan wrote. ‘Those sources did not know precisely what she sought, but it was not simply more money.’

Jordan writes that Melania Trump wanted ‘proof in writing’ that Barron would be treated more of an equal to Trump’s oldest three children when it came to financial opportunities and inheritance.

Among the items under discussion was Barron’s possible involvement in the family business, the Trump Organization, and ownership of Trump property, according to the book. 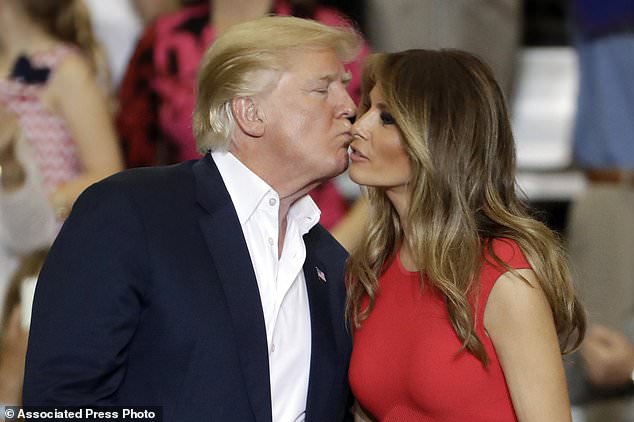 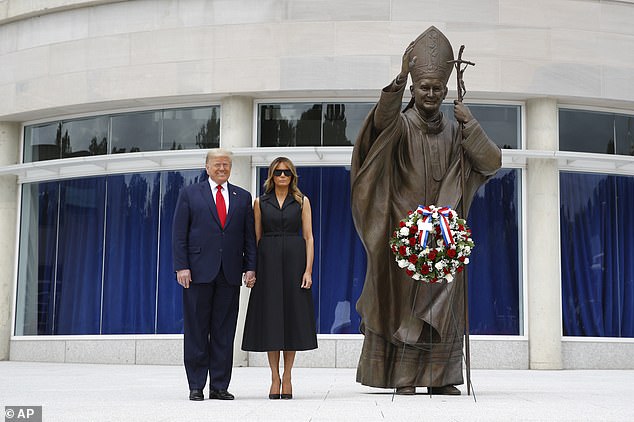 Quoting one person aware of the negotiations, Jordan notes that Barron has Slovenian citizenship, which could put him in a good position if he wanted to be involved in Trump business in Europe.

‘Melania wanted and got options for him,’ according to the book.

The president’s return to DC on Sunday was marked by protests outside the White House, where crowds have gathered for almost three weeks following the death of George Floyd on May 25 in Minneapolis.

Thousands had marched on Sunday morning from the National Museum of African American History and Culture to the area in front of the White House.

The area outside the White House had infamously been cleared with gas and flash bangs on June 1 so Trump could have a photo opportunity at the historic St John’s Episcopal Church.

The area in front of the church was a sea of protest and praying on Sunday, as chants, singing and preaching was heard from Jewish, Hindu, Muslim, Sikh and Christian faith leaders.