Fathers with dad bods are seen as better parents and more likely to be faithful than those with chiselled physiques, says research

A new study of perceived parenting abilities is good news for men with a little bit of extra weight.

Fathers with typical ‘dad bods’ were judged to be better parents more likely to be faithful than those with more chiselled physiques.

In fact, men with low body fat and high muscle mass were seen to have ‘especially negative’ parenting abilities. 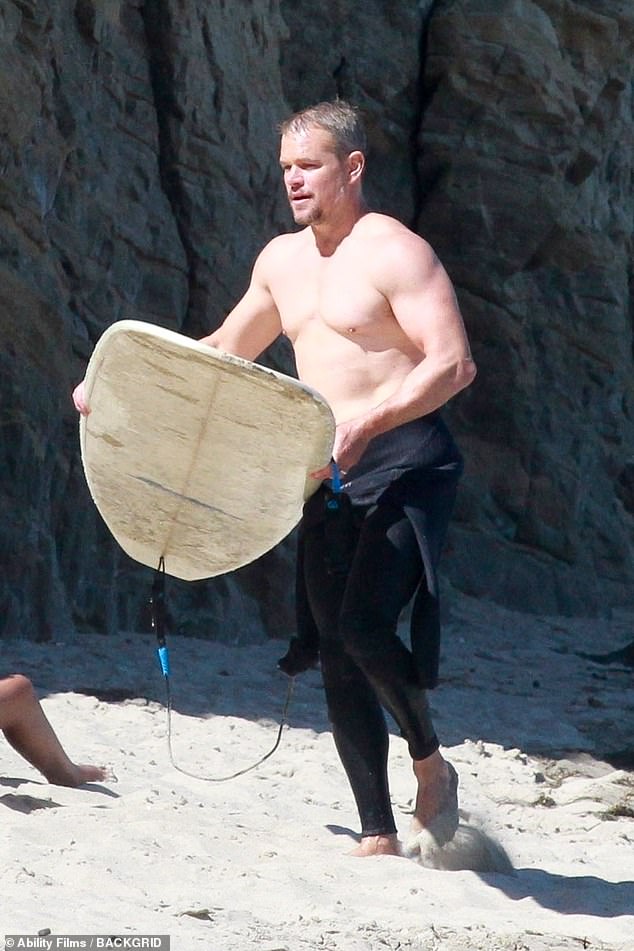 Father of three, Matt Damon, is thought to have the idea ‘dad bod’ – which new research suggests would make him a better father

Research published in The Times suggests that people are likely to judge a man’s parenting abilities based on how toned his body is.

The study of more than 800 people showed participants photographs of a man with varying combinations of body fat and muscle, from lean to slightly overweight.

For men with toned bodies, the study’s participants perceived his parenting abilities and commitment to monogamy in a negative light.

On the other hand, fathers with typical ‘dad bods’ – carrying a little bit of extra weight – were seen as better parents.

Researchers from the University of Southern Mississippi explained that we perceive the fathers carrying a little more weight to be less ‘dominant’ which makes them warmer and more committed.

In the study, participants were asked to judge the man in the picture how likely he was on a scale to have 36 different positive and negative parenting behaviours. 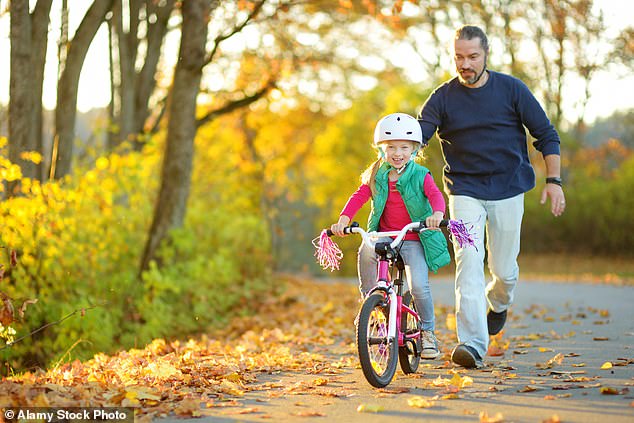 The pictures of the father carrying a little extra weight, though not highly overweight, were judged to be the best parents and the man with the toned physique was judged the most harshly.

‘High fat and small muscles were perceived as more indicative of positive parenting abilities,’ the researchers wrote in the journal Evolutionary Psychological Science.

However, it is thought that too much weight gain may also be judged in a negative light and be seen as ‘lacking discipline’ to be a good parent.

Lead author of the study Donald Sacco, said: ‘It is often the case that people are motivated to be fit to attract mates, so heavier men and women may be communicating less concern with personal attractiveness and attracting new mates, and greater interest in parental investment with a current partner.

‘We did not test perceptions of highly overweight targets, which may actually be perceived as lacking the discipline to be an effective parent.’