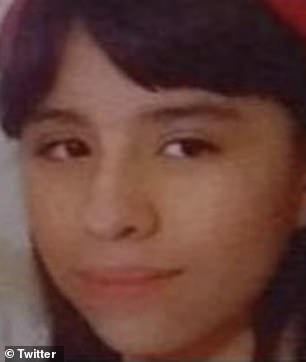 Sofia Acosta was kidnapped from her home on November 11, and her body was found 11 days later

A 12-year-old girl reported missing two weeks ago was found dead Sunday in an empty lot in north central Mexico, angering a mob who rushed the town’s city hall building and set it on fire.

Sofia Acosta reportedly was lured outside her home in the Fresnillo, in the Mexican state of Zacatecas, on November 11, sparking a massive search.

Local media outlets indicated a man posing as Acosta’s school teacher called the home and asked her to come outside to pick up her homework before she vanished.

Her body showed signs of torture and was found wrapped in sheets in the Fresnillo neighborhood of Abel Dávila García, TV Azteca reported.

Residents took part in an evening vigil and marched towards the Fresnillo city hall building demanding the arrest of the on-the-run suspects and requested to talk to mayor Saúl Monreal. 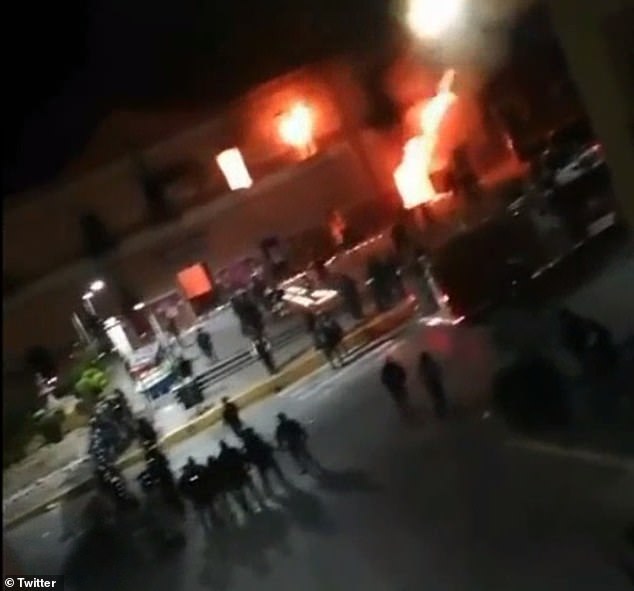 Demonstrators were angered at the news surrounding the death of 12-year-old Sofía Acosta, who dead body was found in the north central Mexican city of Fresnillo on Sunday, 11 days after she had been kidnapped from her home. Protesters set fire to the Fresnillo city hall building following a candlelight vigil 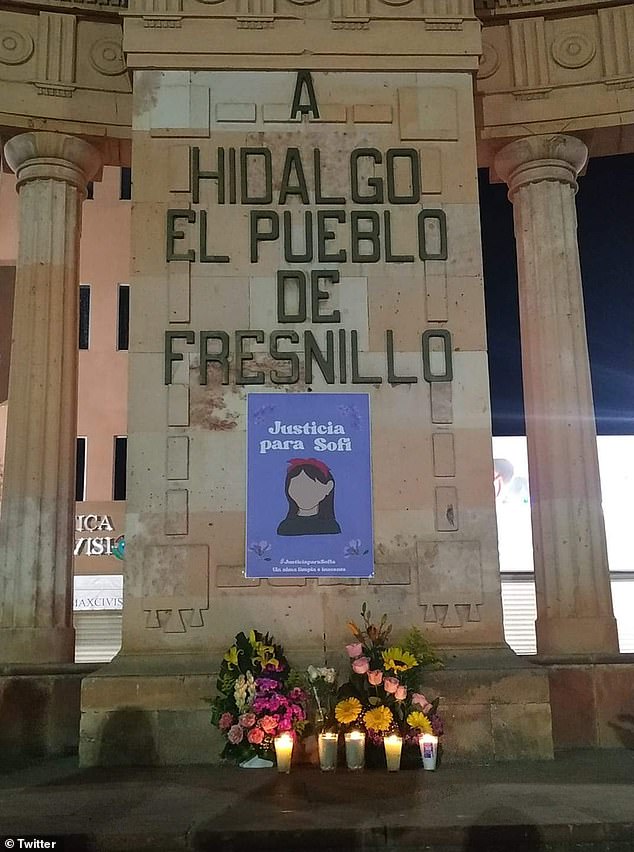 According to Mexican newspaper Vanguardia, the large group was instead met by government secretary Juan Loera, who heard their pleads but immediately departed.

The lack of response upset the protesters on hand, who the set the building ablaze.

Video posted on social media showed the moment one of the city hall windows on the ground floor went up in flames while a group of demonstrators filed in and out of the building entrance, next to an office that was clearly engulfed in fire.

The fire extended to the second floor of the building before the fire department extinguished it completely.

The city mayor’s home was also vandalized by demonstrators, who defaced his property by spray painting the name of a drug cartel over it. 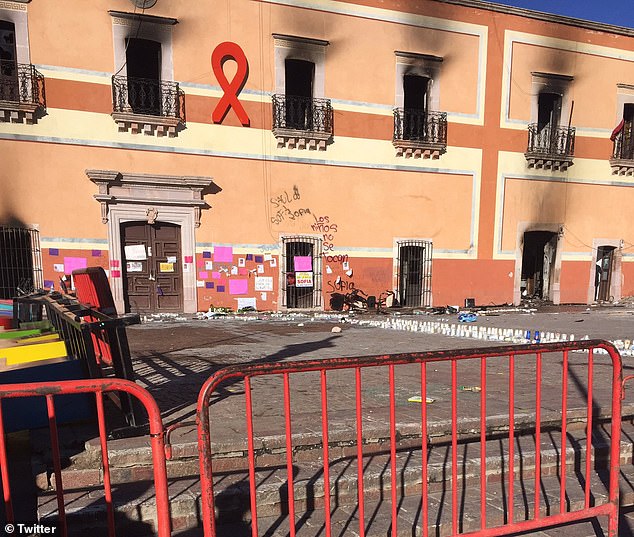 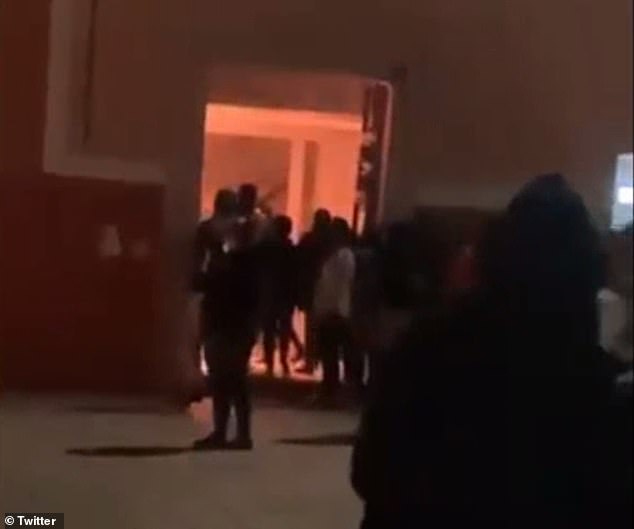 The mayor urged calm and called on the Zacatecas state attorney general’s office to investigate Acosta’s murder and said he was open to leading the process himself.

‘It is a difficult day for Fresnillo, we are very saddened by the femicide of young Sofía,’ Monreal said Monday.

‘We are all Fresnillians and we all feel it. We are living difficult times. There is a crisis of values, but the hearts of Fresnillians are bigger. It is a moment of unity, solidarity and not division.’