MEXICO CITY (Reuters) – Demonstrators graffitied the phrase “femicide state” in blood-red on Mexico’s presidential palace on Friday, before marching under heavy rain to the offices of newspaper La Prensa to protest the publication of a gruesome image of a murder victim. 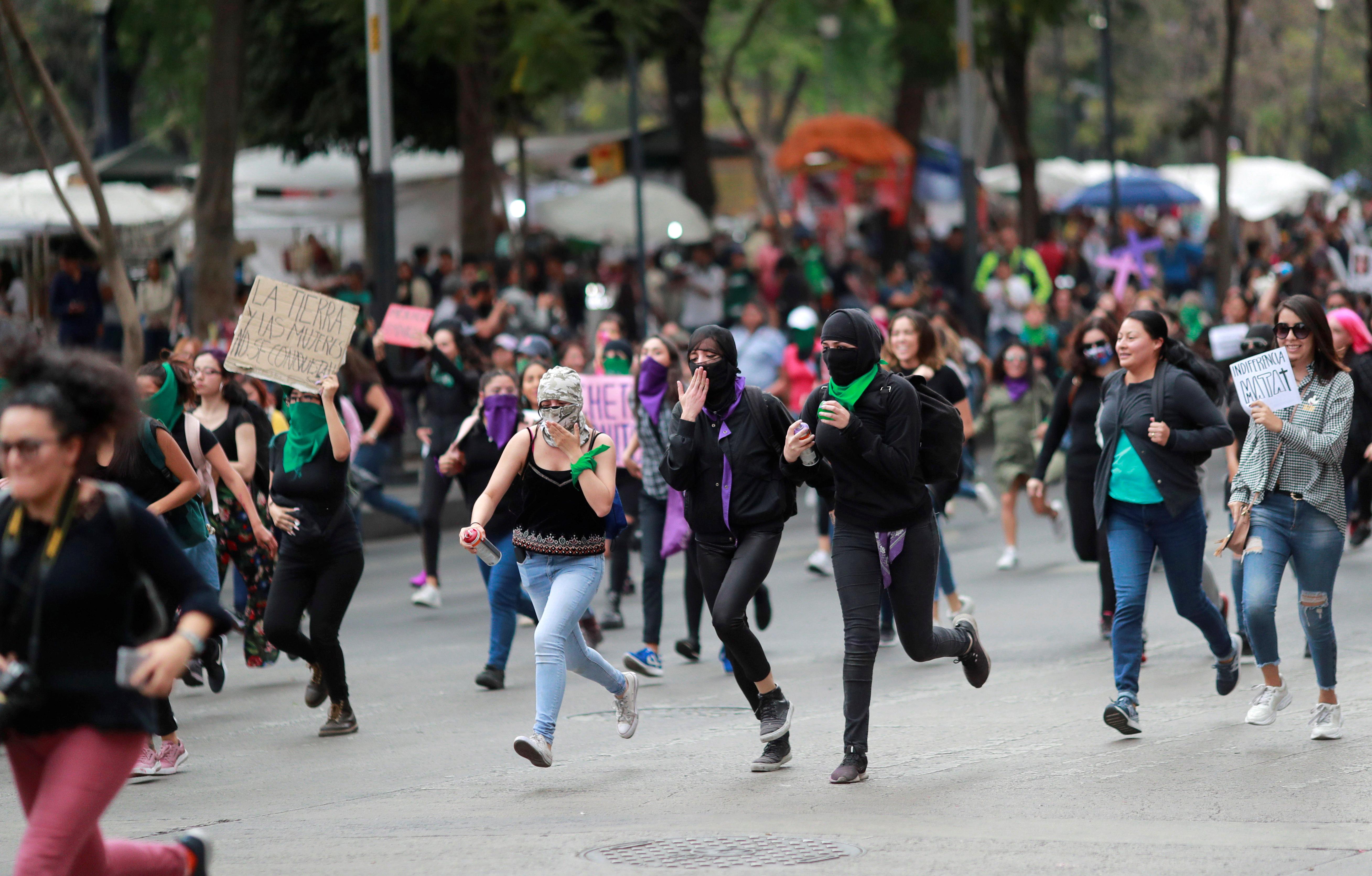 The heated Valentine’s Day demonstration, led by women, was sparked by the killing of 25-year-old Ingrid Escamilla in Mexico City and the publication of graphic photos of her mutilated corpse in newspapers.

The protesters, numbering at least a couple hundred and comprised mostly of women, burned vehicles belonging to La Prensa and briefly clashed with security forces who prevented them from entering the newspaper’s offices.

Chanting “not one more murder” and carrying signs saying “we demand responsible journalism,” “Ingrid we are all you” and “sexism kills,” the demonstrators demanded justice.

“It’s not just Ingrid. There are thousands of femicides,” said Lilia Florencio Guerrero, whose daughter was violently killed in 2017. “It fills us with anger and rage.”

She called on President Andres Manuel Lopez Obrador, who was inside the palace during the protests, to do more to stop the violence.

One protester spray-painted “INGRID” in tall pink letters on a door of the presidential palace. Many participants noted that Escamilla’s was only the latest in a wave of brutal murders of women that have been dubbed “femicides.”

Others graffitied slogans including “they are killing us” on the building’s walls and ejected bright flames from cans of flammable spray-paint.

Inside the stately palace, where Lopez Obrador lives with his family, the president attempted to reassure the activists during his morning news conference.

“I’m not burying my head in the sand. … The government I represent will always take care of ensuring the safety of women,” he said, without detailing new plans.

Protesters also admonished the newspapers that published photos of Escamilla’s corpse, chanting, “The press is complicit.”

La Prensa, which ran the image on its cover, defended its record of reporting on crime and murder, subjects that it said the government prefers to keep quiet. The paper said it was open to discussion on adjusting its standards beyond legal requirements.

“We understand today that it hasn’t been sufficient, and we’ve entered a process of deeper review,” the paper said in a front-page statement on Friday.

A 22-year-old student dressed in black, with a mask covering her face and carrying a can of spray paint, said the protests after Escamilla’s death already seemed to have an affect. 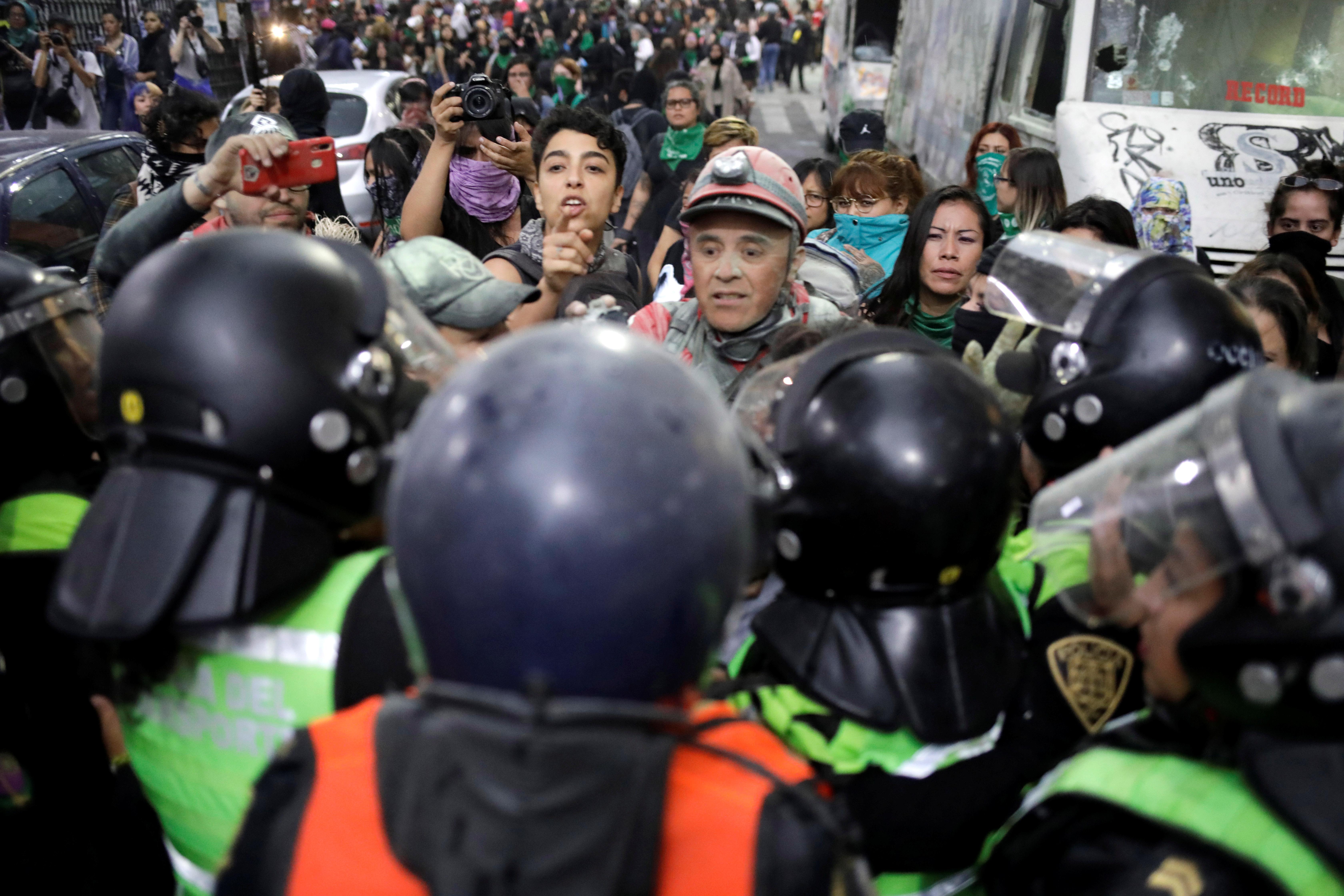 La Prensa, she said, had caved to “pressure from feminists.”

Another newspaper, Pasala, had filled nearly its entire tabloid cover with the photo of Escamilla’s corpse, under the Valentine’s Day-themed headline: “It was cupid’s fault.” The cover sparked anger not only at the gory display, but also the jocular tone over a crime for which Escamilla’s domestic partner has been arrested.

Pasala editors did not respond to requests for comment. Stab victim asks 'where am I?' in hospital
Celebrities Posts