The Boeing 777 was flying from Amsterdam in the Netherlands to the Malaysian capital of Kuala Lumpar on July 17, 2014, when it was shot down by a missile over the conflict zone in eastern Ukraine, killing all 298 on board. Addressing reporters in the Netherlands on Wednesday, prosecutor Fred Westerbeke said: “From the point investigation team we have decided to prosecute four suspects for downing flight MH17. 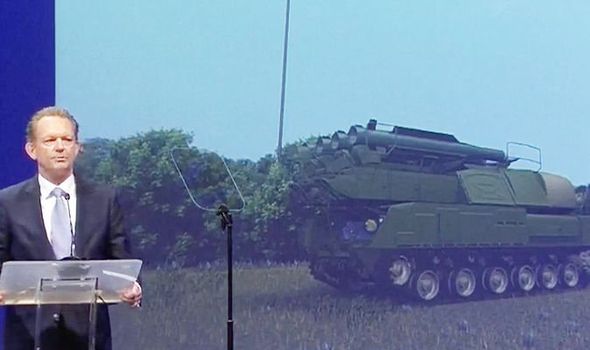 “This is the start of the Dutch criminal proceedings.

“This aeroplane, Malaysian airlines flight MH17, with its 298 passengers ended up in an area almost five years ago in eastern Ukraine where an armed conflict was going on and that conflict is still going on today, turning an area of war into a crime scene.

“This made finding the perpetrators complicated.”

The Dutch-led international investigation team have said MH17 was shot down by a Russian missile, a claim Moscow has rejected.

The suspect have been named as Igor Girkin, Sergei Dubinsky and Oleg Pulatov, as well as Ukrainian national Leonid Kharchenko.

Mr Westerbeke added: “The criminal trial will take place even when the suspects choose not to be present.

“JIT (Joint Investigation Team) has informed the family of the victims as much as they could about the progress of the investigation.

“Pending the prosecution, we will inform them about the upcoming criminal trial as well as the position that they might have.”

JIT announced flight MH17 had been shot down by a BUK missile from the 9M38 series.

The missile had been fired from an agricultural field near Pervomaiskiy.

The investigators found the weapon had been bought in from the Russian Federation.