The head of MI5 has accused Facebook of giving a ‘free pass’ to terrorists with its plans for end-to-end encryption.

In his first interview, Ken McCallum said the plans by chief executive Mark Zuckerberg would enable terrorists to plot attacks on Messenger and Instagram without being visible to the security services.

The security service has warned that Facebook is set to stop using algorithms that flag illegal content, instead only making it visible to the sender and receiver.

They instead want the company to keep content viewable so that it can be passed on if deemed necessary. 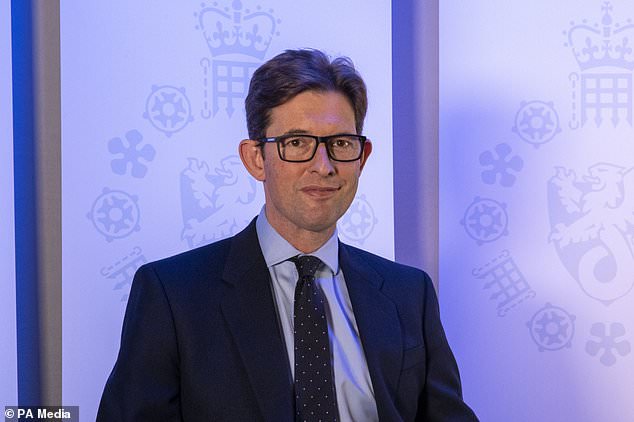 Ken McCallum, the Director General of MI5, said the plans by Facebook boss Mark Zuckerberg for end-to-end encryption would enable terrorists to plot attacks without being visible to security services

But speaking to Times Radio, Mr McCallum said they were not seeking to build a ‘surveillance state’ with ‘a camera in everyone’s living room’.

However he said there were ‘rare’ occasions when – with appropriate safeguards – where it was essential that they were able to gain access to the content of messages exchanged by dangerous suspects.

Mr McCallum said decisions taken by executives in Silicon Valley were now having a direct effect on the ability of the security services to disrupt the activities of terrorists or child sex abuse rings.

He said that if they had information someone was building a bomb or filming a martyrdom video in their living room they would be able to apply for a warrant from the Home Secretary and a senior judge.

‘We would then be able to access that room, have a look at whether a bomb is indeed being built or not. And we need to have that ability online also,’ he said. 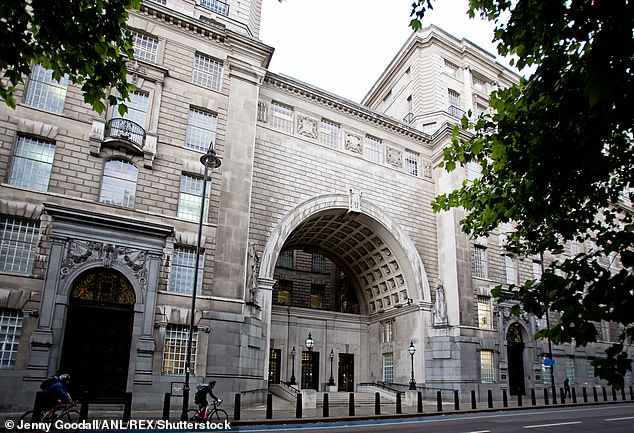 The security service has warned that Facebook is set to stop using algorithms that flag illegal content, instead only making it visible to the sender and receiver

‘If you have end-to-end default encryption with absolutely no means of unwrapping that encryption, you are in effect giving those rare people – terrorists or people who are organising child sexual abuse online, some of the worst people in our society –  a free pass where they know that nobody can see into what they are doing in those private living rooms.

‘This is an unsolved problem, which needs proper attention. We are not in any way seeking some form of surveillance state.

‘What we do need is that on those rare occasions, where there is a concern of very, very substantial proportions, that when a secretary of state and the judge has agreed that access to that information is necessary and proportionate, we do need the companies to have built a means for us to work in partnership with them, in that rare case, to access the content of those communications.’

He was joined by Neil Basu, national head of counter-terrorism, who added that people could die and child abusers escape capture if Facebook continued with their plan to ‘put privacy before security’.