The theft of Michael McIntyre’s watch in broad daylight confirms what Londoners have known for months — the crime wave on wheels is out of control. 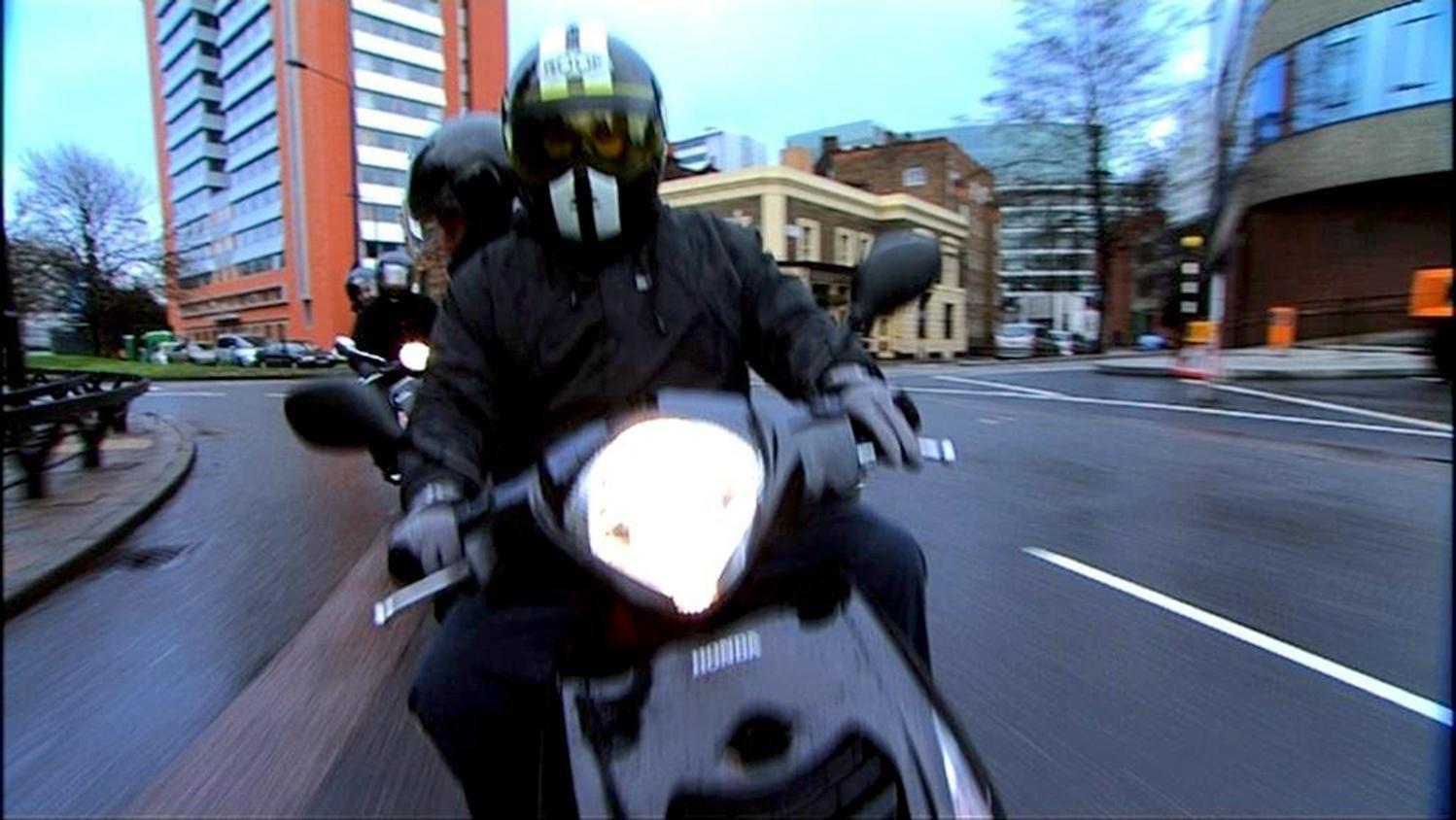 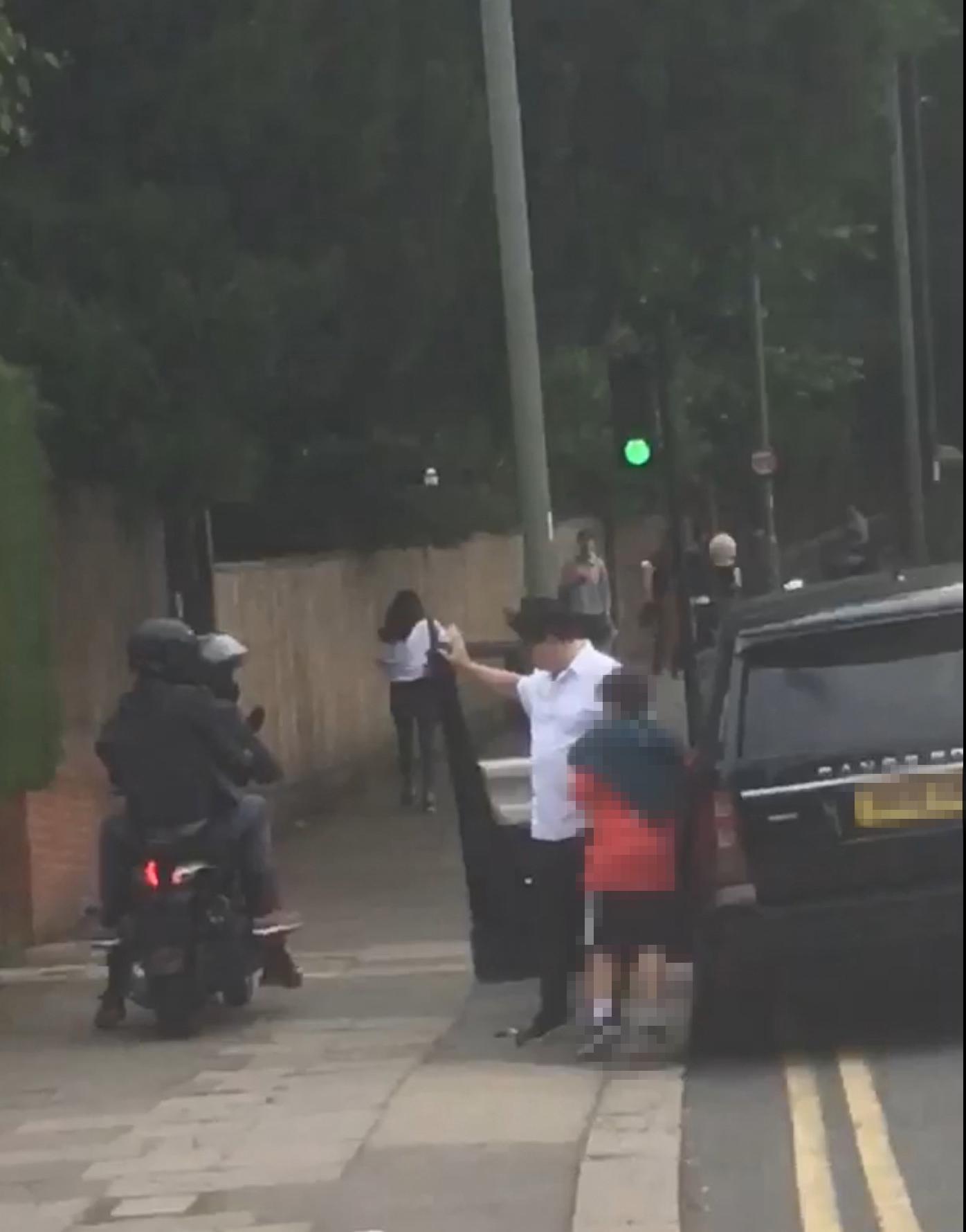 Like a plague of vultures, thieves wearing black crash helmets are everywhere. Scooter crimes in the capital are up 50 per cent in a year.

At my local Tube station in Archway, a sign informs us of hundreds of crimes in recent months. I saw one of them — a woman who had her handbag snatched so forcefully she was pulled off her feet like a rag doll.

Our great nation is being turned into a lawless Gotham. And all by teenage thugs. These aren’t criminal geniuses in the Moriarty mould. They are little herberts who probably spend their spare time playing Grand Theft Auto — and now they’re living it.

The police conduct more than 10,000 pursuits and 500,000 immediate responses a year. There has also been a 25 per cent reduction in road policing officers nationally since 2009.

The truth is these gangs are laughing at the law. The police can apparently do nothing about these crimes. Why? Because when it comes to catching the little b*****ds, cops have one hand tied behind their backs.

Engaging in a high-speed pursuit is simply far too risky to their careers.

Under current law, the same rules for dangerous driving apply to police and the public. They can be prosecuted for simply doing their job. 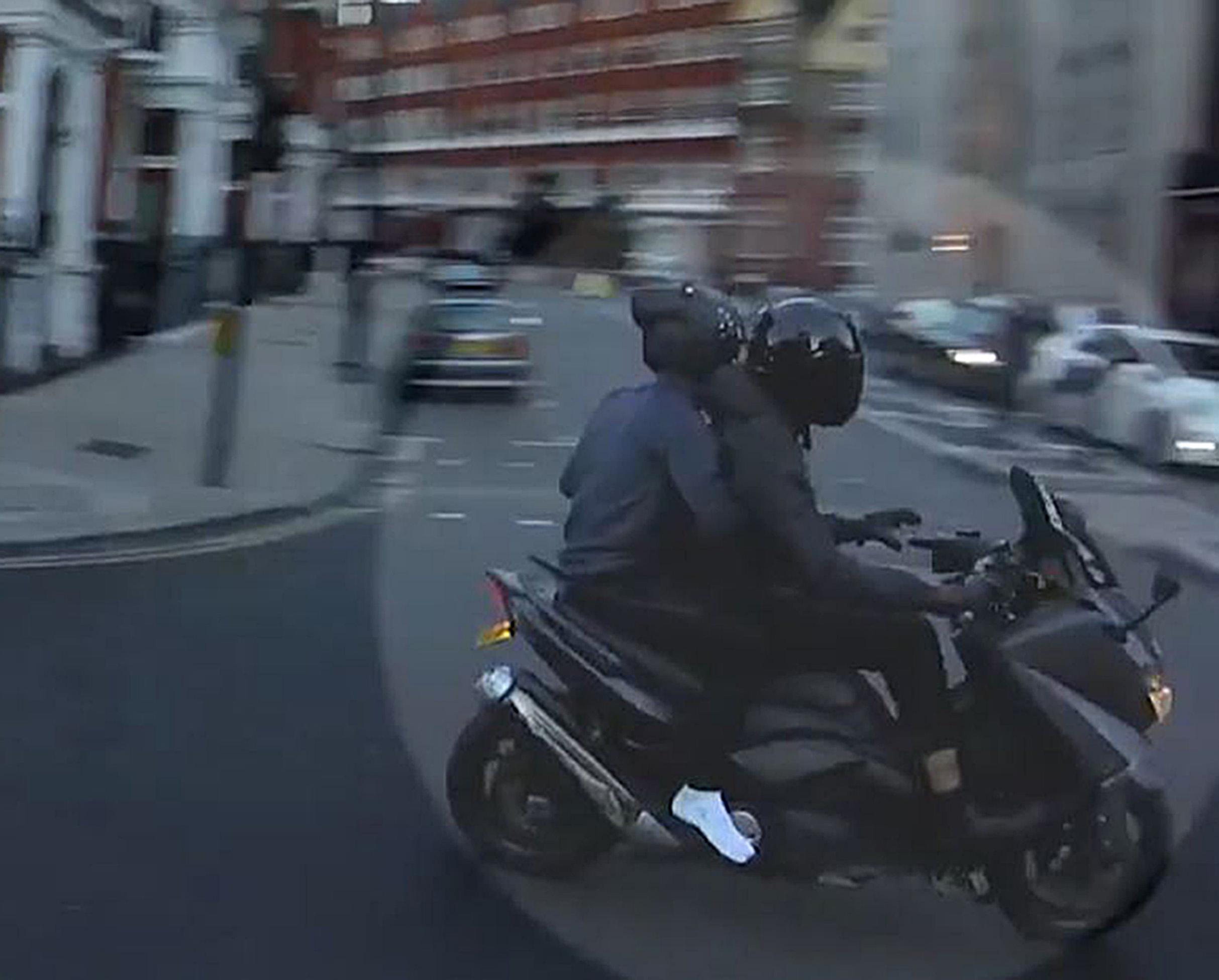 This is CRAZY. How can they be held to the same standards as the rest of us? They’re catching violent thieves, not popping to Tesco.

As a result of this madness, the Police Federation has said officers are “scared to chase”. Sergeant Tim Rogers, its lead officer on pursuit, has said there are “numerous cases where officers using approved tactics have been taken to court”.

In one incident this year, Kent police officers in pursuit of a gang knocked one raider off his moped.

Appropriate contact, such as ramming a moped’s back tyre, is permissible under police guidelines. Yet the officers involved face the possibility of being charged with dangerous driving and GBH.

PC Vaughan Lowe was another casualty of the current rules.

During a high-speed chase a student ran out in front of his police car and was killed. PC Lowe ended up being charged with death by dangerous driving, suspended from work and pursued for misconduct. 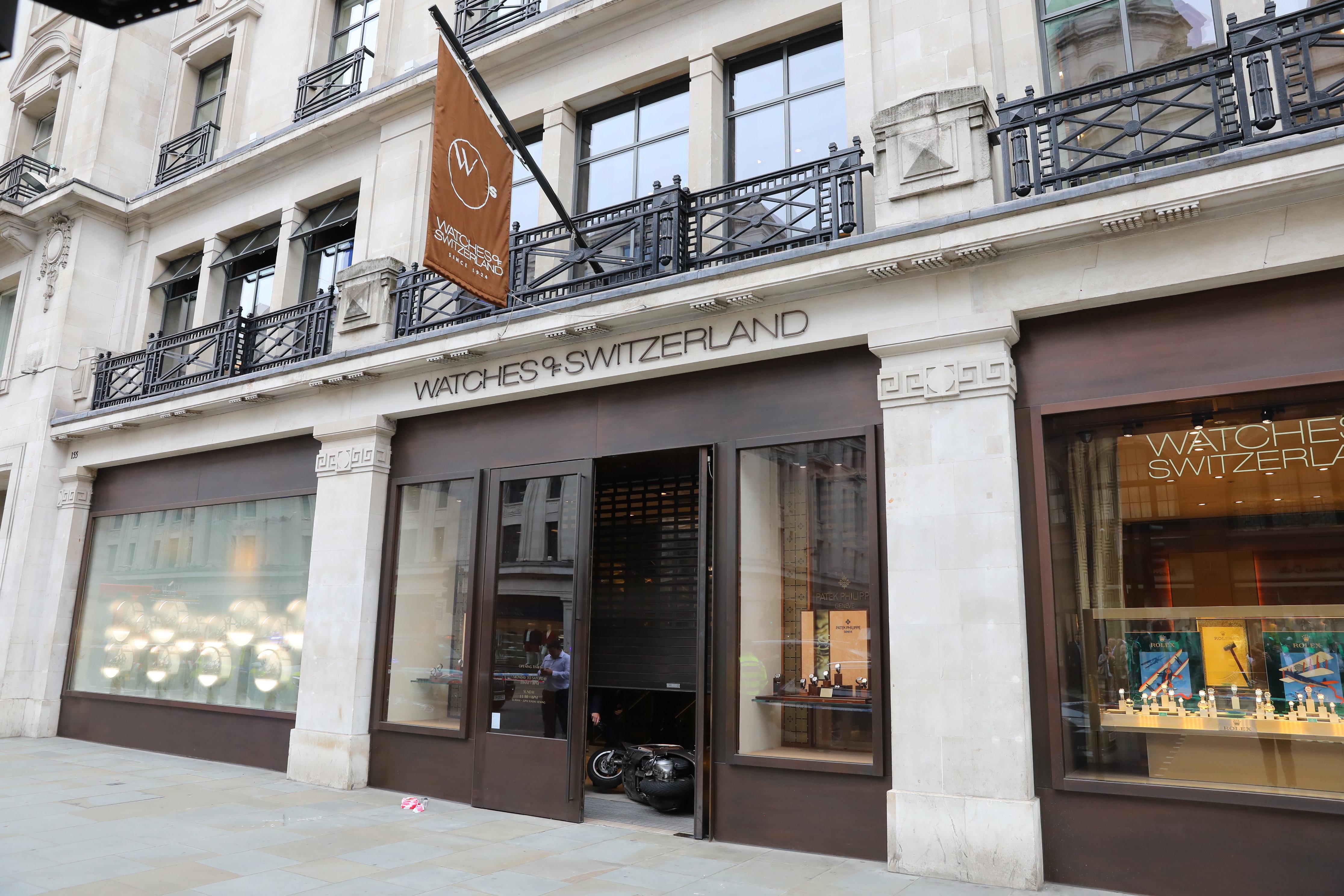 He went out to protect the public to the best of his ability — and was ruined as a result.

So imagine you are a police officer witnessing a moped robbery. It is your instinct to chase but what if the criminal comes off their moped? What if they’re hurt? You know you’re looking down the barrel of a lengthy investigation, months off work, even the end of your career.

Would Sergeant Rogers — a trained pursuit officer — ever go back to high-speed policing? The answer comes swiftly: “Not a chance.”

Given the risks to their career, it is rational for officers to be super cautious. But the more timid the cops get, the more audacious the criminals become.

One jewellery shop on London’s Regent Street has been raided by moped gangs three times in four months.

And during the Oxford/Cambridge boat race, one group of raiders held up traffic on Putney Bridge while they tried to nick a BBC camera using an angle grinder. 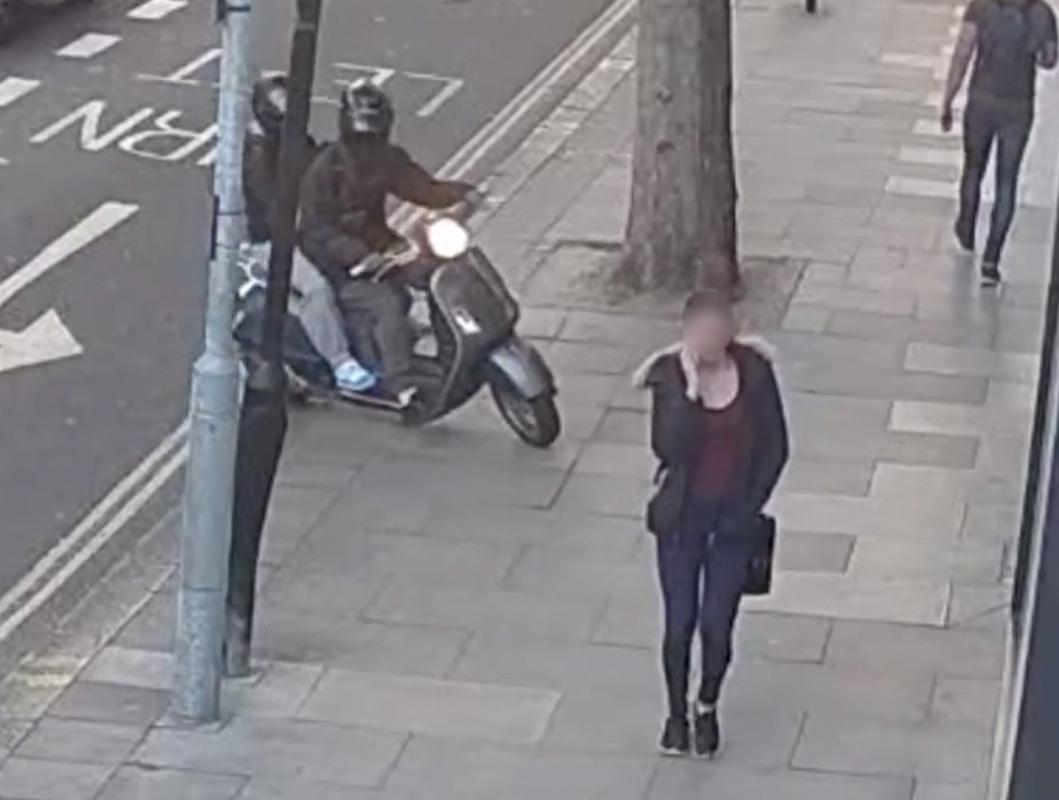 In response to this epidemic the Government has finally proposed a change in the law so police officers are allowed to break speed limits. About bleeding time, but they need to go much further to reclaim London’s streets.

We need more police officers trained to pursue moped thugs. In a city covered in CCTV cameras, more resources must be put into tracing the bikes back to wherever the crooks hide out.

The justice system must be encouraged to throw the book at the raiders who do make it to court.

Most importantly, the Prime Minister and the Mayor of London need to give their full-throated backing to the Met Police — saying loud and clear that the cops are empowered to use their own judgement to apprehend these criminals, whatever it takes.

Too often police officers have been viewed with suspicion by politicians. Whether it’s stop and search or chasing moped thieves, they aren’t being treated like highly trained professionals, but as suspect characters themselves.

Enough of this nonsense. The police must be trusted to use their training and judgment to catch criminals. If they need to use force or speed, so be it.

Frankly, if a moped thief gets knocked off their bike in a high-speed chase, it’s their own fault.

The Met must be empowered to do what it takes to lay down the law — and to reclaim the streets of London.