Michael McIntyre and his son attacked by hammer-wielding moped gang

Michael McIntyre and his son, 10, are attacked by hammer-wielding moped gang: Comedian’s £15k Rolex is stolen by muggers who smash up his Range Rover as his boy sits in the back in London

Michael McIntyre was mugged by masked moped robbers yesterday who snatched a £15,000 Rolex from his wrist as he drove with his son.

The millionaire comedian was sitting in his Range Rover with his ten-year-old when two thugs started trying to smash the driver’s window with a hammer.

McIntyre fell out of the car and appeared to try to fight off the robbers, a witness said. As the thugs fled, the 42-year-old rushed round to the passenger side of the vehicle to comfort his son. 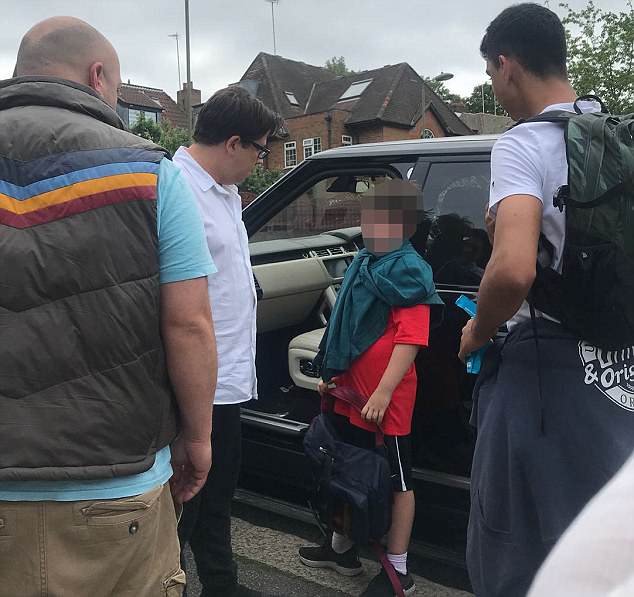 Michael McIntyre (pictured with his ten-year-old son) was mugged by two masked moped robbers yesterday as he drove with his boy in Golders Green, North West London 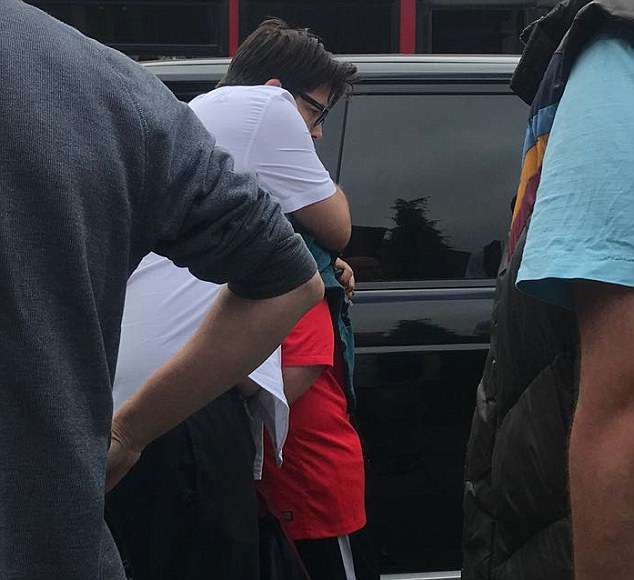 As the thugs fled, the 42-year-old rushed round to the passenger side of the vehicle to comfort his son (pictured)

The father-of-two, who’s worth around £38million, was forced to hand over his expensive watch in the raid.

McIntyre had just collected his son and they were about to set off home when they were attacked at around 2pm.

He was sitting in the car when the muggers ran up and shattered the driver side window.

The criminals then demanded he unfasten his designer watch and hand it over.

The witness, who did not want to be named, said: ‘The guy at the front of the moped started to hit the driver’s window about ten to 15 times and it eventually just cracked. He opens the door and gets Michael McIntyre out of the car. Michael fell but he was still trying to put up a fight. 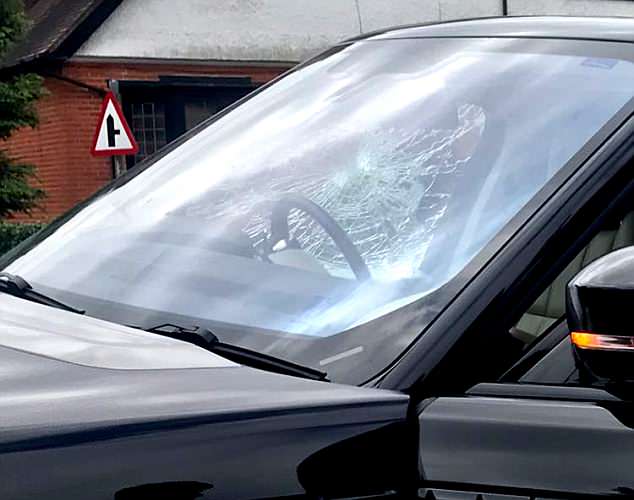 ‘And then within seconds they were gone down the hill. It was all so quick – the whole thing must have taken 30 seconds. Michael’s son was in the car with him in the front passenger seat.’

It’s not known if the comedian was targeted or his £120,000 Range Rover was simply in the wrong place at the wrong time.

As crowds of people surrounded him following the attack, McIntyre is said to have shook his head and said: ‘I need to find out the best thing to do here, I can’t say anything.’

People living in the area said muggings were common. Residents have learnt to hide their phones when they get off the bus for fear of being robbed, the witness said.

The comedian with his wife Kitty in 2014

‘I was really shaken after it happened. It was shocking.’

The witness said that a the moped riders sped away, McIntyre jumped out of the car to comfort his son while police arrived.

The comedian’s agent confirmed there was an incident, but said: ‘He is absolutely fine.’

McIntyre, who is worth an estimated £25million, lives in nearby Hampstead with wife Kitty, an aromatherapist. They have two children, who have been regularly mentioned in his live stand-up shows, including one routine in which he jokes that they do not do anything he tells them to.

He rocketed to fame when he was given his own BBC1 show, Michael McIntyre’s Comedy Roadshow, in 2009. Ticket sales for his Showtime tour in 2012 made him the most commercially successful stand-up comedian of all time.

He is currently on the UK leg of his Big World Tour.

The mugging follows a spate of terrifying robberies by moped gangs in London. Masked thugs as young as 14 use stolen scooters for their speed and manoeuvrability – and because police are often reluctant to give chase. A Metropolitan Police spokesman said: ‘The victim was stationary in his car when two males on a moped smashed the car windows with a hammer before stealing property. No injuries were reported.

‘No arrests have been made. Enquiries continue. Anyone with information is asked to call police on 101 quoting CAD4018/04JUN or call Crimestoppers anonymously on 0800 555 111.’