Horse Riding champion Corinna Betsh has stood by her man for almost five years after his after a horror ski accident in 2013. 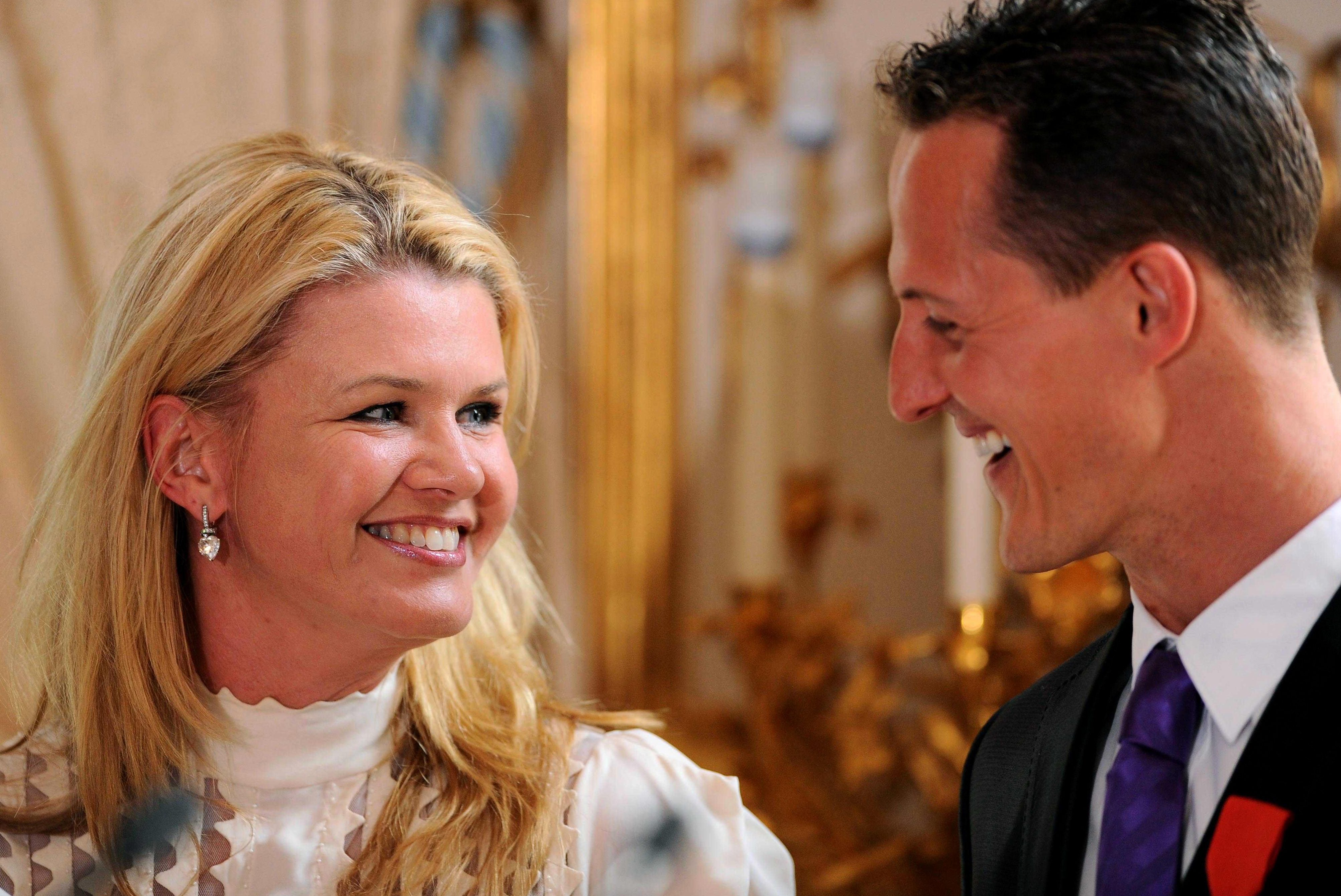 Family and friends have shed new light on the progress of the seven-time Formula One champ after the skiing accident with his teenage son Mick Schumacher when he fell and hit his head hard, shattering the helmet he was wearing.

The Daily Mail has reported was "not bedridden or surviving on tubes" and cite German magazine Bravo as reporting Schumacher is to be moved to a clinic in Dallas, Texas, that specialises in treating brain injuries.

After Michael's skiing accident Corinna, whom he married in 1995, is said to have kept out of the spotlight while dedicating herself to his full-time care and rehabilitation.

Corinna has also taking over his half-a-billion pound business empire to keep it going. 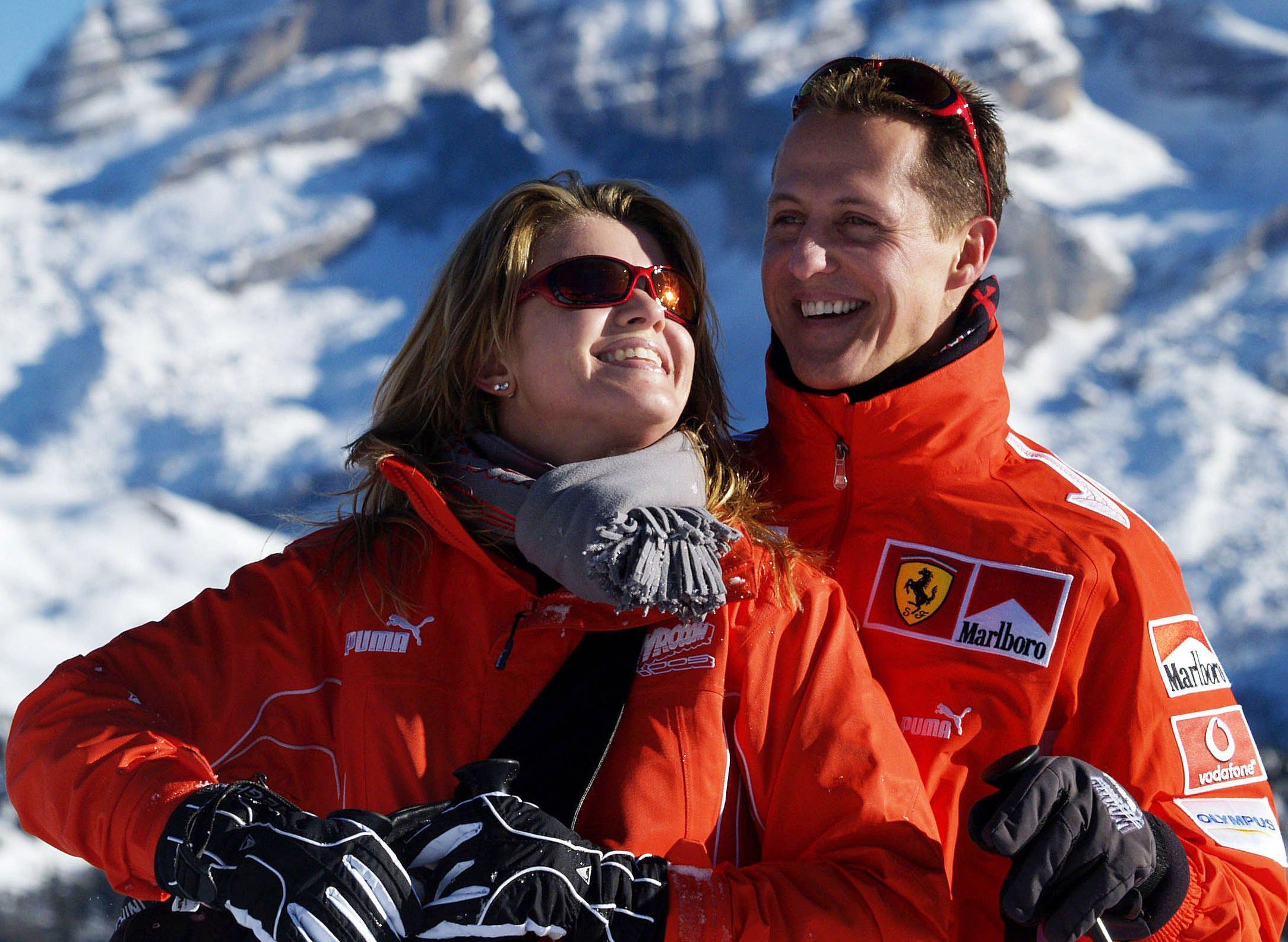 She had been a big supporter of her husband's career and was often seen by his side at races.

Back in 2013 he told a German TV channel he and his wife had never had a bad bust-up.

He said: "It's because we share the same values.

"During all the time I was racing she was my guardian angel." 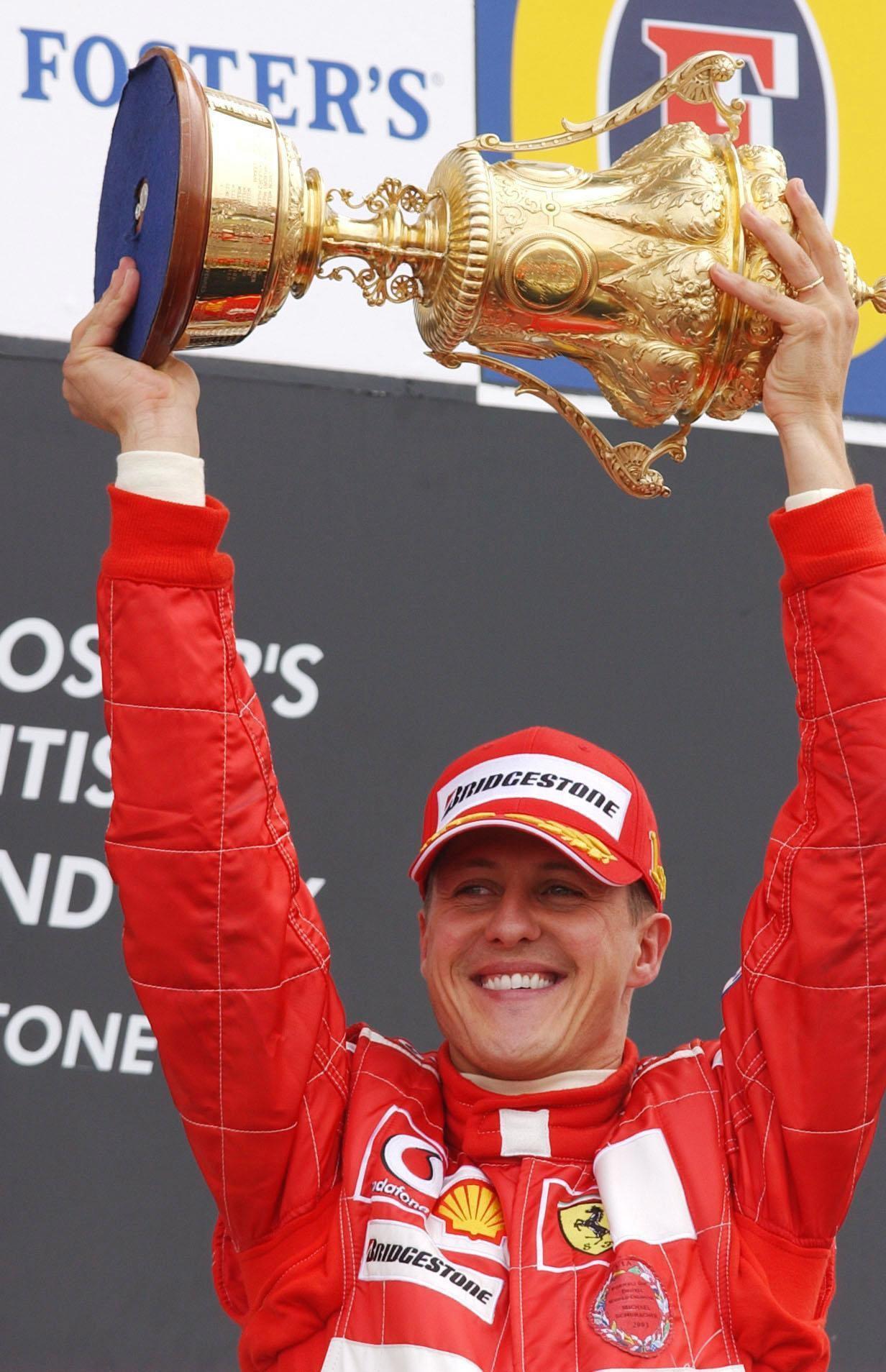 German magazine Bravo as reporting Schumacher is to be moved to a clinic in Dallas, Texas, that specialises in treating brain injuries.

Mark Weeks, the director, told the magazine: "We have a lot of experience with patients who are suffering this kind of trauma.

"There is probably no clinic in Europe that treats as many cases as we do." 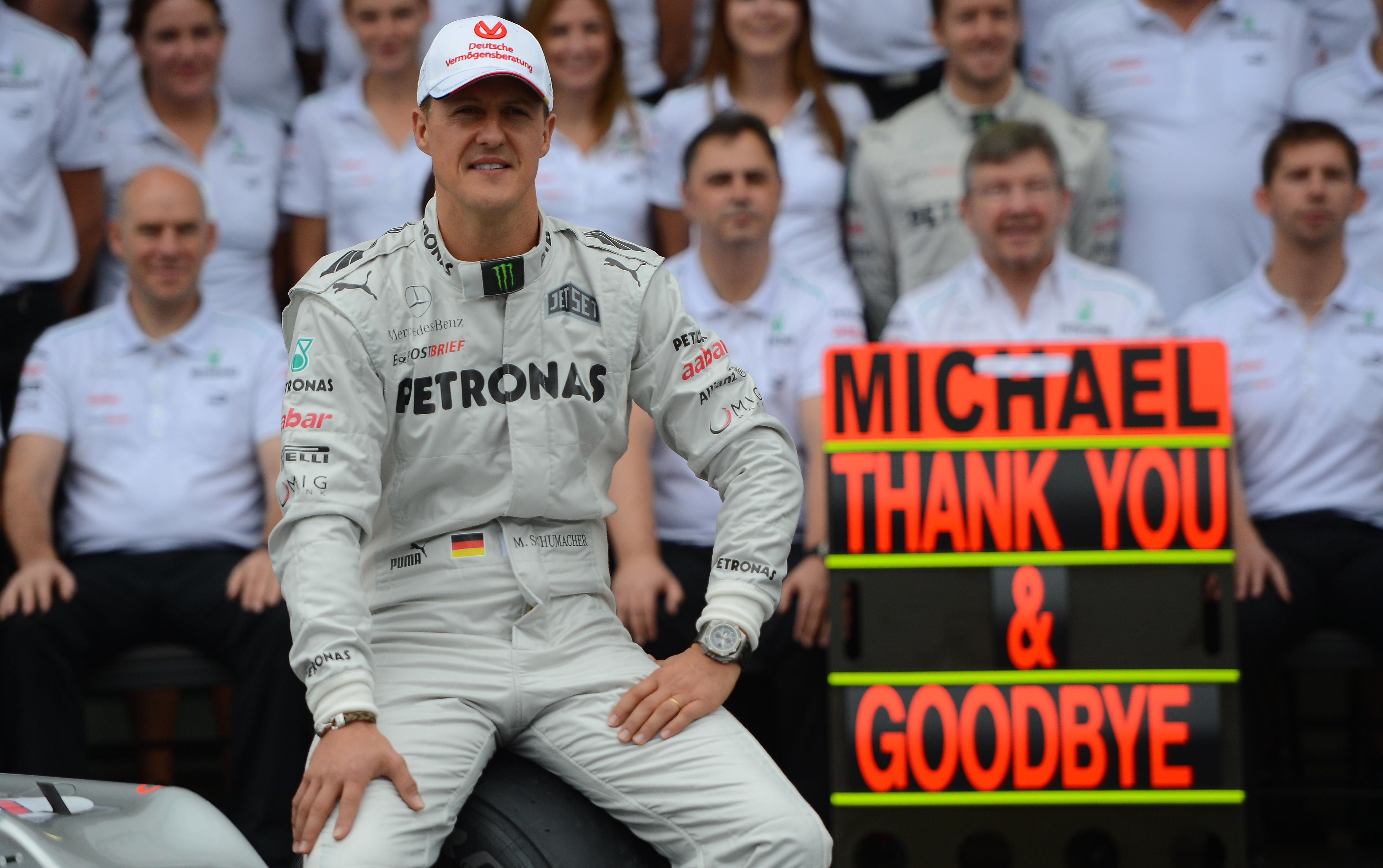 It comes after a German archbishop said last month that the legend "senses that loving people are around him".

Georg Gänswein has told how he paid an emotional visit to see Schumacher in 2016 as he recovered from his horror skiing accident three years earlier.

He said although Schumacher's face has "become a little fuller" the record-breaking driver still looks the same as he did when last seen by his millions of fans.

"I sat opposite him, took hold of both hands and looked at him," the 62-year-old – who is one of Pope Francis's key advisers – said according to German newspaper Bild.

"He senses that loving people are around him, caring for him and, thank God, keeping the overly curious public away."

Gänswein added: "Of course, I include Michael Schumacher and his family in my prayers."

The much-loved sports star was critically  injured when he fell while skiing with son Mick in the French Alps in December 2013.

Earlier it the star's manager revealed Schumacher had a ‘secret dream’ to disappear from public life.

The race ace's family have always remained tight-lipped about the star's condition leaving his legions of fans in the dark about his health.

It is believed the 49-year-old German is being cared for by a team of medical experts at his luxury home in Gland near Lake Geneva in Switzerland.

Schuey – who won 91 races in a record-breaking F1 career – is reportedly receiving £50,000-a-week treatment from a team of 15 physicians and nurses. 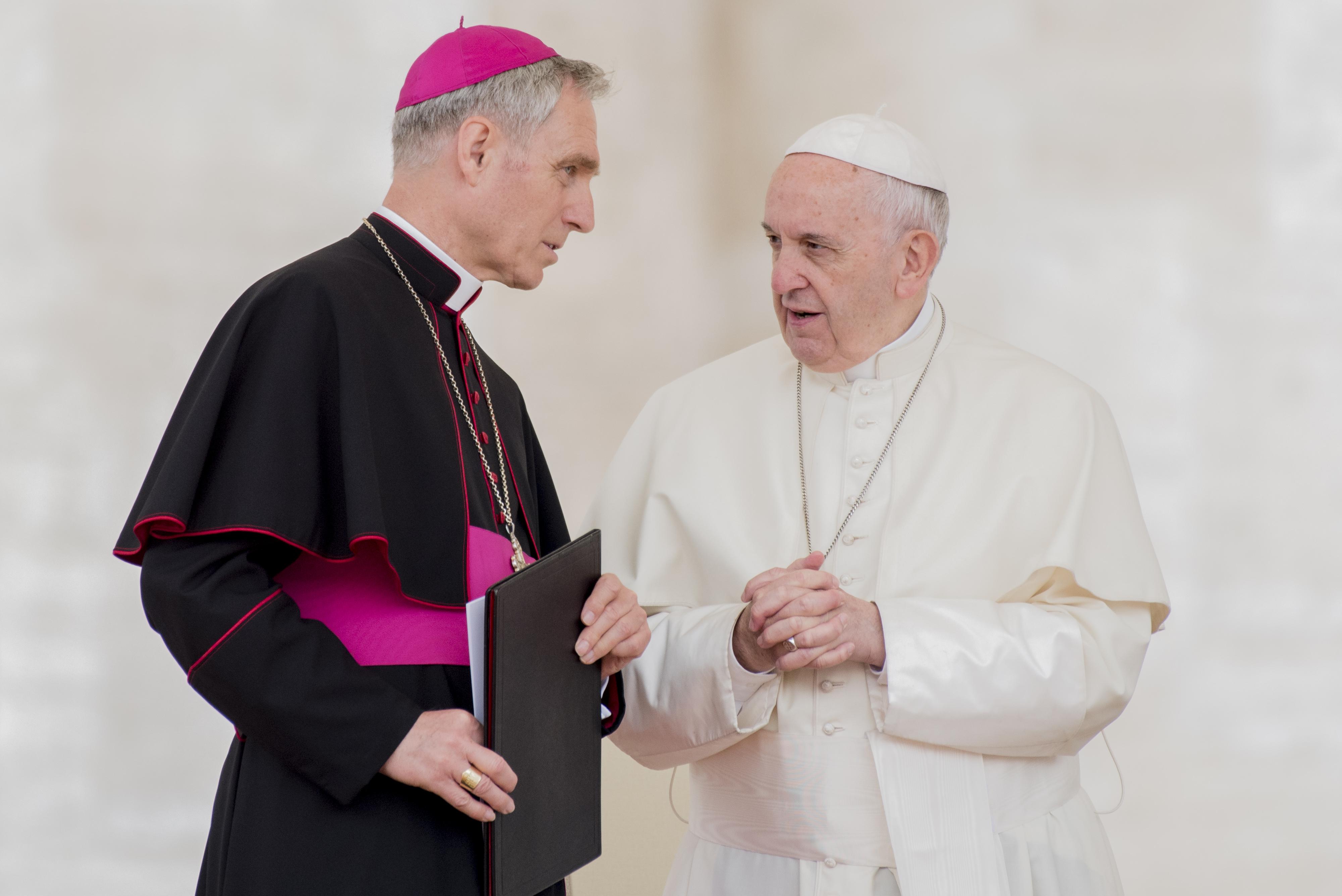 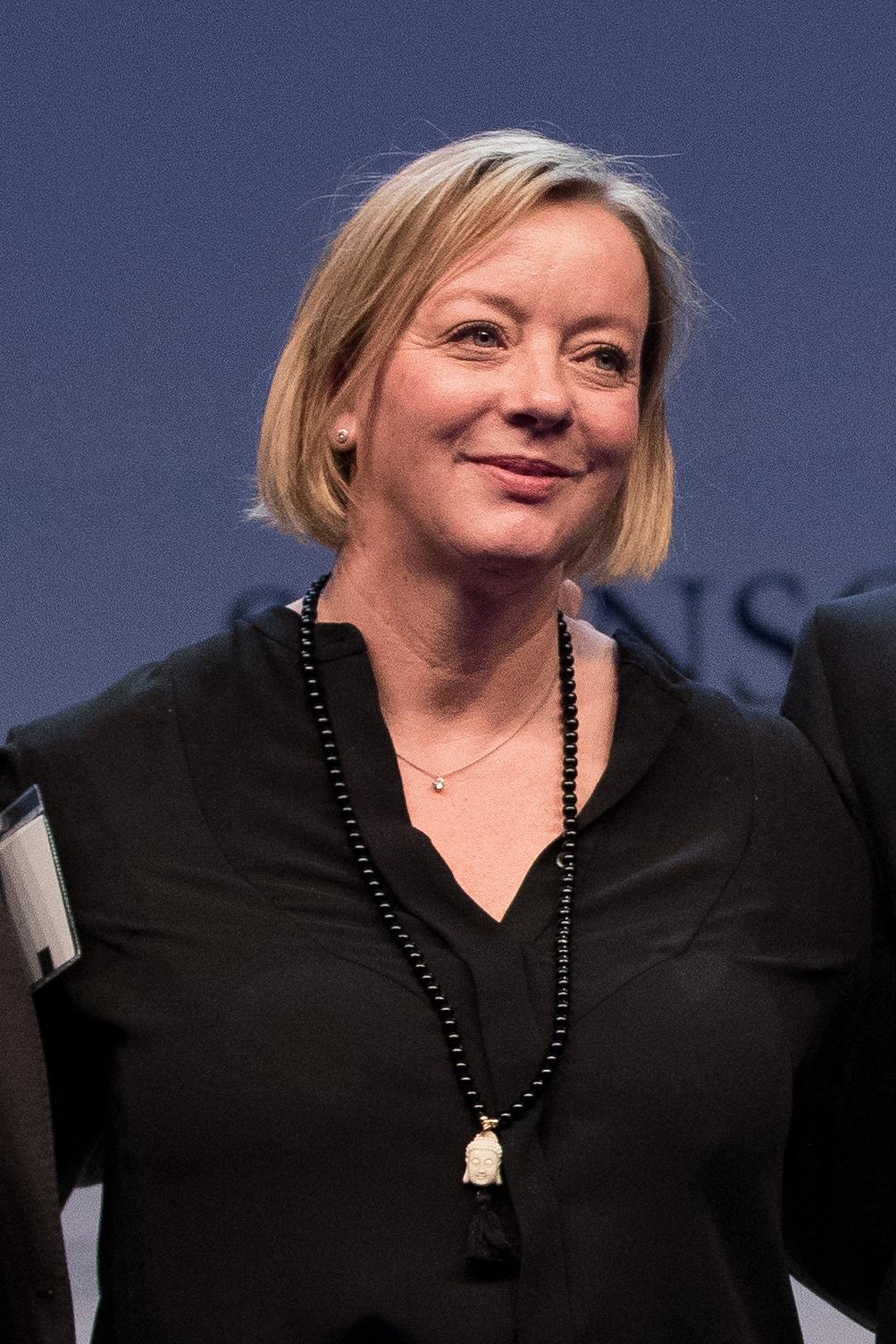 The much-loved driver’s manager has always insisted the superstar's health is not a public matter – and it now may have finally been revealed why.

Speaking at a media meeting in March 2016,  Sabine Kehm told how the seven-time F1 champ had always yearned for a life away from the cameras.

Her comments have only just been made public and could just reveal why she has never released any updates on the sport icon's condition.

"In general the media have never reported on Michael and Corinna's private life," she said. "When he was in Switzerland, for example, it was clear he was a private individual. 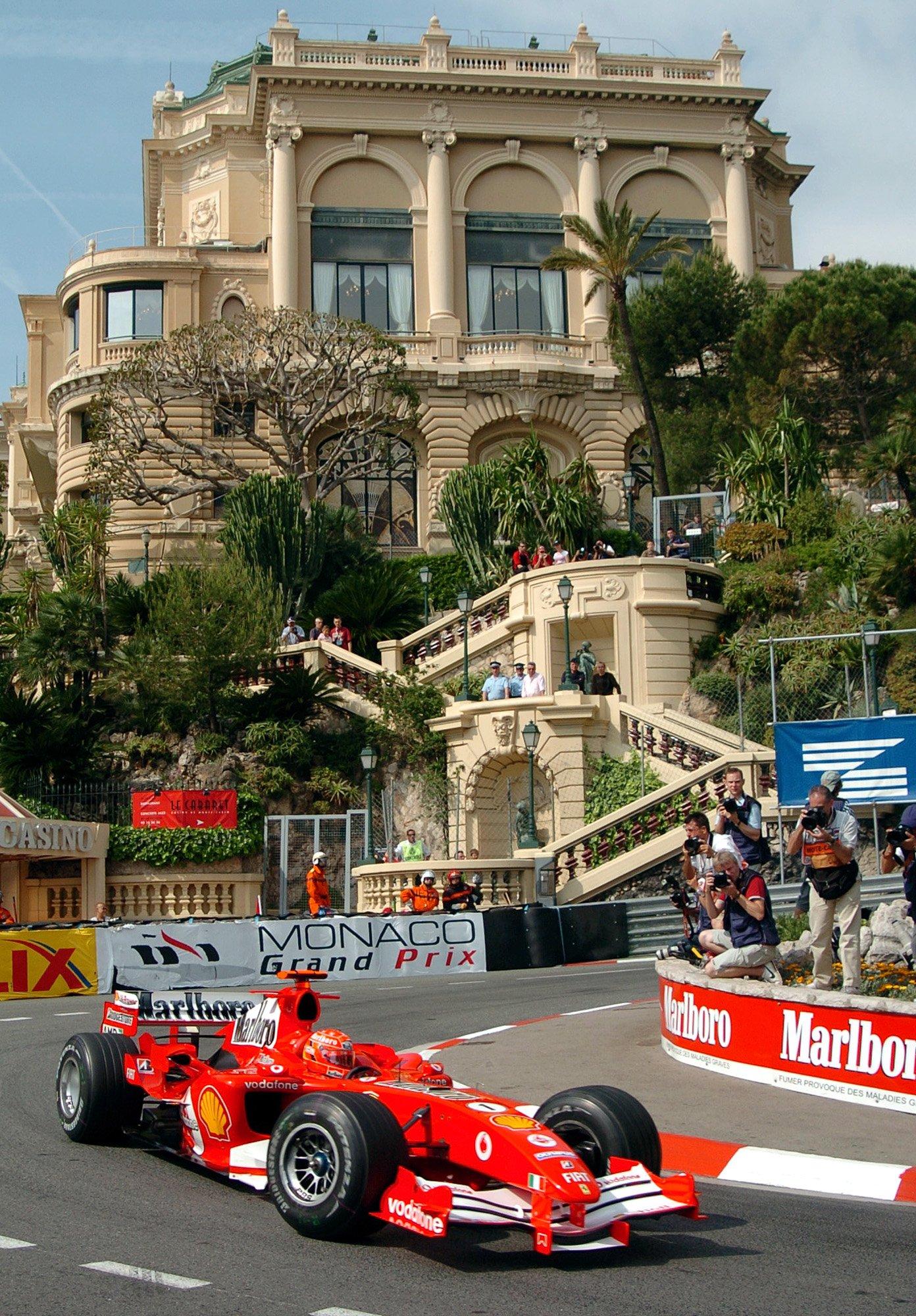 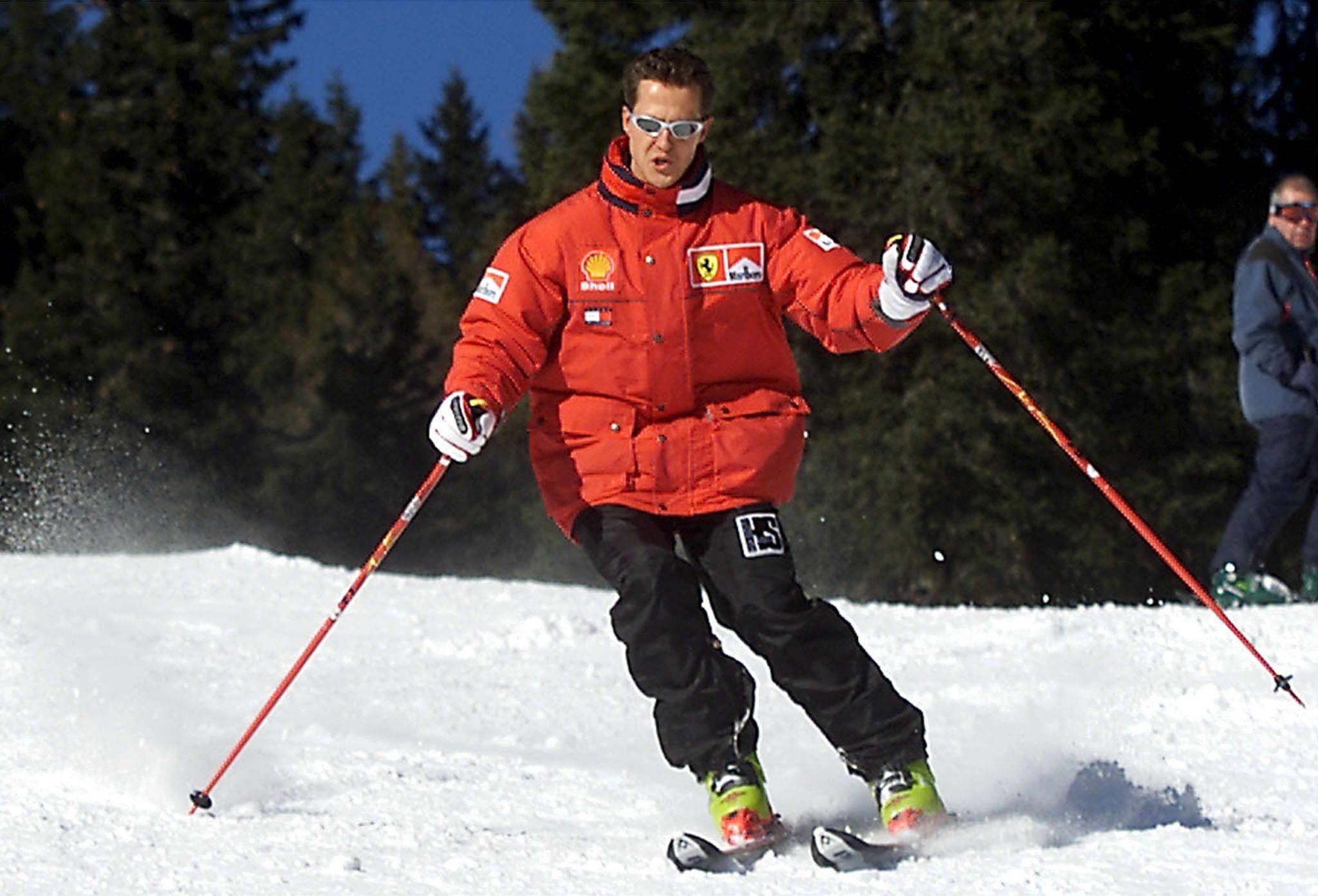 "Once in a long discussion Michael said to me: 'You don't need to call me for the next year, I'm disappearing.'

"I think it was his secret dream to be able to do that some day. That's why now I still want to protect his wishes in that I don't let anything get out."

One was quoted as saying: "When you put him in his wheelchair facing the beautiful panorama of the mountains overlooking the lake, Michael sometimes cries."

And Schumacher's former boss at Ferrari Jean Todt has told how he visits the race ace every month.

He told The Times: "I love Michael. I see his family. I wish the situation would be different.

"When people ask me what is my best memory, it’d say Suzuka in 2000. Michael is world champion after 21 years.

"I remember saying to Michael, ‘On a professional level, things will be different for us."

Last November,  Schumacher's daughter has posted an inspirational message to his fans to keep the hope of his recovery alive

Gina-Maria, 20, wrote on Instagram: "There is only one happiness in this life, to love and be loved #keepfighting."

His wife Corrina, 46, Gina-Maria and her brother Mick, 18, have rarely spoken out about his condition.

However, the star's former manager Willi Weber said last October: "I find it very unfortunate that Michael's fans do not know about his health. Why are they not being told the truth?"

In 2016 his team were forced to deny claims in a German magazine that he was now able to walk with the aid of therapists.