A Michigan police officer has been placed on administrative leave after he and several other cops were caught on video pinning a man to a sidewalk and repeatedly hitting him.

The footage, which was captured by a witness in his car late Tuesday, shows an unidentified 25-year-old assault suspect in a struggle with Lansing officers before he’s taken to the ground.

Five cops then order the man to comply as they continue to scuffle on the sidewalk amid heavy rain, the clip shows.

At least three officers then strike the man, including with blows to the head, the video shows.

“Why are you hitting me?” the man asks, as the witness pleads with the officers.

The man keeps resisting while officers continue to tell him to get on his stomach.

At another point, the suspect says “I can’t breathe,” the Lansing State Journal reported.

The man is later seen being detained by an officer while yelling the name of George Floyd, whose police-custody death in Minneapolis sparked nationwide protests earlier this year. 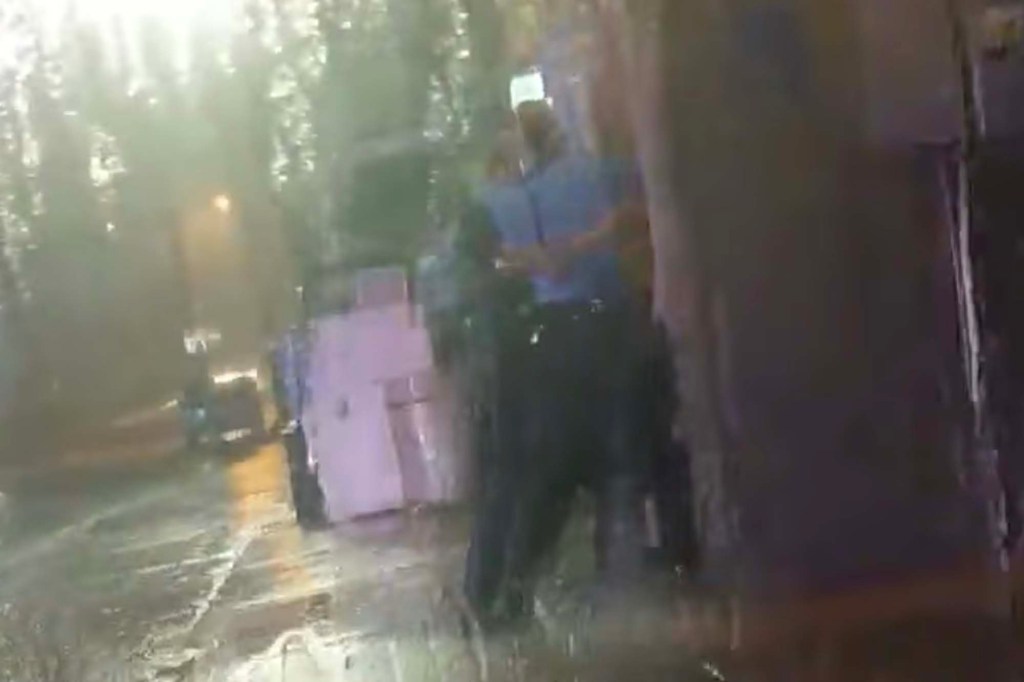 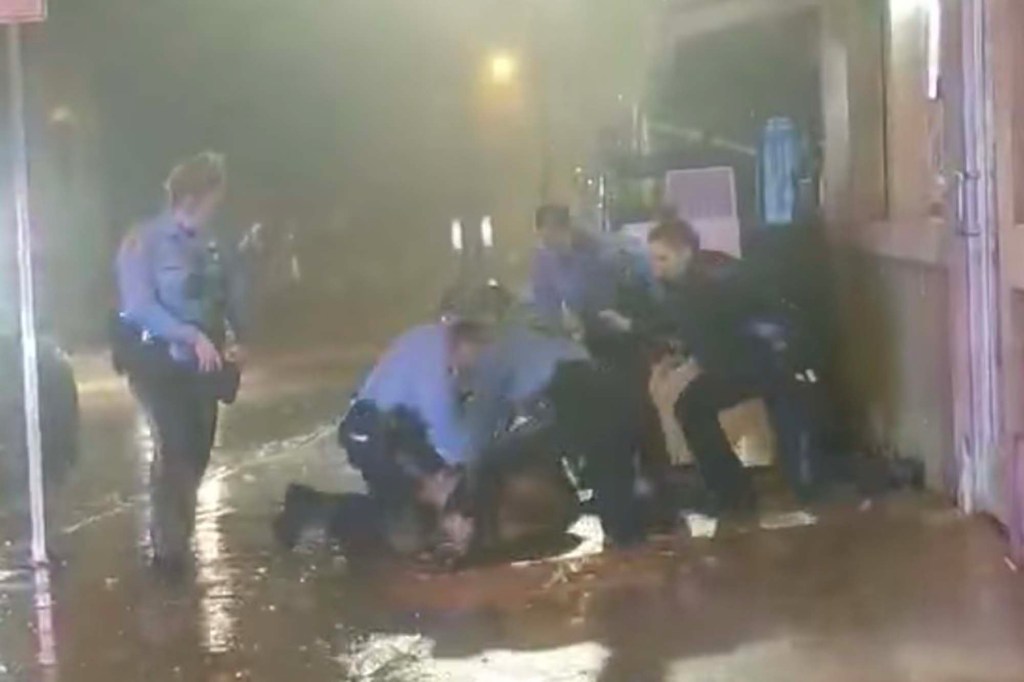 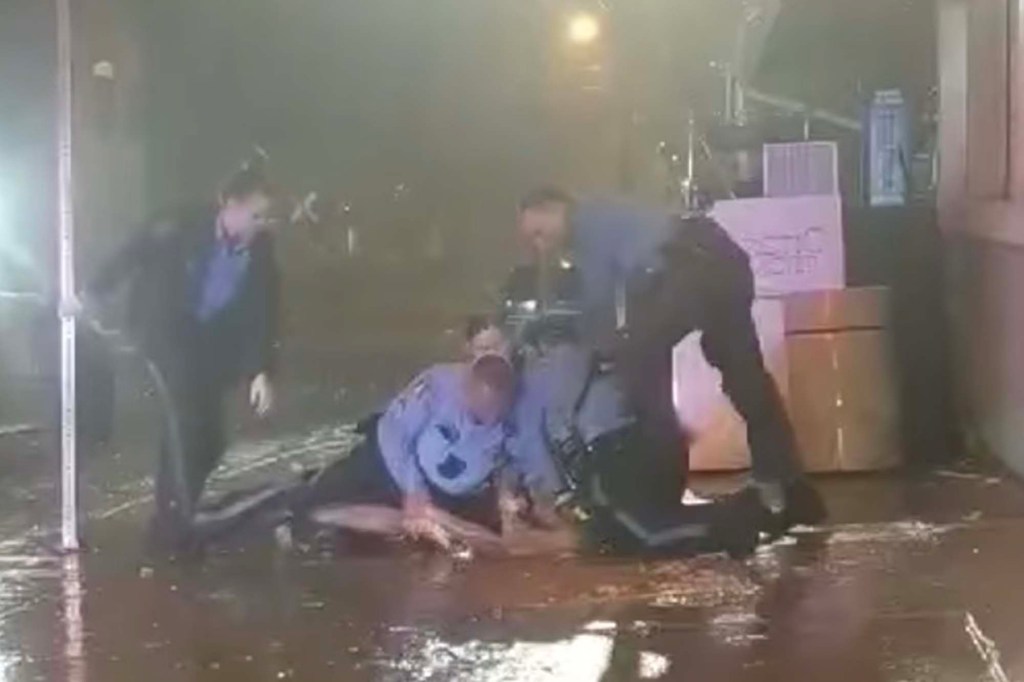 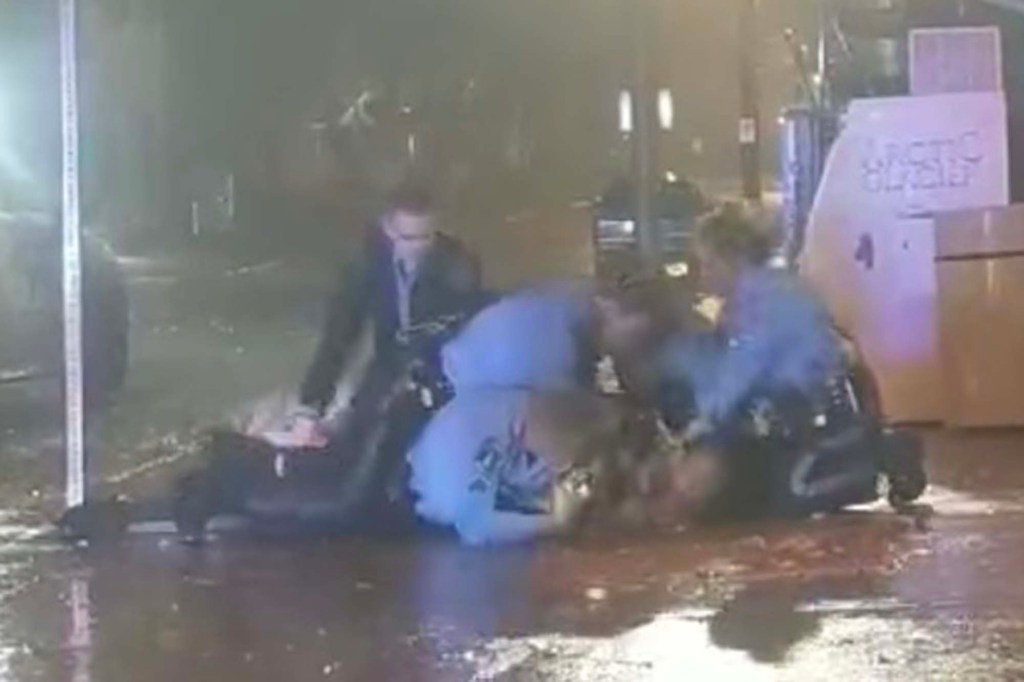 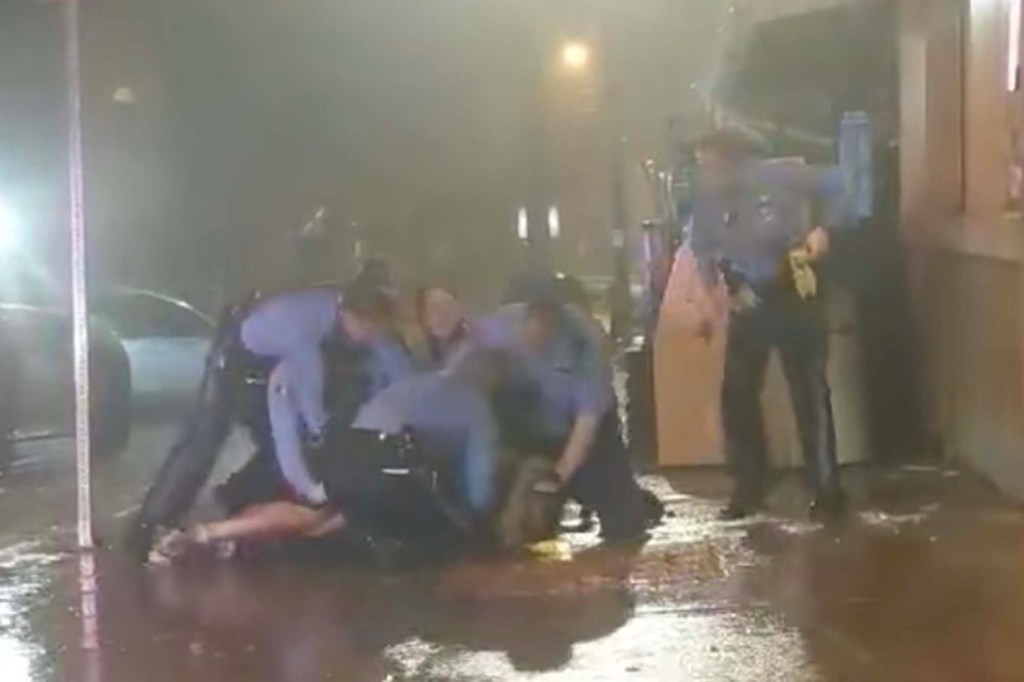 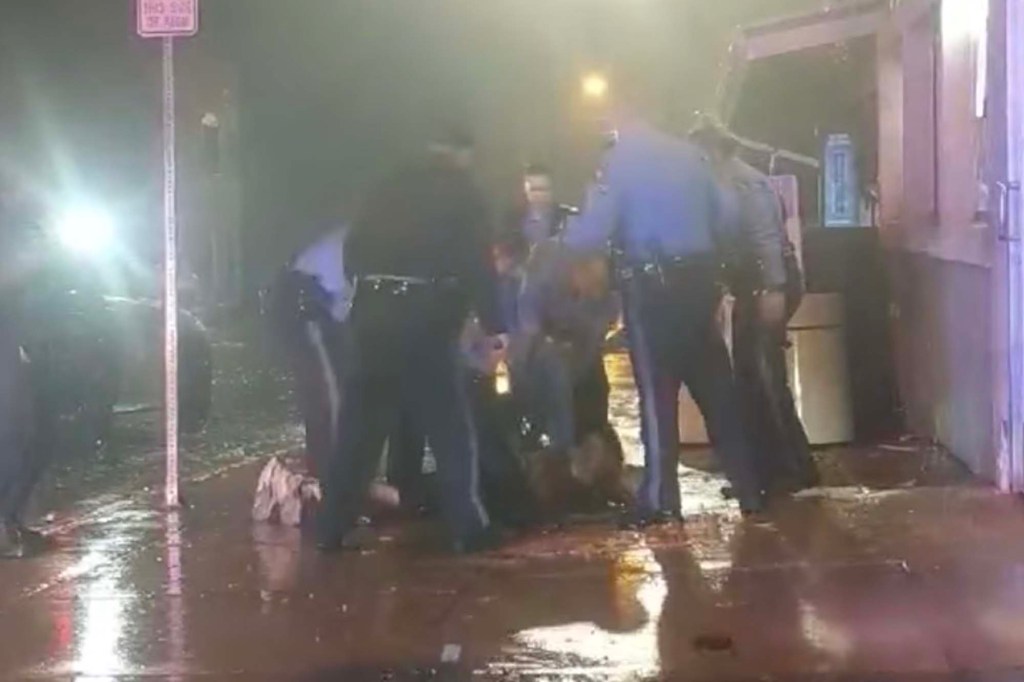 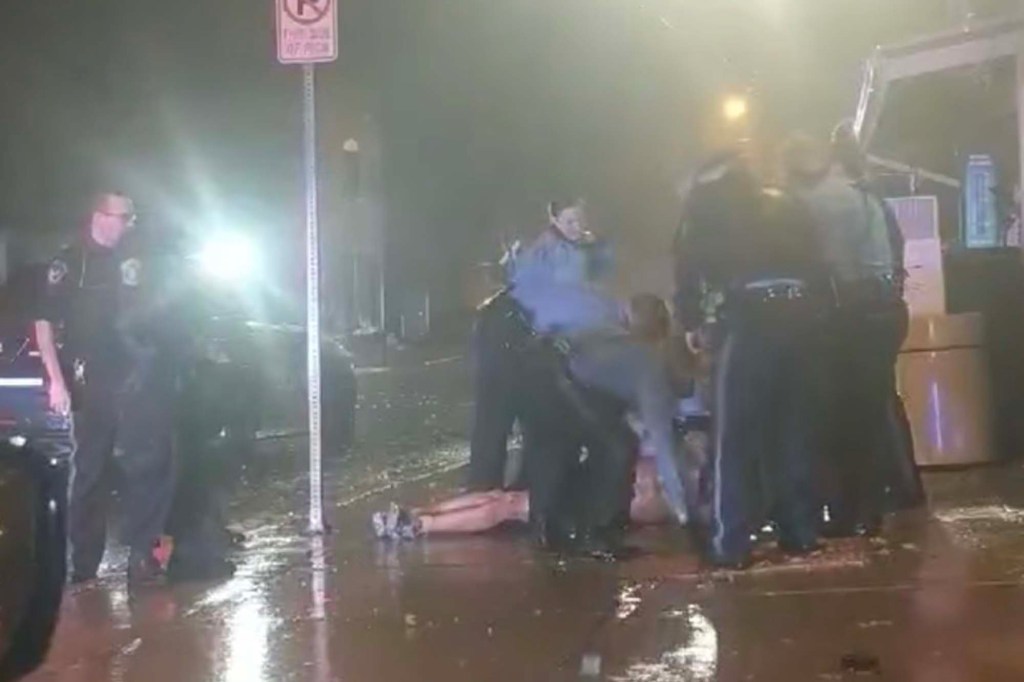 Friends Believe Instagram Influencer's Death Was Foul Play: 'This Was a Murder'