A millionaire businessman who rounded up a vigilante gang to murder a burglary suspect has been jailed for 15 years.

Neil Elliott, 44, grew from humble beginnings to own “the biggest house in Hartlepool” with stables, a pool and seven bedrooms.

Jurors were told Elliott, who owned two successful companies, was the ‘sergeant major’ who martialled his ‘foot soldiers’ in hunting down and killing Michael Phillips, 39. 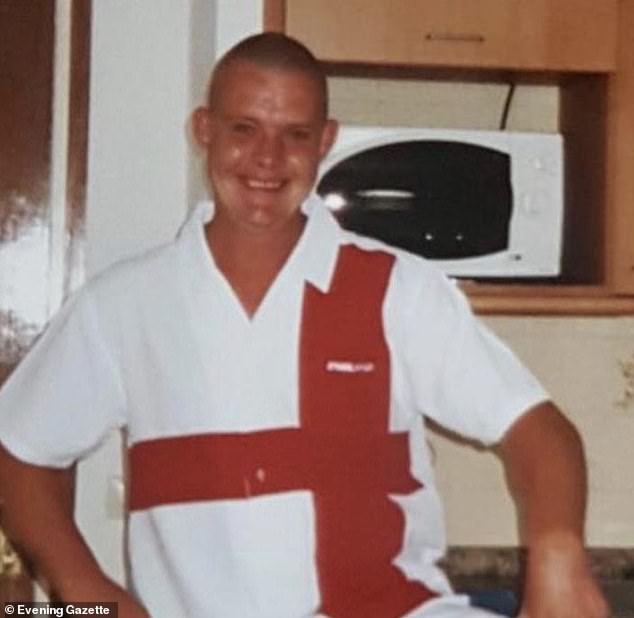 Michael Phillips was beaten to death in his home by a gang who stamped and kicked on him as he cowered by his fish tank. His family say drug problems meant he was treated ‘like a second class citizen’

He and two accomplices were jailed by Mr Justice Jacobs at Teeside Crown Court today.

The judge said: ‘What happened has been described as street justice in this trial but the problem with street justice is that it is not justice at all and as we have seen here it may be administered to the wrong person in the wrong Street.’

The court had been told Michael Phillips was beaten to death in his home by a gang of seven men who stamped on and kicked him as he cowered by his fish tank, raining down blows using a knuckle duster and a cosh.

Mr Phillips, who was known locally for struggling with drug addiction, was so badly beaten that his chest gave way as paramedics later tried to carry out CPR.

Elliott was convicted of manslaughter and an assault on another man the same day as Mr Phillips’ murder as he conducted his manhunt. 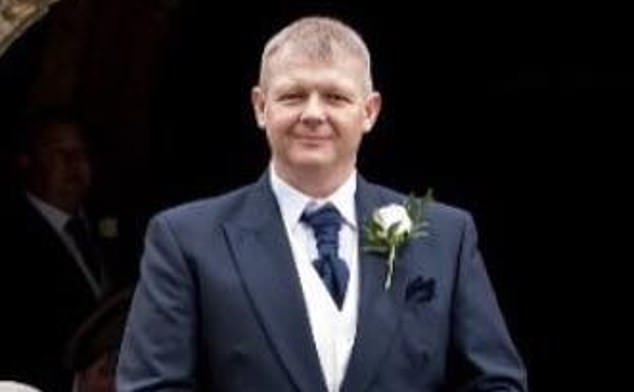 Neil Elliott, 44, vowed revenge on the burglar who broke into his daughter’s home. But a case of mistaken identity led to the murder of another man. Elliott was jailed for 15 years having been convicted of manslaughter

Darby was jailed for life with a minimum term of 23 years and Small for 12 years.

Mr Justice Jacobs said “Elliott and Darby treated drug addicts with contempt, they were smackheads whose houses could be entered without any invitations and violence inflicted on them without any recognition that they were people who were entitled to live their lives in peace.”

He said Mr Phillips did not support his addiction through theft and had not burgled Yasmin Elliott’s home. In the aftermath of the crime Elliott cruised the streets with his henchmen in his £46,000 Mercedes pickup truck looking for the culprit.

After viewing CCTV near Yasmin’s home, Elliott decided Michael Phillips was responsible and he was beaten to death with knuckle dusters and a cosh as he cowered in a corner of his living room.

The court heard there was no real evidence to suggest Mr Phillips was the burglar and he was innocent.

Elliott, described as a “man of influence’, in court, became intent on revenge when his daughter’s house was broken into, posting on Facebook: ‘Whoever burgled my daughter’s house and took her car, your life is about to change, trust me.’

During the case Elliott, boss of the Niramax waste management company and Seneca Global Energy Ltd, was questioned about his wealth by Nick Johnson, QC, prosecuting. 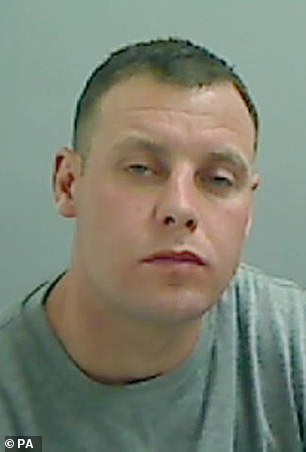 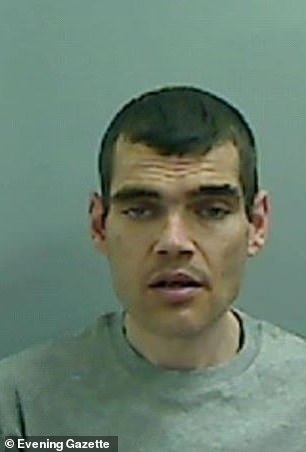 Elliott agreed he grew up in the Foggy Furze area of Hartlepool and that it was a poor area but said: “A lot of really good people live around there.”

The court heard Elliott left school with no qualifications and came from “very humble beginnings”.

Mr Johnson asked: “By June 2019 you were director of multiple companies.

Elliott was cleared of manslaughter.

Craig Thorpe, 36, John Musgrave, 54, Sean Musgrave, 30, and Gary Jackson, 30, all from Hartlepool, were cleared of all charges.

In an impact statement Mr Phillips’ brother Philip Sharp said he had been talked about in the town “like a second class citizen” due to his drug problems. 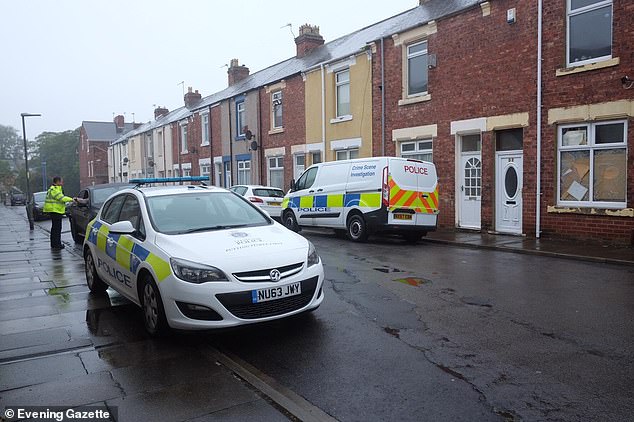 Police in Rydal Street, Hartlepool. Mr Phillips suffered 50 injuries, including 15 broken ribs, skull and facial fractures, and a punctured lung and spleen, when a group of men attacked him

He said: “Family members have been having nightmares and on medication to help them get through the day. There is no joy any more.”

The prosecution said the murderous attack was prompted by Elliott who had issued a “stark and chilling warning” within minutes of his daughter discovering the burglary.

Nicholas Johnson, QC, for Elliott, said: “Mr Elliott was driving the car that got people there and he was interested in knowing who had burgled his daughter’s premises, but he was not taking a leading role in the group that was committing the offence inside that house.”

Elliott was cleared of murder.

The jury, in clearing him of murder, may have decided that Elliott planned to cause what was short of ‘really serious violence’, the judge said.

But the jury decided with their verdicts that Darby went even further, the judge said.

Mr Johnson said Darby took the law into his own hands that day, despite a police investigation already looking into the burglary and theft of Elliott’s daughter’s car.