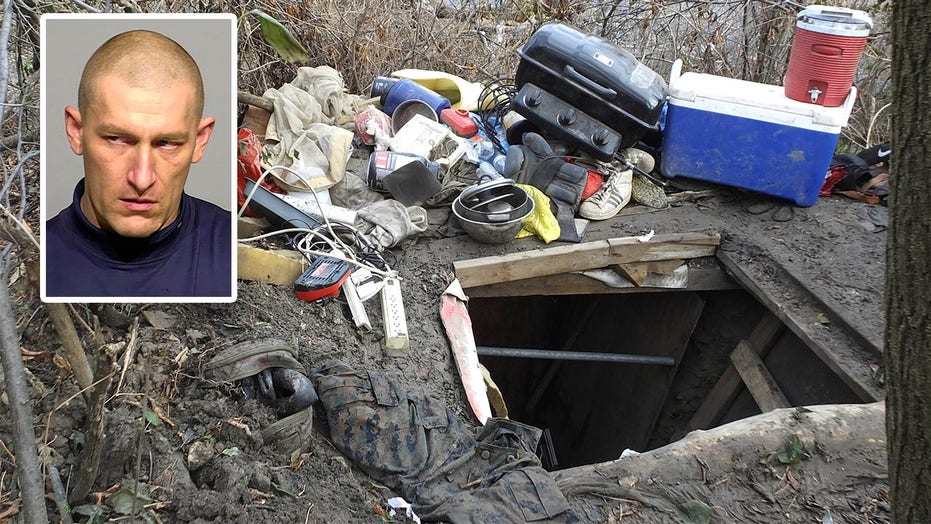 A Wisconsin man was founding living in an undetected underground bunk in the Milwaukee woods for years with a dog and a stockpile of weapons and ammunition.

After entering the 8-foot-by-8-foot bunker - which was also 20-feet-long - the deputies found an arsenal of weapons including two shotguns, a rifle, a handgun, three knives, ammo and a bow with arrows fashioned from “snowplow stakes,” Milwaukee County Sheriff Earnell Lucas said at a news conference Friday. 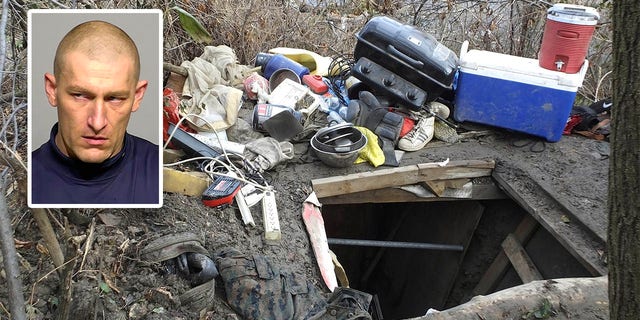 Mugshot for Geoffrey Graff who was arrested after sheriff’s deputies found a stash of weapons in an underground bunker belonging to him in a secluded, wooded area along the Milwaukee River in Milwaukee. (Milwaukee County Sheriff’s Office via AP)

“One would wonder how in an urban setting an individual is able to hide in plain sight,” Lucas said.

Graff, 41, was charged Friday with possession of a shotgun, the Milwaukee Journal Sentinel.

He was also charged with reckless endangerment after admitting that he was the one who fired the shots that deputies were called to check out, according to the paper. Graff said he fired three shots towards the Milwaukee River after his dog ran away. 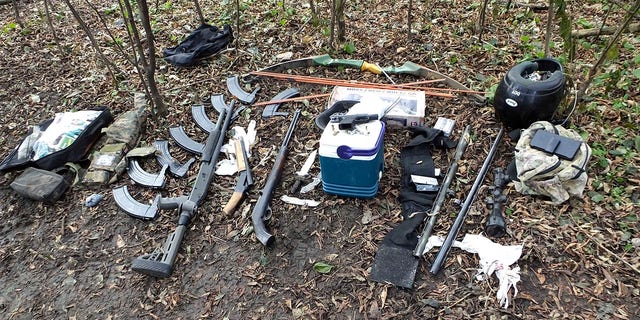 Photo shows items found in an underground bunker where Geoffrey Graff was arrested after sheriff’s deputies found a stash of weapons in the bunker. Officers found the bunker after residents reported shots fired. (Milwaukee County Sheriff’s Office via AP)

“Let’s just be thankful that this didn’t manifest itself in a way, that it could’ve been more. We could be investigating something totally different,” Lucas said.

Graff had constructed the bunker on wooded land along the river that was owned by a local college, Fox 6 Milwaukee reported. 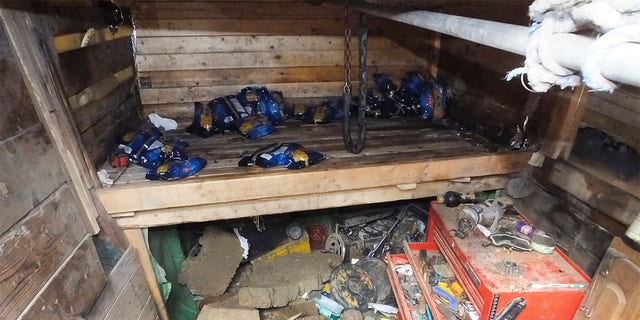 Photo shows the interior of an underground bunker where Geoffrey Graff was arrested after sheriff’s deputies found a stash of weapons in the bunker.<br>
​​​​​​​(Milwaukee County Sheriff’s Office via AP)

The criminal complaint says Graff had been living there for about seven to ten years, according to the paper.

The station quoted Lucas as saying that investigators had “not been able to find any ideological or political motive for the individual's alleged conduct.”

Court records show a 2012 arrest for scuffling with cops trying to detain him and a 2009 summons for riding a bike down the street with eight German shepherd dogs running alongside, the station reported.