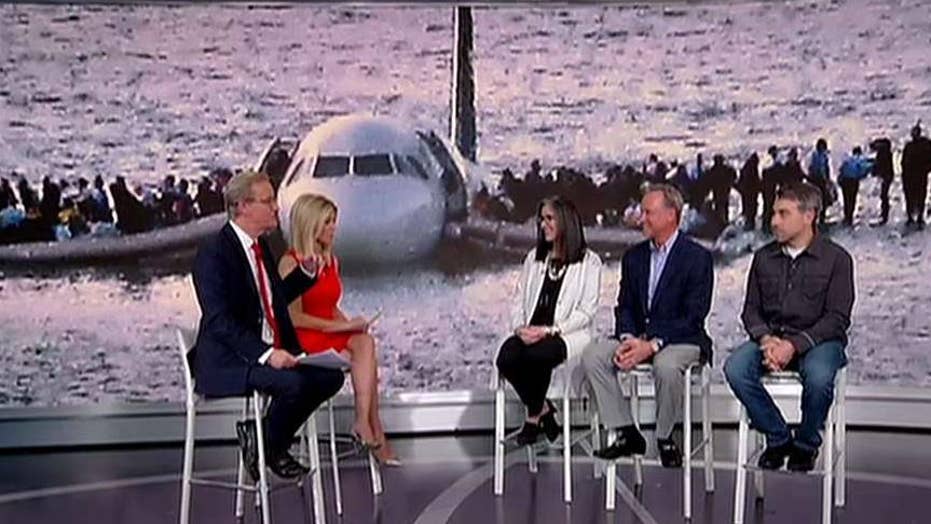 On the 10th anniversary of US Airways Flight 1549’s crash into the Hudson River, three passengers join ‘Fox &amp; Friends’ to reflect on the emergency landing that will never be forgotten.

On Jan. 15, 2009, 150 passengers and three flight attendants aboard Flight 1549 placed their trust in Capt. Chesley “Sully” Sullenberger. On Tuesday, 10 years after surviving the plane crash dubbed the “Miracle on the Hudson,” they’re still in disbelief they left the plane that day unscathed.

“It was a one-in-a-billion chance, is what a lot of us say, that we’re here today. So we feel like we’re on our second life and we’re 10 years old,” Barry Leonard, a passenger on the flight, said on “Fox & Friends” on Tuesday.

The plane took off from New York City’s LaGuardia Airport in January 2009, but collided with a flock of geese that caused both engines to stop shortly after. Sullenberger, who said he couldn’t return to the airport, opted for an emergency landing and landed the passenger jet on the frigid waters of the Hudson River.

Everyone on the plane survived. 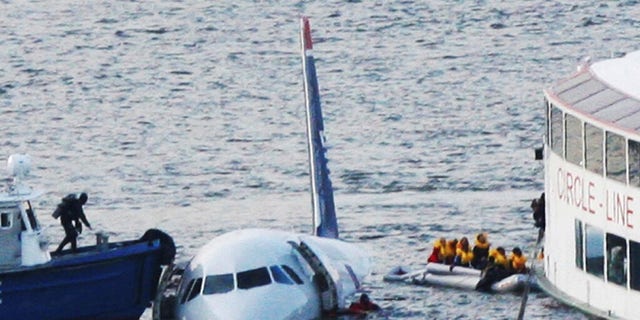 This Jan. 15, 2009 photo shows a diver, left, aboard an NYPD vessel prepares to rescue passengers that escaped from the Airbus 320 US Airways aircraft made an emergency landing in the Hudson River in New York in what came to be known as the "Miracle on the Hudson" because everyone survived.
(AP)

Chris Rini told “Fox & Friends” on Tuesday he decided to book the flight 48 hours before it took off.

“[This flight] changed my life tremendously,” Rini said. “I kind of look at that as a very big life-changing experience because 3 feet one way and 3 feet another” could have made a difference in their survival.

Denise Lockie, another survivor, said she feared the worst when she smelled smoke in the cabin.

“When I heard the first noise and there was this horrendous smell…the first thing that came to my mind, of course being in Manhattan, was there was a terrorist attack,” Lockie said. “I had absolutely no idea it was a bird strike cause I wasn’t looking out the window.”

Lockie said she her first thought was, “I was too young to die.”

“But I also knew that it was more than likely not going to really have a positive ending,” she added.

Sullenberger managed to pull off a miracle when the plane splashed down on the river at 3:31 p.m. One flight attendant and four passengers were hurt, but everyone else was mostly fine.

"I think about not only what we did but what everybody else did," Sullenberger said. "All the pieces had to come together. This group of strangers had to rise to the occasion and make sure that they saved every life."