The winner of Miss England is set to take up a job as a junior doctor today just hours after winning the beauty pageant.

Bhasha Mukherjee, 23, from Derby, was crowned Miss England on Thursday evening after fending off competition from dozens of other models.

She holds two different medical degrees, has a ‘genius’ IQ and is fluent in five languages.

Bhasha is due to start her new job as a junior doctor in a hospital in Boston, Lincolnshire, just hours after the Miss England final ends. 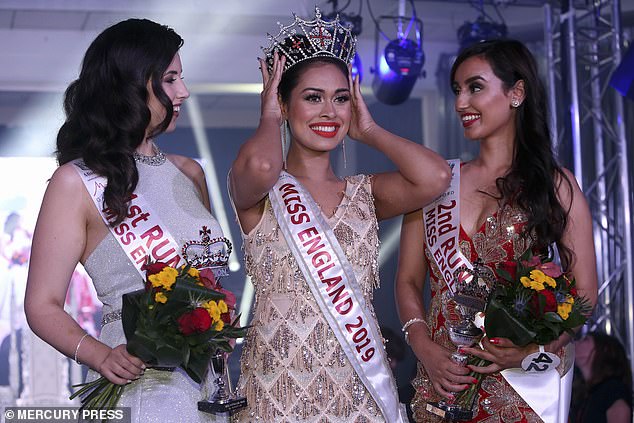 Bhasha Mukherjee, 23, from Derby, being crowned Miss England at a ceremony on Thursday 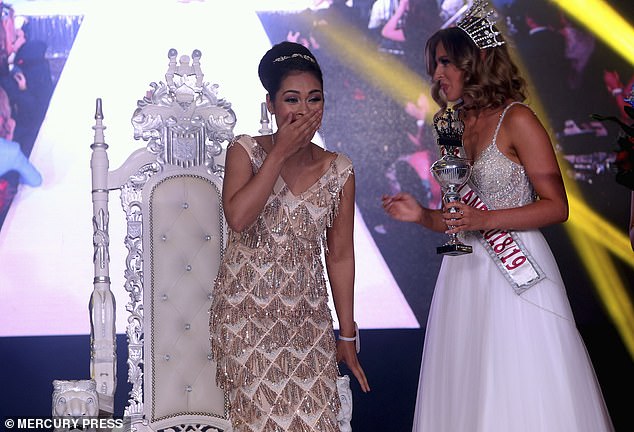 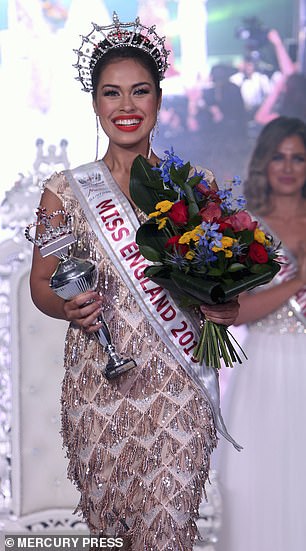 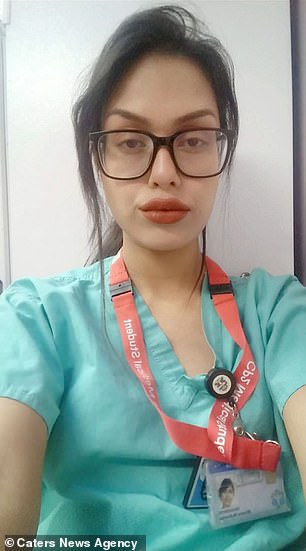 Bhasha is due to take up a full-time job as a junior doctor just hours after winning the contest. Pictured right in her medical scrubs

‘Some people might think pageant girls are airheads, but we all stand for a cause,’ she said before the contest.

‘We’re all trying to showcase to the world that actually just because we’re pretty, it doesn’t end there – we’re actually trying to use our reach and influence to do something good.

‘My pageant career all started to happen while I was in the middle of studying at medical school – it took a lot of convincing for me to do it, but eventually I decided to do it to balance out my studying and give me a break.’

Bhasha – who has an IQ of 146, making her officially a genius – was born in India and lived there until her family relocated to the UK when she was nine.

She went onto complete two bachelor degrees: one in medical sciences and one in medicine and surgery from the University of Nottingham.

She said: ‘I was always the teacher’s pet in school – I won the Einstein Award for being the smartest in my class and I was the top of my school with my GCSE results.

‘I was a bit of a loner as a child as I was new to the country and moved about schools a lot, meaning that I was always branded the ‘new kid’.

‘I was teased a bit for being eccentric and dramatic, but my way out was studying and competitions – I was just so passionate about learning.’

Bhasha found her way in front of a crowd after being encouraged to try performing arts. 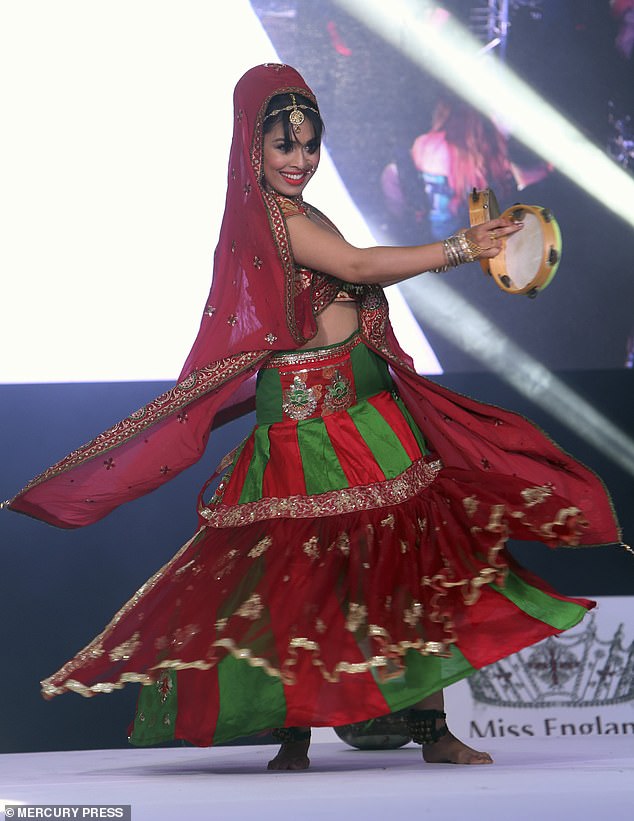 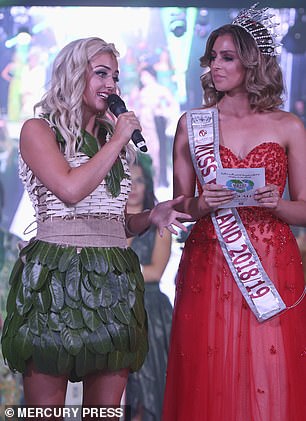 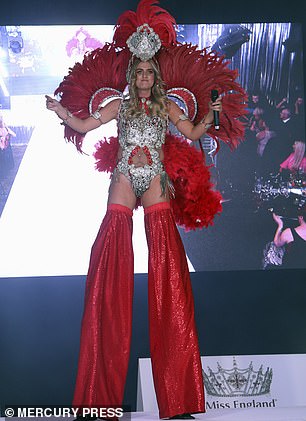 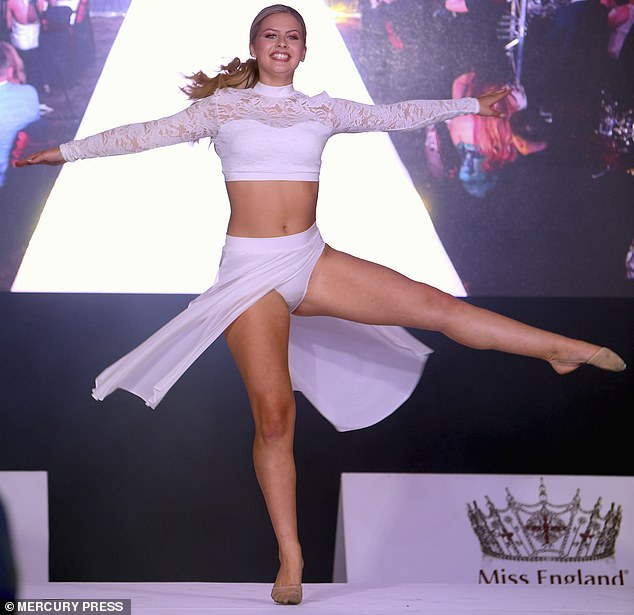 In 2016 she was scouted for a pageant which aimed to increase diversity in beauty contests across the UK, before entering Miss England this year.

And she doesn’t stop at being both a doctor and pageant queen, as the beauty, who is sponsored by Joggy Kang and Puneet Bhandal, even set up her own charity, The Generation Bridge Project, which combats isolation in elderly people, in 2017.

Bhasha said: ‘My nerves are really high at the moment, and I have to catch a 4am train after the Miss England final just to make my induction day at the hospital.

‘I’ve really enjoyed competing in the pageant as everyone is so lovely.

‘One thing I’ve taken from it is a lovely group of supportive friends – we’re definitely not at each other’s throats like you’d expect, it’s all very supportive.’

As winner of Miss England, she will be entered into the Miss World contest and will also bag a holiday to Mauritius. 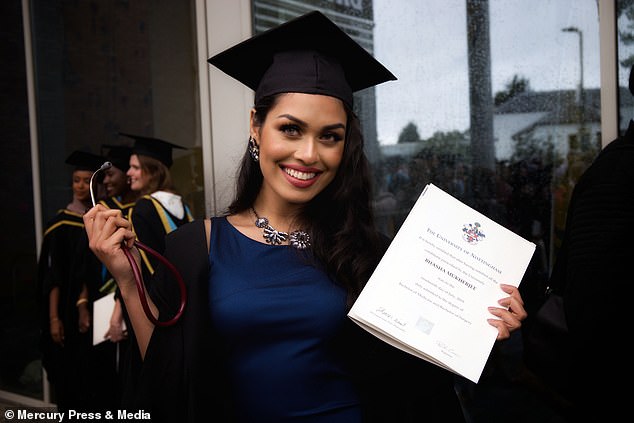