Mississippi prison staff spent taxpayer money on $17,545 worth of massage chairs and $18,004 on items like Himalayan salt lamps to deck out their ‘stress reduction rooms’, a state audit report found 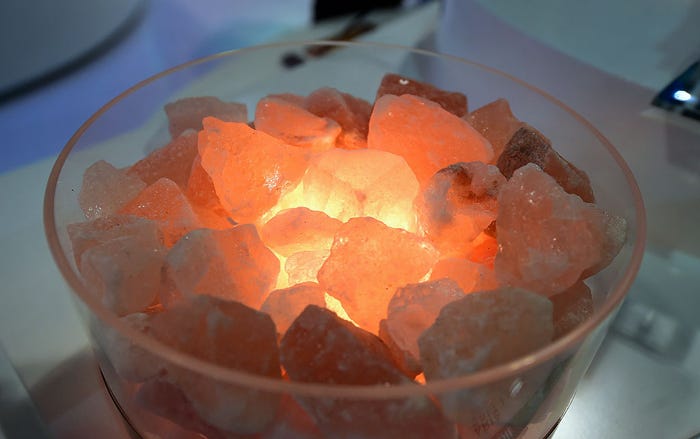 An audit of the Mississippi prison system showed that the Department of Corrections had misspent hundreds of thousands of dollars on travel, luxury items, and buyouts.

The inappropriate purchases included $17,545.25 on 20 massage chairs, $18,004.04 for items like decorative lamps, rugs, art, signs, Himalayan salt lamps, boom boxes, and CDs for staff "stress reduction rooms", the report said. During one wellness day for staff and their families in October 2018, the department even spent $350 on a bounce house.

"This audit shows how a pervasive lack of spending controls can have devastating effects on real people. I'm appalled at what this audit showed," state Auditor Shad White said in a statement. "The state must fix this, and now."

Mississippi prisons have become notorious for unclean conditions and a high death toll.

Earlier this year, the US Justice Department launched an investigation into the system after reports of ankle-deep open sewage, rodent infestation, and violence was widely reported.

As the the federal agency examined whether the Mississippi Department of Corrections adequately protects prisoners from physical harm, White's office looked into how it was spending taxpayer money.

Officials reviewing records learned that many documents had been burned or destroyed under previous leadership so there was limited evidence of agency purchases, the auditor's office said.

But there was enough to show that the Department of Corrections leadership had made illegal comp time buyouts to agency employees who were already making over $100,000, according to the audit. The former commissioner of the department received an illegal buyout of $109,446 and a former Deputy Commissioner received over $240,000 in buyouts, the auditor alleged.

The department also spent $43,299 in gym equipment without proper documentation, and $2,695 on six TVs for the executive suite.

The audit findings will be given to the investigations division of the auditor's office and federal authorities, according to a statement from White's office.

"It is infuriating to see such waste when more money needs to be spent on the frontline corrections officers and directly in Mississippi's prisons," White said in the statement.

The Mississippi Department of Corrections didn't immediately respond to Insider's request for comment.