Nine members of Tia Coleman's family died when the amphibious sank in the rough waters of the lake on Thursday night – but they had booked tickets for a different one. 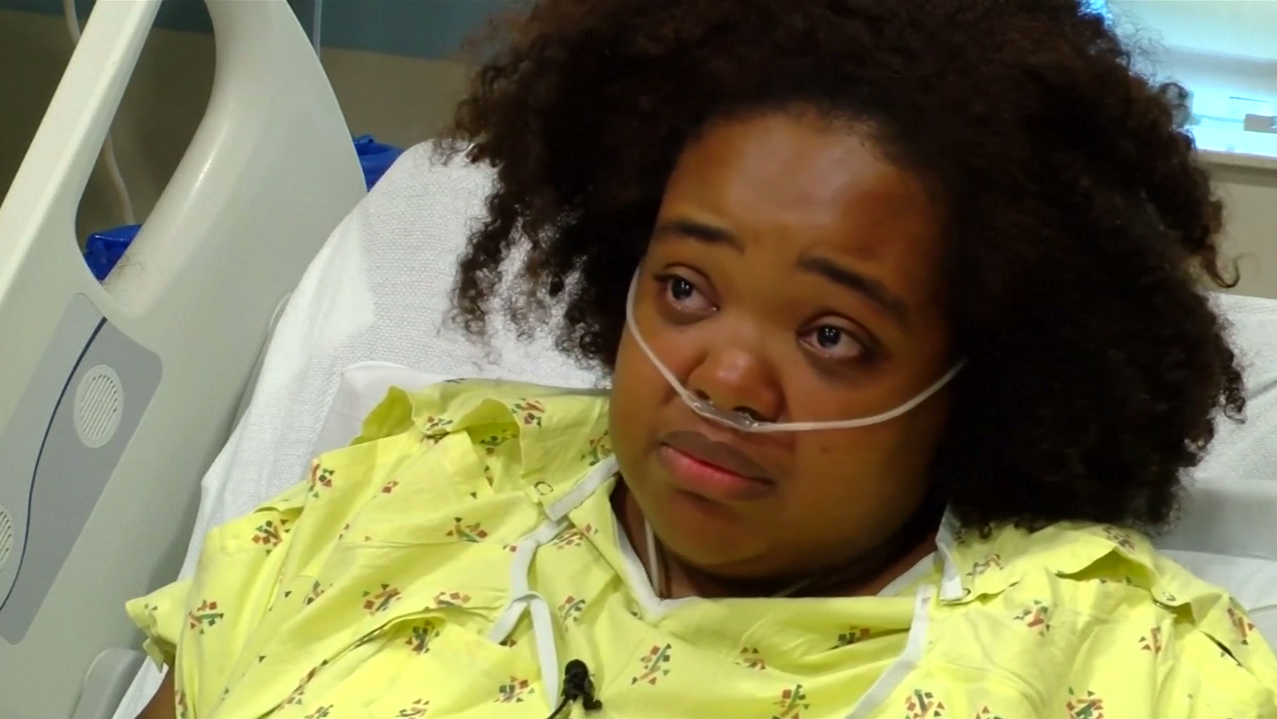 A witness revealed that the group made the discovery after snapping a photo of the boat before they boarded.

A total of 17 people died when the boat capsized as it was lashed by huge waves in the incident which was captured in harrowing footage.

Tia, who lost all her three children in the tragedy, claimed to Fox 59, that when it was time to grab their life jackets it was "too late".

She added: "My heart is very heavy. A lot of people could have been spared." 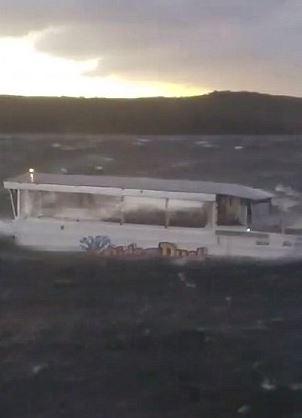 It is legal to be on a commercial vessel without wearing a life jacket in the state and the allegations still have to be investigated.

The Sun Online has contacted operator Ripley's entertainment for comment.

Tia and her nephew were the only family members who survived the sinking.

Speaking from her hospital bed she told Reuters: “I couldn't see anybody, I couldn't hear anything – I couldn't hear screams – it felt like I was out there on my own.
“I was yelling, I was screaming and finally I said: "Lord, just let me die, let me die – I can't keep drowning, I just can't…
“Then I just let go, and I started floating, and I was floating to the top and I felt the water temperature raise to warm, and I jumped up and saw the big boat that sits out there.

“When I saw [the first responders helping survivors on the pier], they were throwing out life jackets to people. And I said: 'Jesus keep me, just keep me so I can get to my children.”

Tragically all of her children lost their lives. 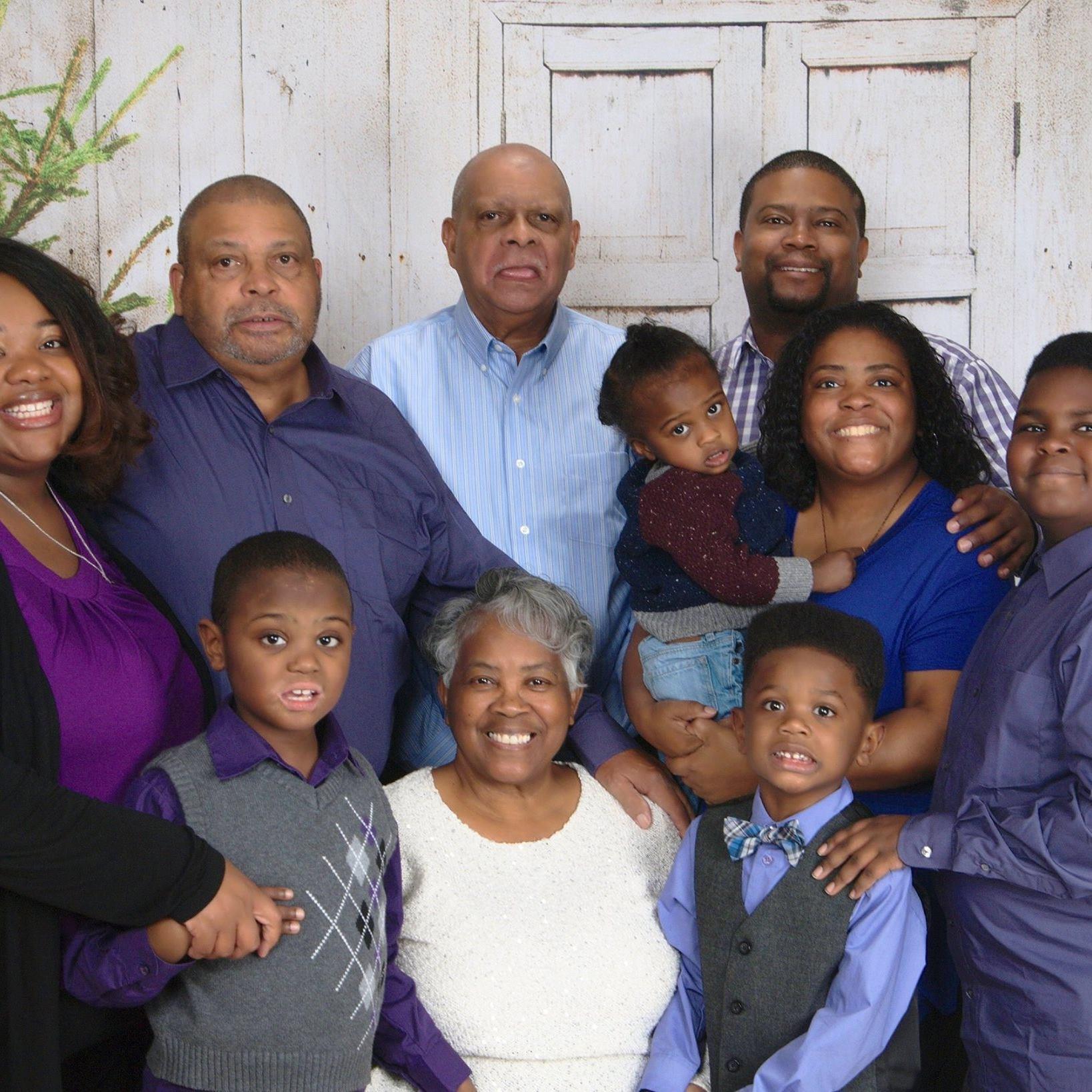 Jim Pattison Jr, president of Ripley Entertainment told CBS the boats had life jackets on board, but Missouri law doesn't require people wear them.
“Usually the lake is very placid and it's not a long tour, they go in and kind of around an island and back.
“We had other boats in the water earlier [on Thursday] and it had been a great, sort of calm experience.”
But he added that the boat “shouldn't have been in the water” if conditions looked rough before it entered the lake

Grandmother Leslie Dennison is also reported to have died after a trip on the boat with her 12-year-old granddaughter Alicia.

The driver of the boat, Robert Williams, 66, is also thought to have died in the tragedy.

All the bodies have now been recovered following the tragedy, which took place at 7pm (local time) on Thursday. 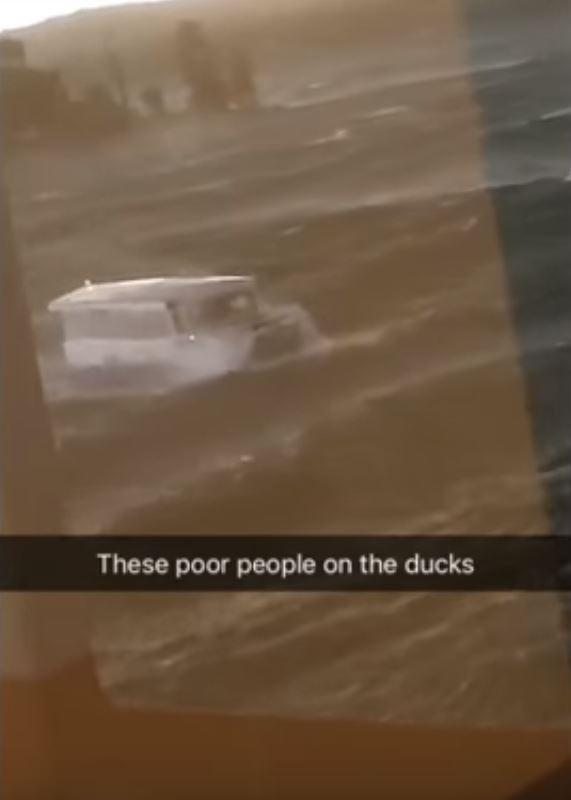 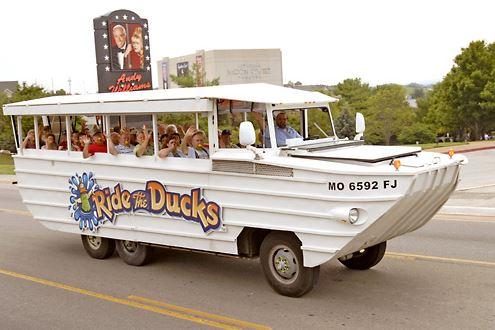 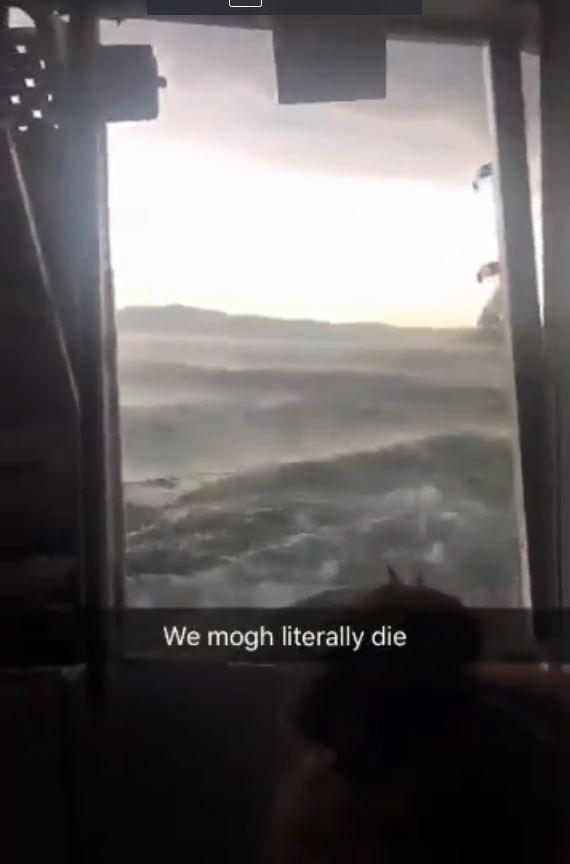 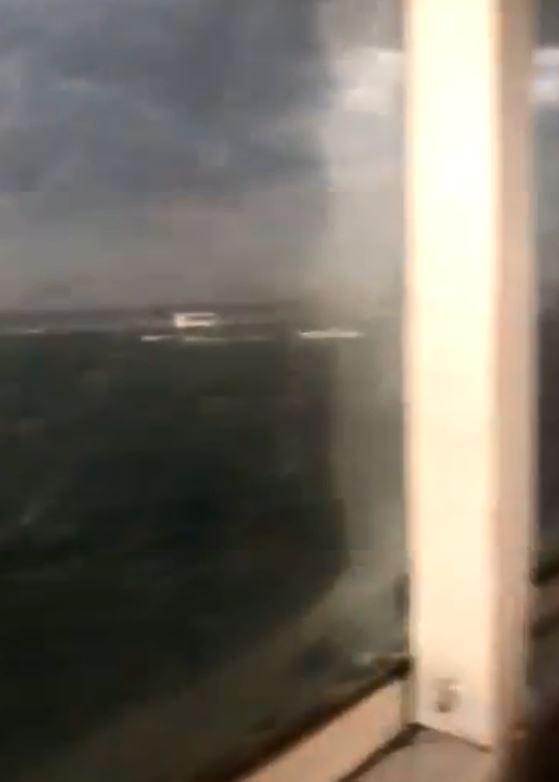 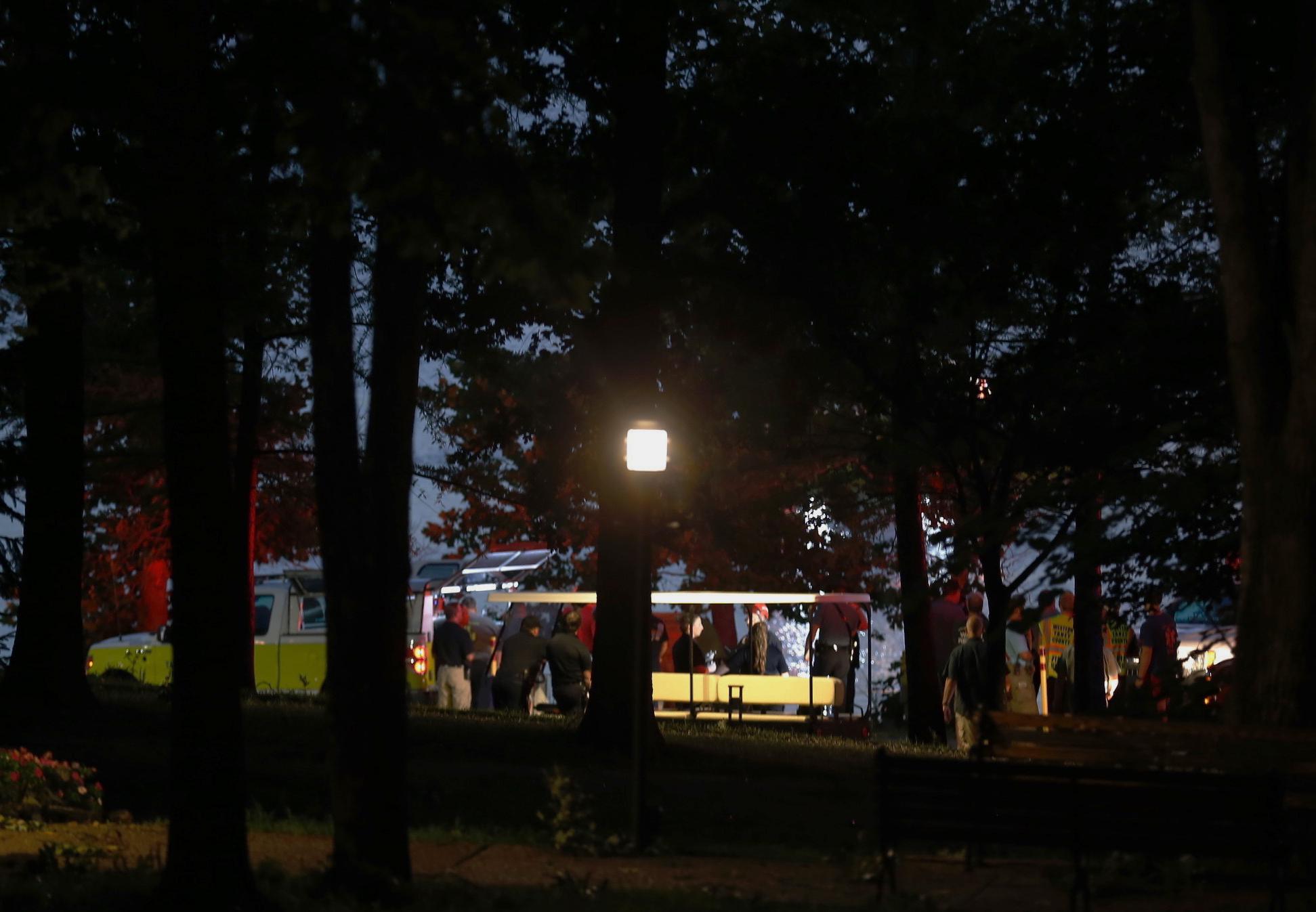 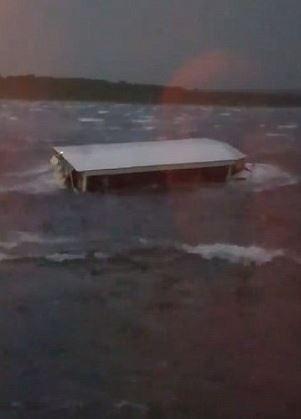 Stone County Sheriff Doug Rader also confirmed that a baby was among the 17 killed when the boat overturned on the lake, which is a popular tourist attraction near the town of Branson.

There were two boats battling heavy winds and caught in the swell on the lake, but one made it back to shore as tragedy hit the second boat.

Seven people were taken to hospital following the incident on the Ride the Ducks amphibious boat, he told reporters.

The tragedy was labelled a "mass casualty incident" by emergency services.

Footage from the scene appears to show two duck boats being lashed by massive waves as they roll in the rough water.

"There was some heavy wind. It was having problems through the wind," Sheriff Rader told reporters. "They were coming back toward land. There was actually two ducks. The first one made it out. The second one didn't." 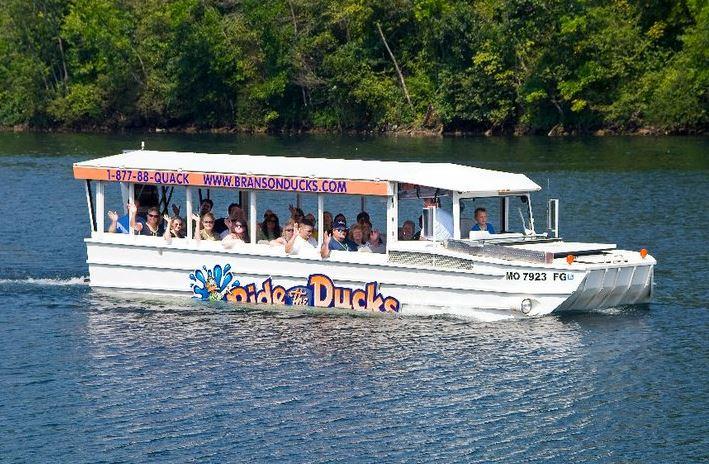 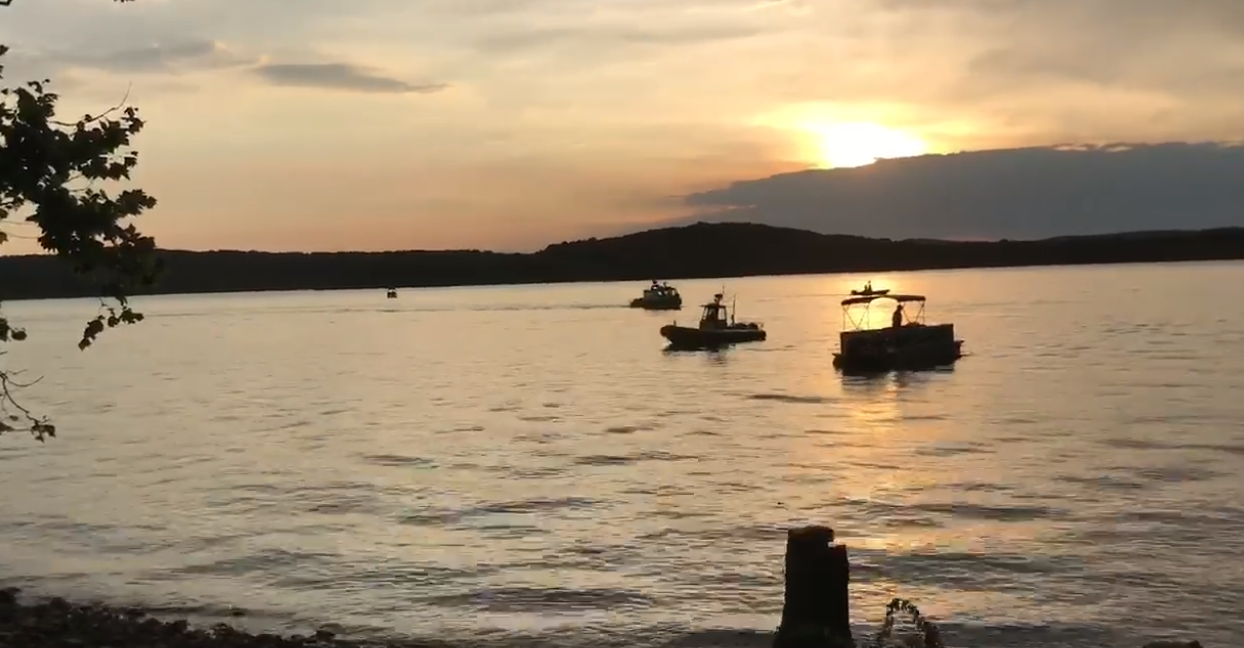 Life jackets were on board the boat, Sheriff Rader said.

"Our number one priority is the families and our employees that were affected by this tragic accident; as of this time right now we are assisting the authorities as they continue with their search and rescue operation," said Suzanne Smagala-Potts a spokeswoman for Ripley Entertainment, which owns the Ride The Ducks operation in Branson.

According to local weather reports there was a severe storm in the area at the time of the incident.

June 23, 2002: Four passengers died after becoming trapped under a duck boat's canopy after it sank during a cruise on the Ottawa River in Ontario, Canada. Six passengers, including the driver and the tour guide escaped.

July 7, 2010: A Ride the Ducks amphibious bus was disabled by an engine fire and later run over by a barge on the Delaware River in Philadelphia. Thirty-three passengers and two crew members were rescued, but two passengers, a 20-year-old man and a 16-year-old girl from Hungary were killed.

May 8, 2015: Ride the Ducks boat struck and killed a woman crossing the street in Philadelphia, Pennsylvania's Chinatown section.

April 29, 2016: A duck boat collides with motor scooter in Boston, killing a 29-year-old woman.
July 19, 2018, in Branson, Missouri, 11 people died and as many as 13 were injured after a duck boat capsized during a severe thunderstorm. 31 passengers were on the boat.

Although the incidents were not fatalities, on March 30, 2013, a duck boat of The Yellow Duckmarine in Liverpool sank in the city's Salthouse Dock during a tour, and all passengers were safely transferred to a pontoon before the vehicle began to sink.
In June that year, another duck boat operated by the same company sank in the Albert Dockas it came to the end of a tour of Liverpool.

Passengers were forced to jump into the water as the vehicle rapidly took on water, and some were rescued by vessels while others swam to the side of the dock. Out of the 31 people on board, 27 were treated in hospital for minor injuries.

In September of the same year, a duck boat on the River Thames in London caught fire.

Thirty people were rescued, a number of them after having jumped into the River Thames to escape the fire.

Southern Stone County Fire Protection spokesman Eric Nielsen said: "We did have a severe thunderstorm, not sure if that is the contributing factor."

Duck amphibious vehicles are used on sightseeing tours around the world and have been involved in a number of fatal accidents in the past two decades.

The company that builds the ducks, Ride the Ducks International LLC, agreed in 2016 to pay a $1 million fine after one of the vehicles collided with a bus in Seattle, killing five international students.

The company admitted to failing to comply with U.S. vehicle manufacturing rules.