Businessman, 40, sues his estranged WIFE ‘to stop her spilling pillow talk about police probe’ into Rolls Royce bribery scandal that saw him arrested with his Lid Dem-donor father 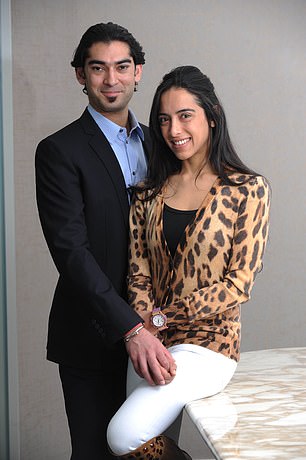 The son of an Indian billionaire and Lib Dem donor caught up in the Rolls-Royce corruption scandal is reportedly bidding to stop his estranged wife from ‘sharing confidences’ during their ongoing divorce proceedings.

Bhanu Choudhrie, 40, is the son of Sudhir Choudhrie, 69, a friend of senior Lib Dems who has donated more than £1.6million to the party.

In 2014 both men were both arrested over their alleged links to firms that received secret pay-outs from Rolls-Royce in a bid to boost profits.

A joint investigation by the BBC and The Guardian had revealed that Rolls-Royce hired a network of agents to help it land lucrative contracts in at least 12 different countries.

Both men denied wrongdoing and were released without charge, although the Serious Fraud Office (SFO) investigation into the affair is ongoing.

But in an unusual legal move, he is reportedly attempting to stop her repeating what he told her about ‘his feelings and concerns relating to the investigation’.

She ‘knew, or ought to have known’ that what he was telling her was ‘being disclosed to her in confidence’, he said in the papers, according to Bloomberg.

The documents, which Bloomberg reports were lodged at the High Court last month, say that Mrs Choudhrie is ‘aware of her duties of confidentiality and will abide by her obligations’.

Rolls-Royce, which makes engines for fighter jets and commercial airliners, was sucked into a multinational corruption scandal in 2012. It became the subject of a bribery probe by the Serious Fraud Office.

The ongoing investigation into the affair concerns ‘intermediaries’, middlemen who help seal business deals when a company has a limited local presence.

Rolls-Royce hired law firm Freshfields Bruckhaus Deringer, which launched an internal investigation, ending with information being passed to the SFO.

The internal probe is said to have unearthed evidence of corruption in a number of countries.

The fresh evidence apparently shows that the firm made secret payments of around £10million to an unregistered Indian agent. 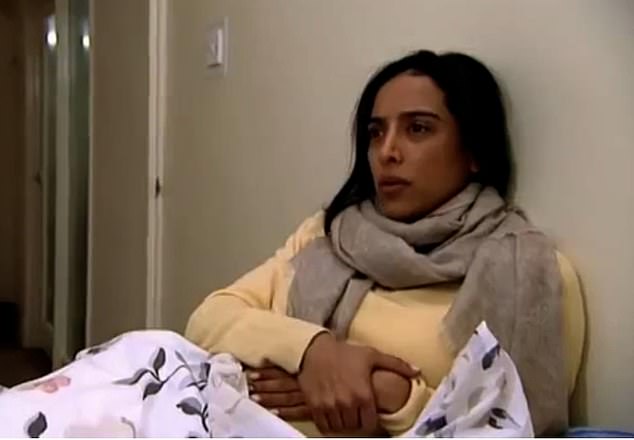 The money included a suspicious payment of cash that may have helped Rolls-Royce win a major contract for engines on Hawk aircraft.

A representative of Mr Choudhrie could not be reached last night.

But his spokesman reportedly told Bloomberg that he has ‘never embarked on any kind of illegal activity’ and that Mrs Choudhrie could still cooperate with ‘any lawful authority’.

‘Choudhrie’s legal action has been taken to prevent his wife sharing confidences of a personal and commercial nature with third parties,’ the spokesman said.

‘He has made it clear in the legal papers that this in no way prevents her helping any lawful authority with any inquiry whatsoever.’

Mrs Choudhrie’s spokesman could not be reached for comment.

A Rolls-Royce spokesman said: ‘We are continuing to co-operate with the UK’s Serious Fraud Office (SFO). We cannot comment on any aspect of the SFO’s investigation.’