Mom ‘stabs daughter, 6, to death and then tries to kill herself’ in shocking attack A MOTHER stabbed her six-year-old daughter to death before turning the knife on herself, police have said.

The girl, who was identified as Atarah by a GoFundMe account raising money for her funeral costs, was described as a "bright young girl, with a contagious smile and a huge heart". 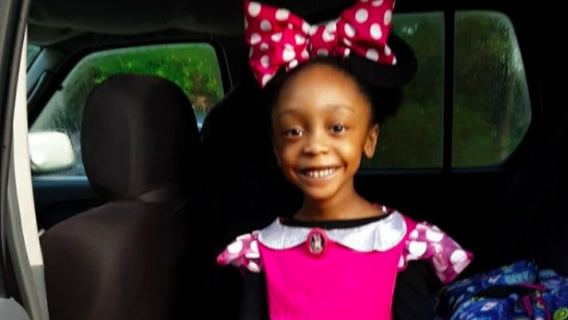 The incident took place in a home on New Haven Road in Arlington, Florida, on Wednesday, according to News4Jax.

Police said it appeared the woman stabbed the child multiple times with a kitchen knife, then stabbed herself.

Local media identified the woman as Purkanah Mayo, a 36-year-old who was arrested by Jacksonville Sheriff's Office as suspect in her child's murder.

Six people were in the house at the time, including another child who was not hurt and is now in the care of the Florida Department of Children and Families.

Police responded to a call from inside the house, but said there had been no previous reports of domestic incidents.

CBS47 revealed that the mother and child were both rushed to the hospital. The child died and the woman is in critical condition

According to the Department of Children and Families, the woman was the six-year-old’s mother.

The DCF said the mother’s parental rights were previously terminated and that she was visiting the child’s home, Crime Online reported.

The organizer of the GoFundMe fundraiser, Paige Savitz, said: "I was blessed to have known Atarah. She was a bright young girl, with a contagious smile and a huge heart."

She added: "Atarah lost her life tragically on August 19, 2020. I am raising money to help her family with funeral expenses and as a Memorial to Atarah. Please keep this family in your prayers."

The fundraiser has raised more than $8,000 so far.