This is the shocking moment a rodeo bull threw off its rider and smashed through the security fence to attack spectators in the VIP stand, injuring 15 people.

The incident was filmed in the town of Tiripetio in the municipality of Morelia in the Mexican state of Michoacan on March 2.

The bull broke into the stands and sent chairs and drinks flying during a ‘jaripeo’ event – a form of bull riding found mainly in central and southern Mexico. 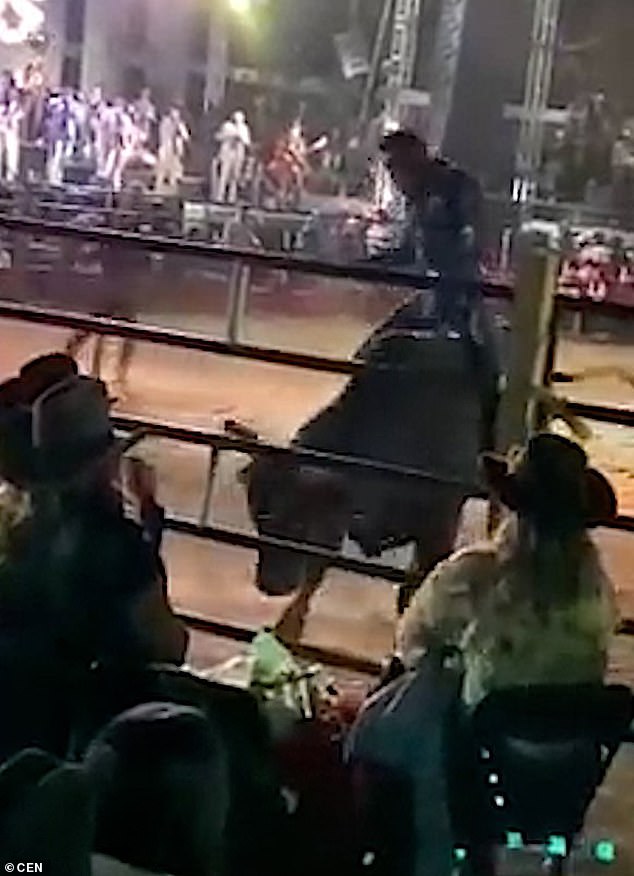 This is the moment an out-of-control bull was about to smash through a barrier escaping from the ring in Morelia, Mexico on March 2 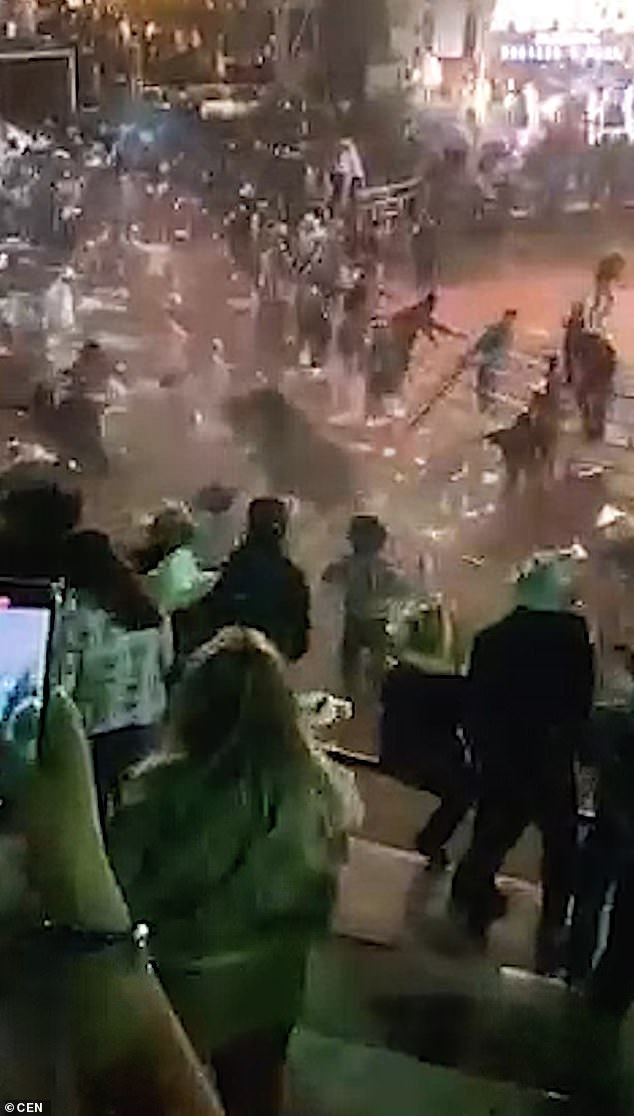 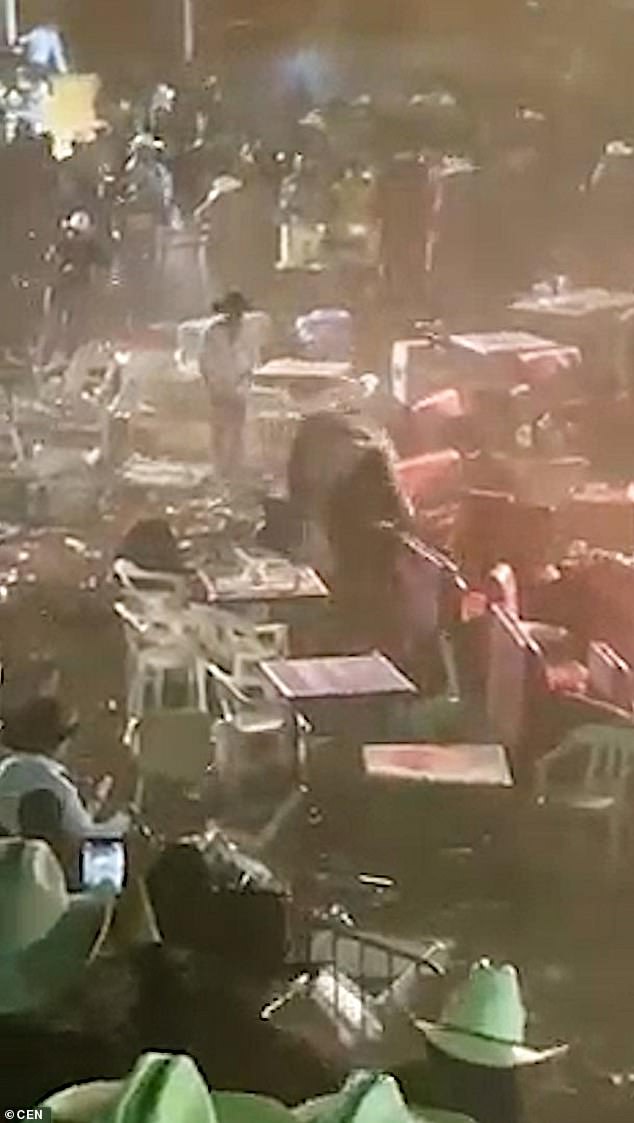 Despite the chaos, none of the 15 people hurt suffered life-threatening injuries when the rampaging bull broke free from the ring

Terrifying footage shows the 1,325lb animal bucking and spinning before ramming the metal security fence around the perimeter of the arena and unseating its rider.

Without the rodeo rider, the animal rampaged through the VIP area and attacked spectators.

Visitors further away were able to film the bull charging and bucking its way through the stand as panicking spectators tried to scramble out of its path.

Meanwhile, the announcer on the PA system said: ‘No, no, no… Everybody get out of the ring. Oh, holy god… We never thought this would happen… Be careful guys…’

Witnesses said the bull was eventually roped by several cowboys and brought safely into the ring.

None of the 15 people who were hurt suffered life-threatening injuries, according to local reports.

Some of the injured were treated by paramedics who arrived at the scene amid claims that there was not a single ambulance or trained emergency worker at the event.

Visitors also complained about the lack of security and claimed that organisers used weak security fences to protect them.

After the images were widely shared on social media, many commentators called the event ‘animal abuse’ and expressed their anger that such shows still exist.