MASKED thugs have been filmed terrorising drivers and hurling a female motorist to the ground in a carjacking spree.

The gang of three thugs struck in broad daylight in leafy Solihull, West Mids., as the victim, aged in her 30s, left her home at 3.20pm on July 3. 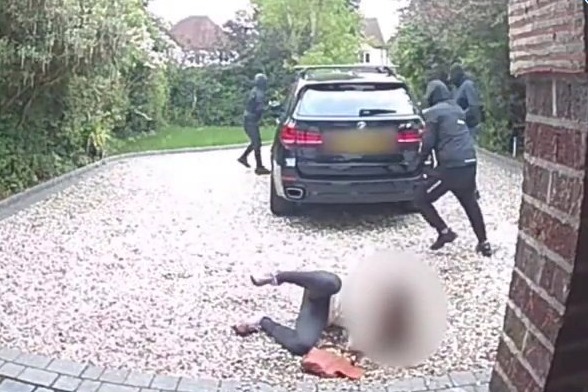 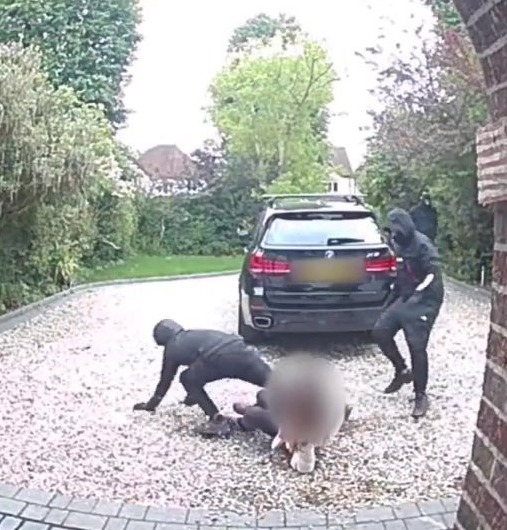 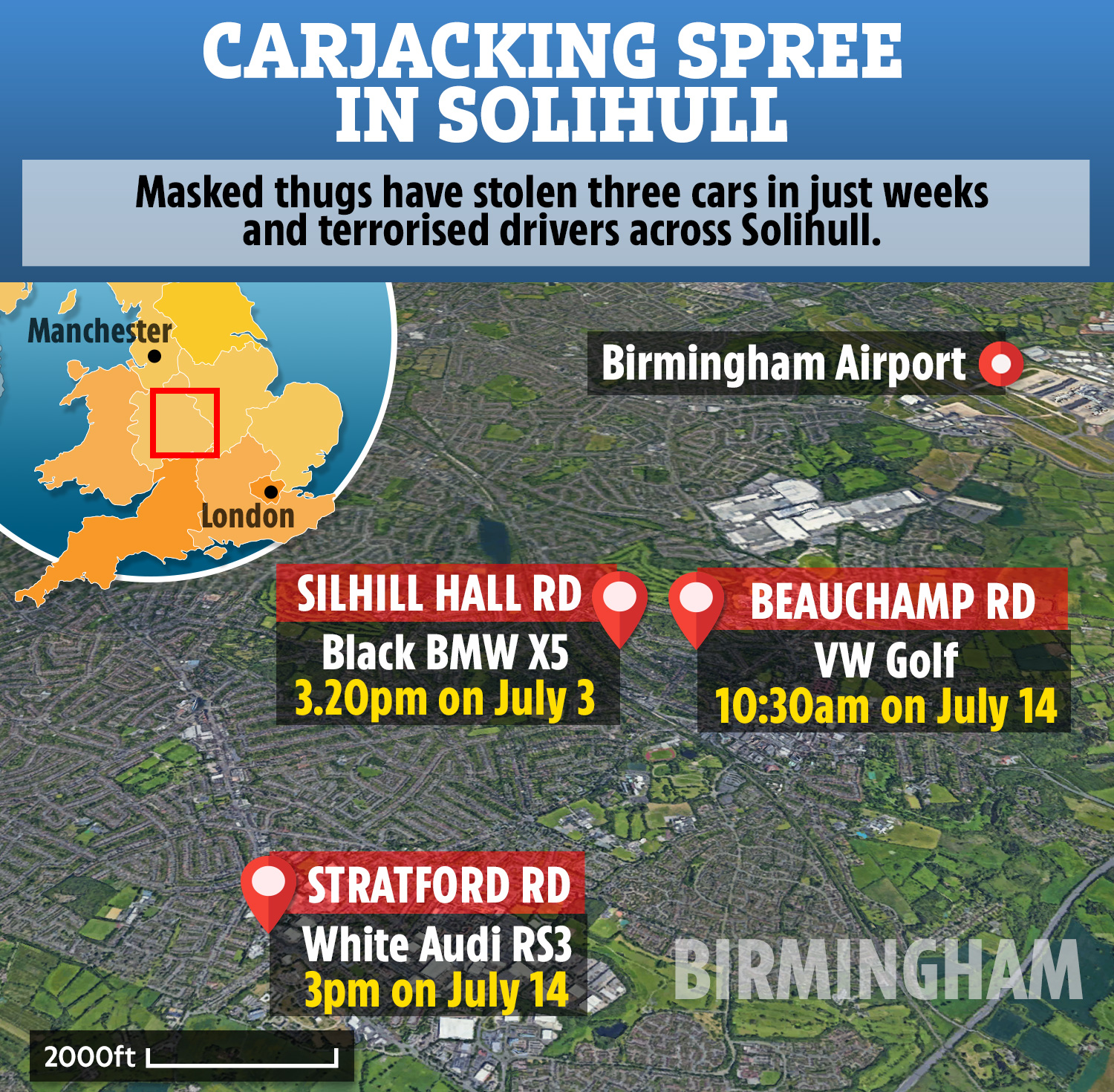 Dramatic doorbell camera footage shows one hooded yob running up the driveway and hitting the woman to the ground as she screams out in horror.

The offenders then jump into her black BMW X5 before speeding away along in convoy with a silver VW Golf, which dropped them at the scene.

Police say the group have struck three times in Solihull since the start of July and twice on the same day while armed with a crowbar.

During another carjacking a man in his 50s was pushed to the floor and punched as his white Audi RS3 was stolen on Stratford Road at around 3pm on Tuesday.

He had been confronted by three masked men at a petrol station forecourt before they made off in his car in another attack caught on camera.

The thugs had pulled up in a black VW Golf, on false plates, which was driven by a fourth member of the group.

The VW Golf had been stolen after a carjacking in Beauchamp Road at around 10.30am the same day.

A man in his 70s was approached by three men in balaclavas who had pulled up in a white Audi A1 driven by an accomplice.

After taking the keys to the victim's vehicle they made off in both cars.

West Midlands Police are appealing for anyone with information about who may have been involved to get in touch.

Detective Constable Amrit Nepaul, from Force CID in Solihull, said: "This was a terrifying situation for the victims to be faced with.

"These men were not afraid to use violence to get what they wanted. The victims were left in fear of what would happen to them.

"The Audi RS3 stolen on Tuesday has since been recovered but we need to trace these men to stop them striking again.

"We're following lines of enquiry but if you've heard anything, or know whose involved, we need you to contact us as soon as possible."

Anyone with information is urged to contact police via Live Chat at www.west-midlands.police.uk, via 101, or Crimestoppers anonymously on 0800 555111. 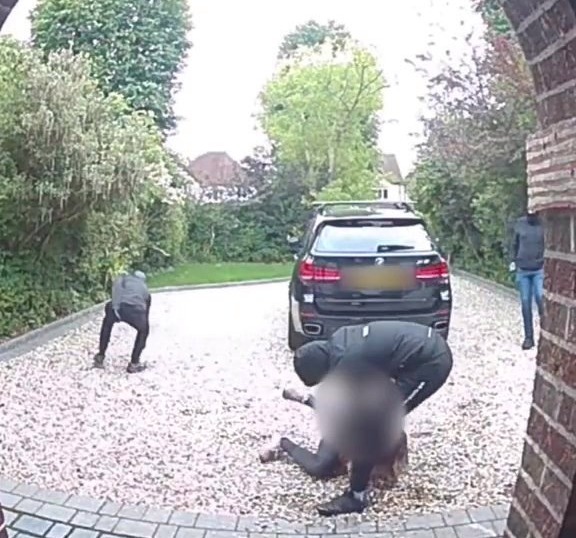