Frightened flyers were clearly shaken up as the jet attempted to touch down at Heathrow on Friday, as strong winds built up. 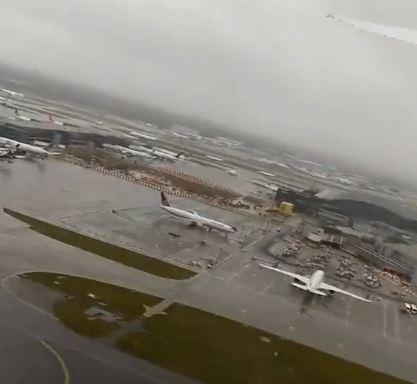 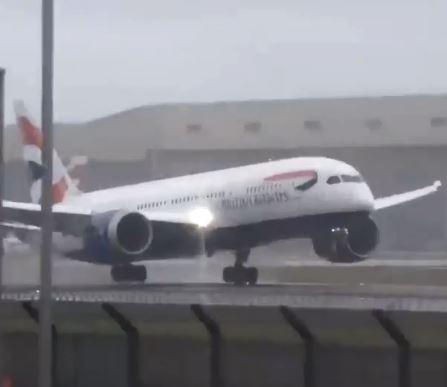 Filmed within the plane, one passenger captured the moment the pilot decided to pull it back from the tarmac and up into the sky as gusts rattled the jet.

Travellers can be heard calling out in horror as the plane lurches, while the pilot battles the forceful winds.

The same person filmed the successful second attempt to land at the London airport, with relieved passengers clapping the pilot's skill at a safe touchdown.

Another clip, taken from off the runway, shows the plane attempting to land the first time.

The jet rocks from side to side, clearly buffeted by strong gusts, before one wheel makes contact with the tarmac.

The pilot decides to pull up and the plane rockets back into the skies before making a successful second landing.

A BA spokesman said: "Our highly skilled pilots regularly train to conduct the standard manoeuvre known as a 'go around'.

"The aircraft circled the airport and landed safely."

Storm Erik battered the UK with powerful gusts of up to 80mph, causing three deaths and travel chaos.

On Friday morning a 50-year-old man died on the A384 in Buckfastleigh, Devon, and in Wales a van driver was killed after he collided with a fallen tree on the B4306 between Pontyberem and Llannon in west Wales.

And on Saturday a kitesurfer died amid strong winds in an incident on the Saunton Sands beach in north Devon, although police would not confirm whether the death was weather-related.

The Met Office issued yellow weather warnings for strong gales as the storm lashed the UK.

Met Office forecaster Sophie Yeomans said: "The week will get off to a cold start, with ice warnings in Northern Scotland as temperatures dip below zero.

"We should see some cold weather across Northern Ireland and parts of England and Wales.

"It'll be a bit of a shock to some people on Monday morning but overall it won't be too bad.

"There could be some coastal gales, with strong winds near the Bristol Channel.

"There could also be snow towards the end of the month if the conditions are right – but it's unlikely." 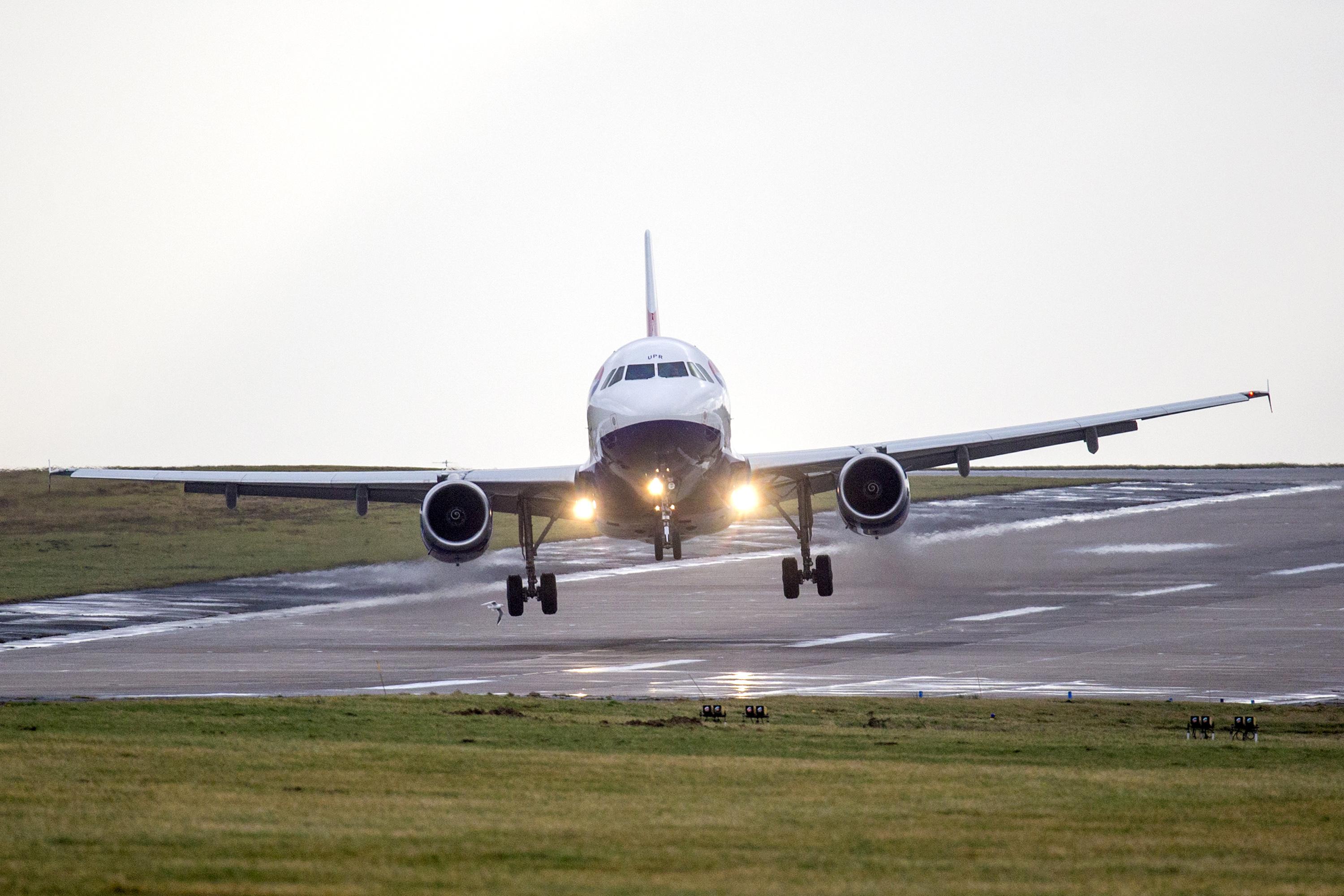 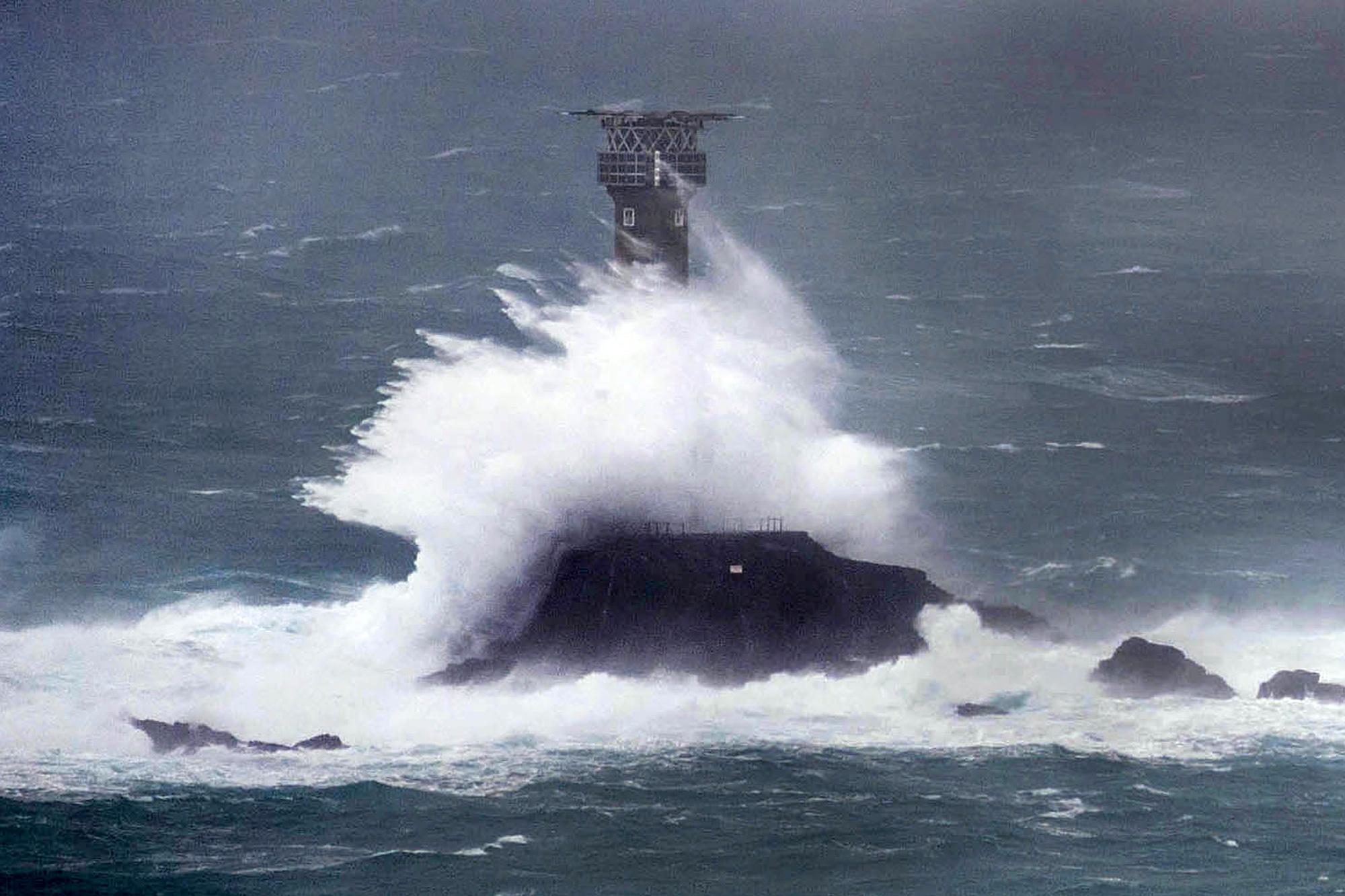