Horrifying footage shows the bike pull up alongside the group at a chicken shop in Harlesdon before opening fire and injuring a man and woman aged in their 20s. 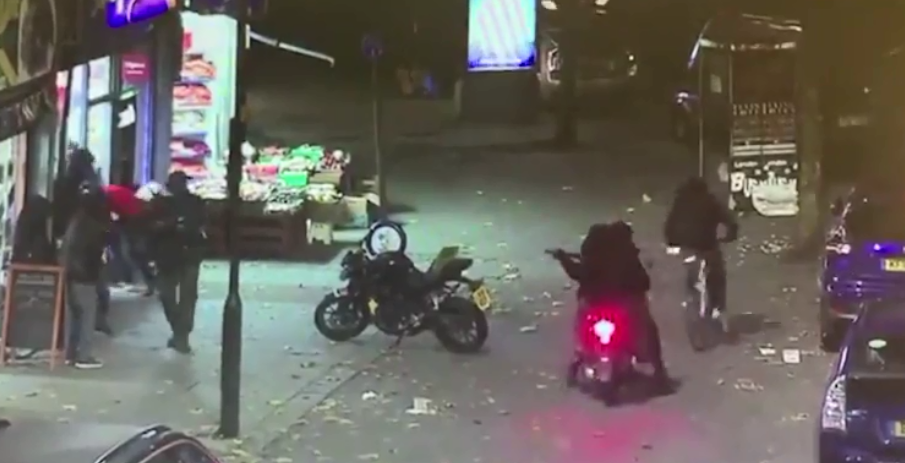 The passenger on the back can be seen pulling out a shotgun before the vehicle has even stopped and offloading a round at the stunned bystanders.

The bike pauses and he shoots again before the pair speed of down the road as panicked targets flee in all directions.

A cyclist in front of the attackers frantically peddles towards the pavement as the violence erupts around him.

A spokesman for the Met Police said: "Police were called to Church Road, NW10 at 19:52hrs following reports of a shooting. 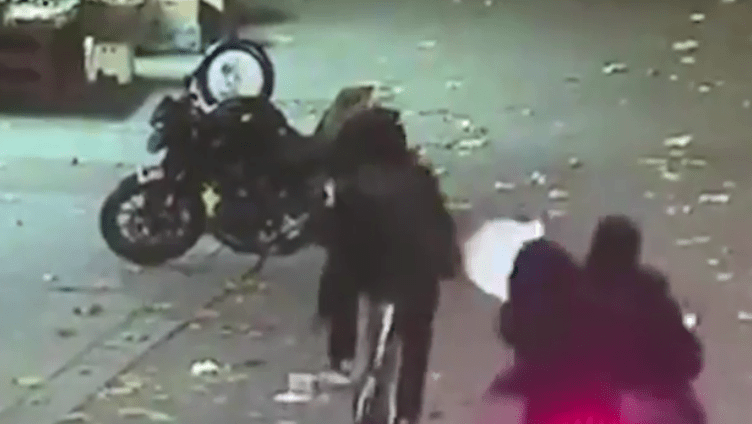 "Armed police attended and found a man and woman, both believed aged in their 20s, suffering from gunshot injuries.

"Both have been taken to hospital for treatment; neither person's injuries are life threatening.

"No arrests have been made and inquiries into the circumstances remain ongoing.

"Anyone with information is asked to contact police on 101 and quote CAD 6607; alternatively call Crimestoppers anonymously on 0800 555 111."

The shooting comes as gang bloodshed continues to rock the capital.

Knife and gun violence has soared in Lawless London, with one teen stabbed several times this morning now fighting for life in hospital.

The capital of crime reached a new milestone this week as five killings in a week saw the London's murder toll top last year's total.

Shocking figures reveal the number of homicides in London has reached 122 – four more than in 2017.