The crooks even held up traffic in the London street as one of them works underneath the car with an electric drill. 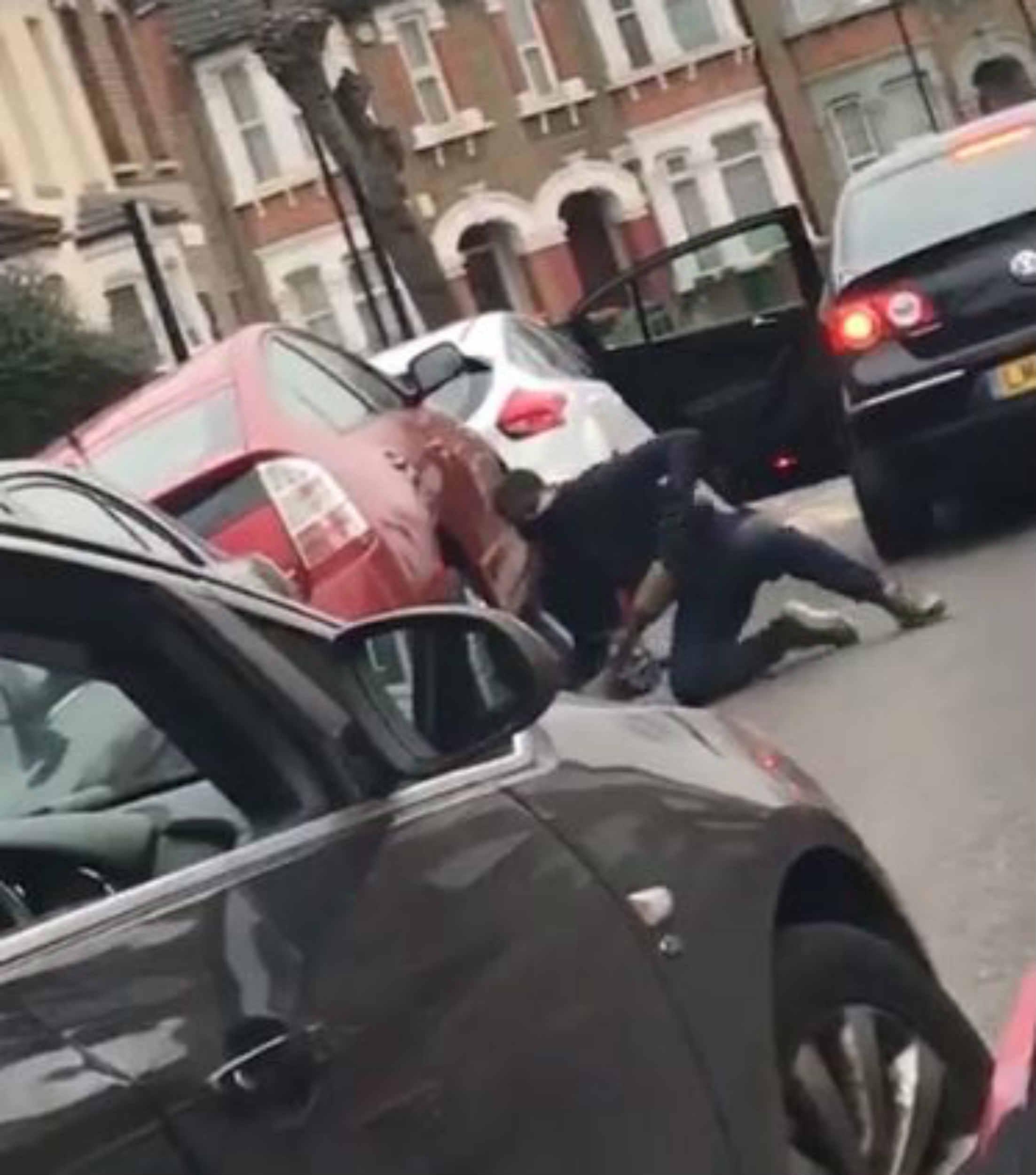 They seem unconcerned about cops interfering as they remove the component — which cost at least £400 to replace —throw it into a waiting car and drive off.

Theft of catalytic converters, which are fitted to all cars to clean up emissions, is motivated by the precious metal they contain.

The clip was posted by Newham People’s Alliance on Friday with the caption "Another incident gang stealing catalytic converters in daylight without any fear."

Video shows someone working on the underneath of a red car which is jacked up on one side in St Bernard’s Road, East Ham.

WHY DO PEOPLE STEAL CATALYTIC CONVERTERS?

But thieves are targeting the vital part as it contains a number of valuable metals, making it a prized item for illegal scrap dealers.

Robbers can get good prices on platinum, rhodium and palladium, all of which are found in the devices.

Rhodium can be bought for up to £2,000 per ounce, which is double the value of gold.

Palladium and platinum also sell for around 80 per cent of the value of gold.

And thieves can swipe these valuable metals by jacking up a car and using an angle grinder to cut the catalytic converter out in under five minutes.

Around 13,000 catalytic converters have been stolen since 2013, with 1,245 nicked in 2017 alone.
The victims of this kind of theft also need to watch out, as you could be slapped with a £1,000 if you're caught driving without a catalytic converter – even if it was stolen.

An onlooker in the background can be heard saying: "They’re stealing the car in the middle of the road."

As the incident is unfolding, a black Volkswagen Passat can be seen with its back door open stopped in the middle of the road with traffic being blocked.

Someone says "They’re not scared at all" as several people stand back and watch the incident without intervening.

A man wearing all black clothing and a mask then appears from underneath the red car and puts the catalytic converter in the back of the Volkswagen.

The crew then drives away as if nothing has happened before the video ends.

On social media, Bobby Pinto said: "Just let the jack down while he’s under it."

Michael Smith said: "Should have run his legs over or dropped jack down on him then see if his mates drives off or helps."

However, there were also multiple other users who criticised those who appeared not to intervene.

Adam Campbell said: "Funny how everyone just watches and does nothing, this is a big part of the reason they get away with it snowflake society."

The Metropolitan Police declined to comment on the specific incident but appealed to car owners to take precautions.

They said they had recorded 900 incidents of catalytic converter thefts since July 2018.

A spokeswoman said: "The theft of catalytic converters is not a new phenomenon, and is something we have seen in London for some time.

"It is believed to be the precious metal within the converters which makes them appealing to thieves who we believe strip the items down and sell the metal on." 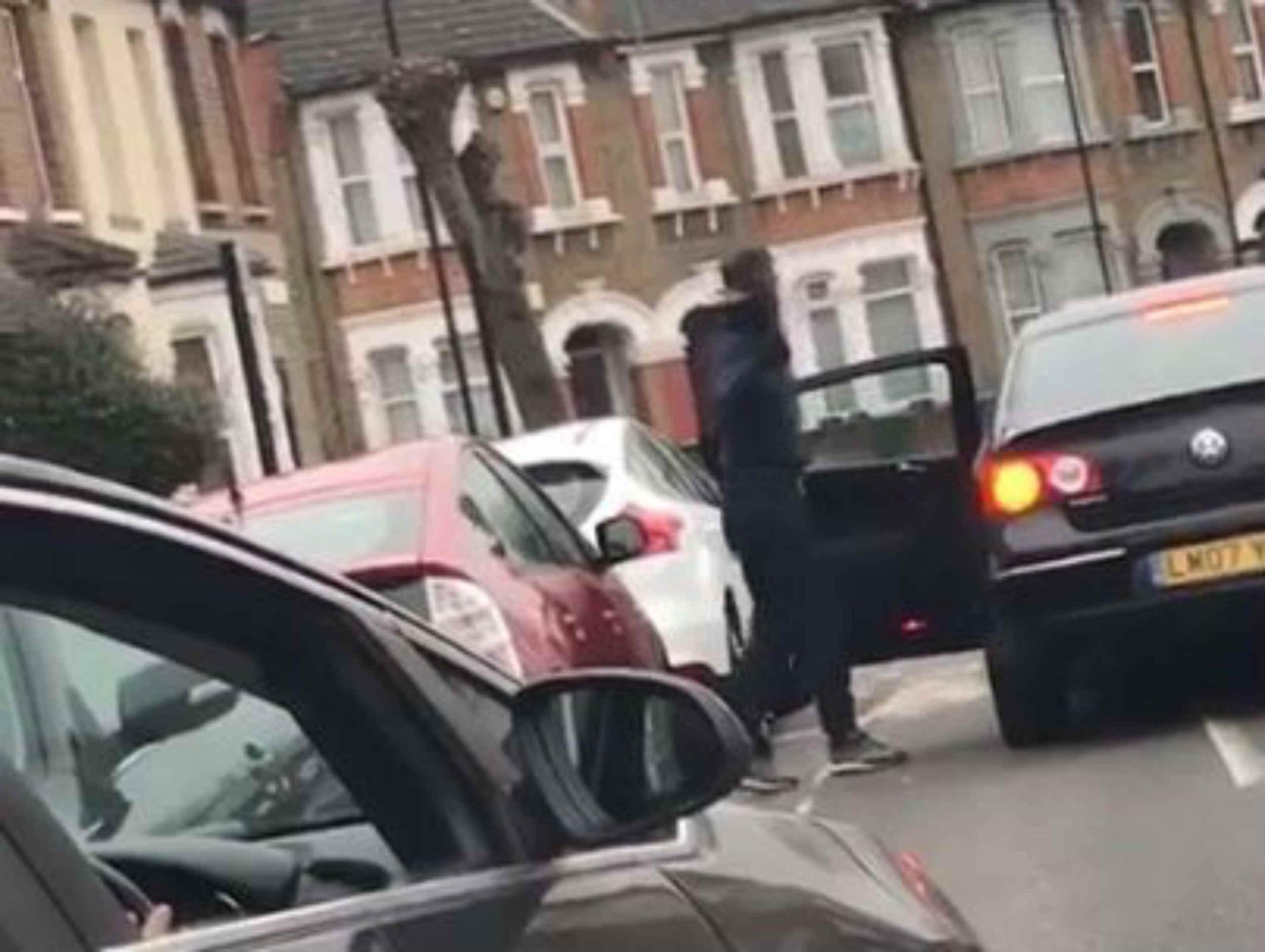 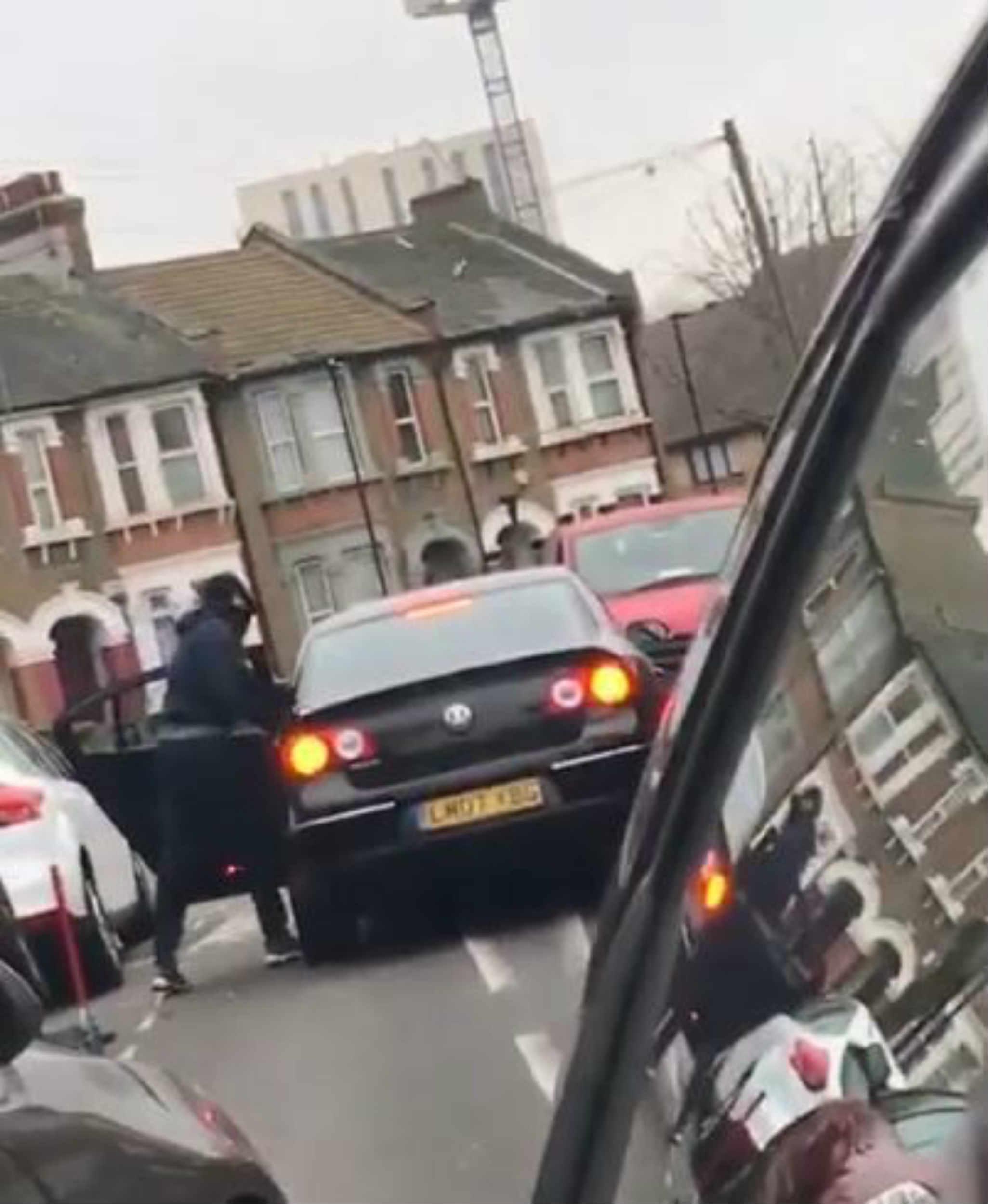 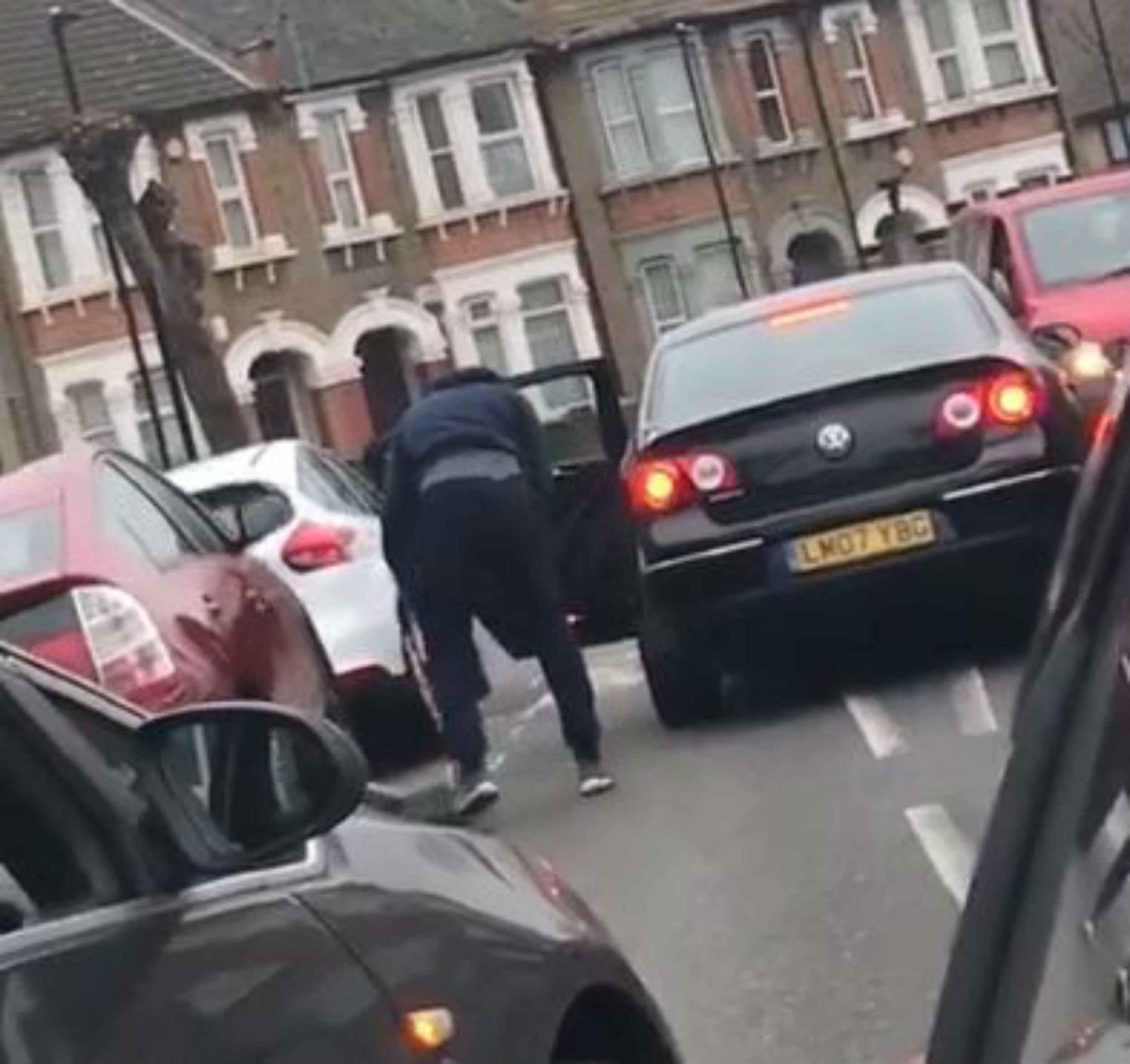