THE Russian military released footage on Friday after it reportedly chased a US ship away from its waters following a 50-minute stand-off.

The military vessel reportedly reached within 60 yards of the US naval destroyer before the American ship conceded and moved away from Russian territorial waters. 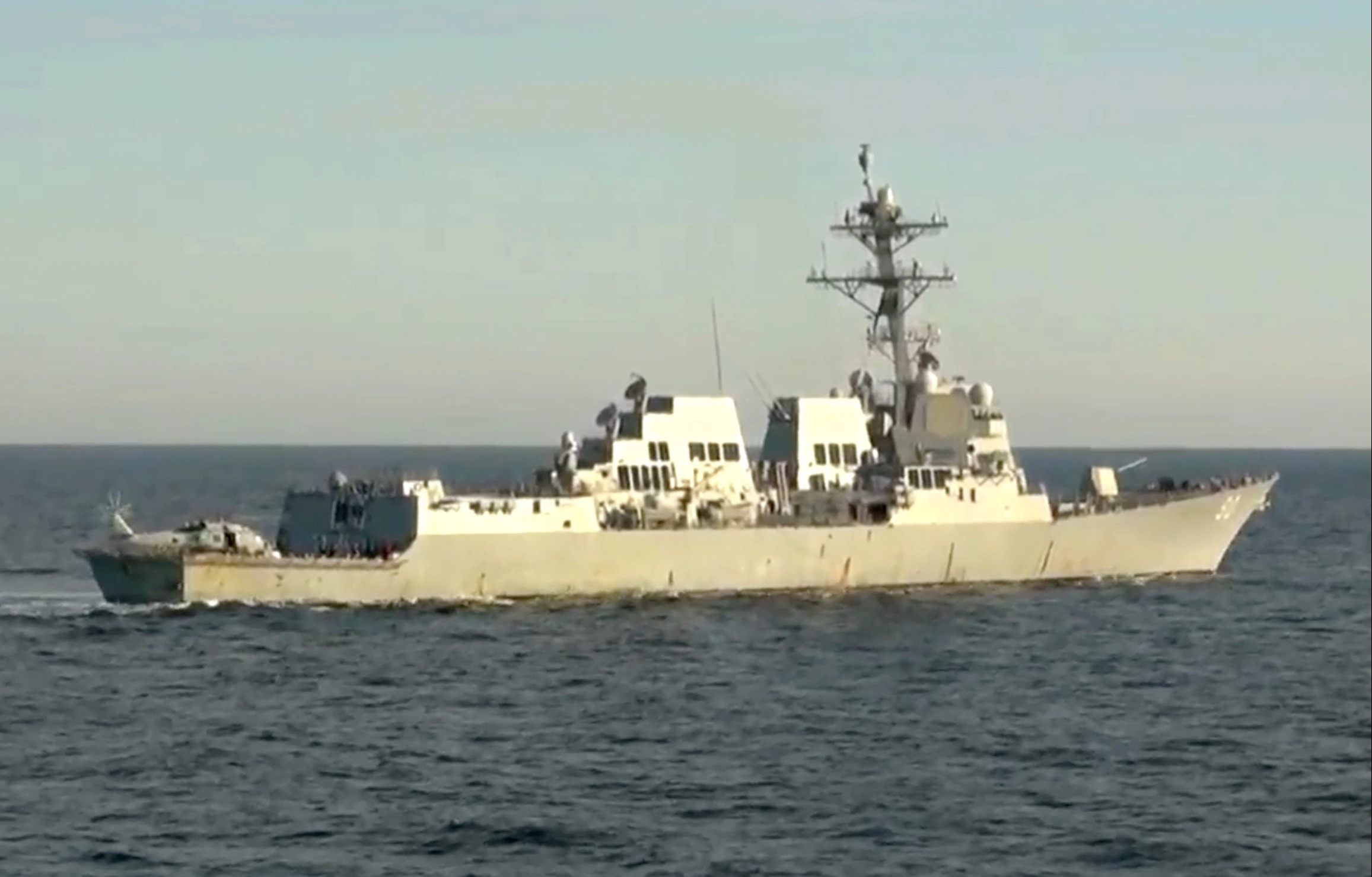 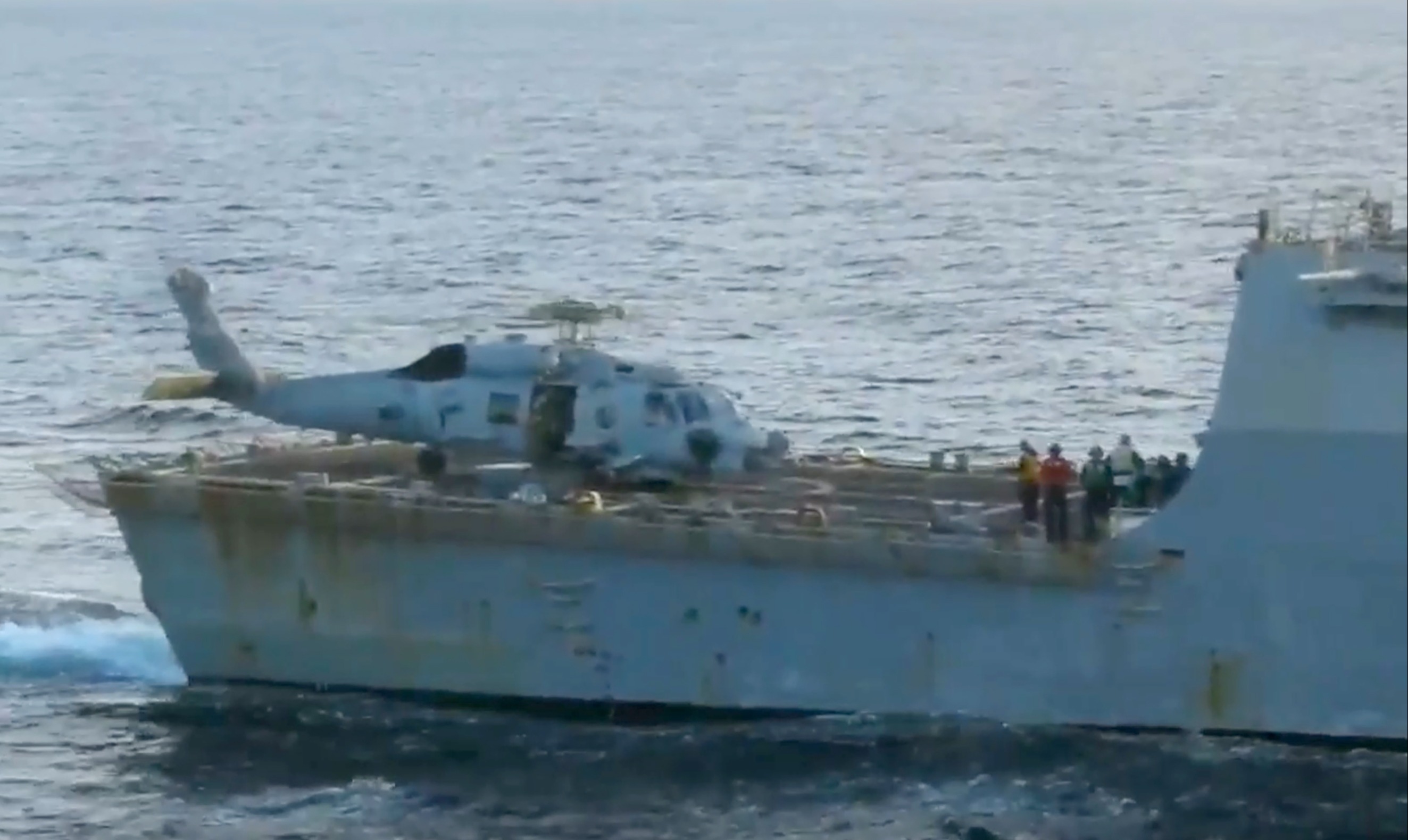 The Russians said the destroyer was spotted as they carried out Navy drills with the Chinese in the Sea of Japan.

Russian anti-submarine vessel, the Admiral Tributs, radioed the USS Chafee with a warning that it was "in an area closed to navigation due to exercises with artillery fire," the Russian defence ministry said.

The ministry added that the destroyer failed to change its course after the warning.

Instead, the ship reportedly raised flags to indicate it was preparing to launch a helicopter from its deck.

This would mean that it can not currently turn or change speed.

"Acting within the framework of the international rules of navigation, the Admiral Tributs set a course for ousting the intruder from Russian territorial waters," the Russian ministry said.

According to Reuters, the US military attache was told the destroyers crew's actions were "unprofessional."

The Russian ministry also claimed the US destoyer "rudely violated international laws on the prevention of collisions of vessels at sea."

US officials argued to Fox News that the interaction was "safe and professional."

This is the second time in four months that the Russian government has claimed to have chased a NATO-member warship from its waters.

In June, a Russian coastguard boat barked “change your course or I’ll fire” at a massive British warship during a face-off in the Black Sea.

HMS Defender was off Crimea in international waters when the 8,500-ton ship – armed to the teeth with hi-tech weapons systems – was confronted by the smaller vessel bellowing out its demands.

Russian warplanes were them called up join in and buzzed the Type-45 destroyer with four bombs dropped onto its path.

The Russian vessel opened fire twice before the planes were ordered in.

Britain rejected the Russian account of the incident and said it was operating lawfully in Ukrainian waters.

It comes as relations between the US and Russia are at a post-Cold War low.

However this week, President Vladimir Putin said he saw the potential for improvement in the relationship with his American counterpart Joe Biden.