Well, that’s something you don’t see every day.

Colorado Parks and Wildlife officers recently had to figure out how to get a moose out of a residential basement. Apparently, the animal had fallen through a window into the house and found itself unable to get out.

It turns out, basement stairs weren’t designed with moose in mind.

On Facebook, the CPW posted about the incident, writing, “Our officers rescued a moose that had become trapped in the basement of a house in Breckenridge on Monday. The moose had fallen through a snow-covered window well and into the home’s basement.”

Officers from the Breckenridge Police, Blue River Police and the Red, White and Blue Fire and EMS arrived on the scene to help carry the large animal upstairs. It was then taken outside, where it was released back into “quality moose habitat.” 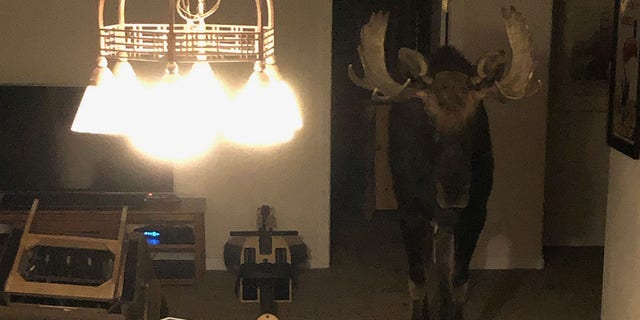 A moose fell through a window and became trapped in the basement of a house in Breckenridge, Colorado.
(Colorado Parks and Wildlife)

In a press release, CPW District Wildlife Manager Jake Kay said, “It was a great team effort, and other than a small cut on its leg, the moose appeared to be healthy.”

Jeromy Huntington, CPW Area Wildlife Manager, added, “It’s important that window wells allow people in a home to escape in the event of an emergency, but at times they can be hazards to wildlife.” 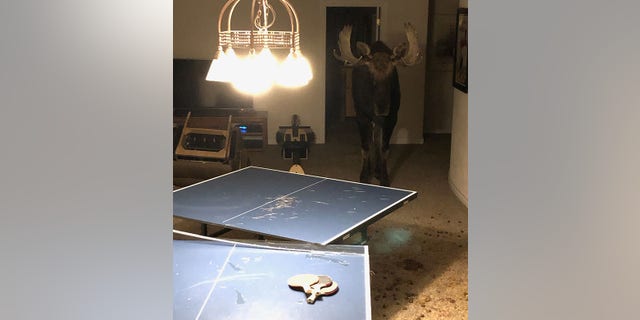 Wild life officers had to tranquilize and carry the animal out of the basement.
(Colorado Parks and Wildlife)

He continued, “Removing vegetation that may attract wildlife around the vicinity of window wells and covering below ground window wells with approved grates that allow people to escape will reduce the likelihood of wildlife becoming trapped, or in this case, having an unwelcome visitor in the home.”