More than 70 West Point cadets are embroiled in the academy’s worst cheating scandal in over four decades.

Seventy-three cadets were caught cheating on a mathematics exam after all of them made the same error on their calculus final back in May.

It’s not immediately clear how the cadets – 72 of whom were first-year students at the time – cheated on the test, which was administered remotely due to the coronavirus pandemic.

Of those who allegedly cheated on the test, 58 have admitted to doing so, leading to disciplinary action. 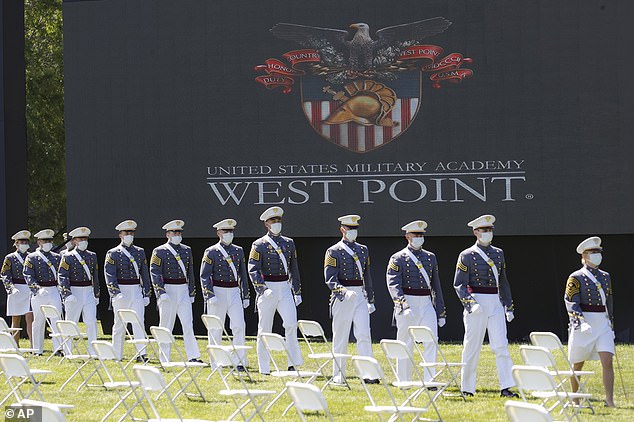 West Point is dealing with one of the worst academic cheating scandals in school history. Graduating cadets above wear face masks during commencement ceremonies on June 13 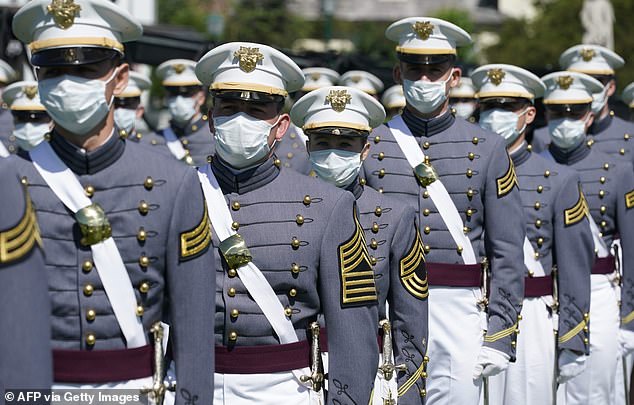 A calculus test administered in May 2020 resulted in 73 allegations of cheating. Unaffiliated cadets above attend their graduation at West Point

‘There’s no excuse for cheating when the fundamental code for cadets is that they should not lie, cheat or steal,’ West Point law professor Tim Bakken said to USA Today.

‘The Honor process is working as expected and cadets will be held accountable for breaking the code,’ said Army Secretary Ryan McCarthy.

There was a single second-year student who also allegedly cheated on the calculus test.

So far, two accused of cheating have seen their cases dropped because of insufficient evidence, while four cadets resigned from the academy, ending their disciplinary investigations. 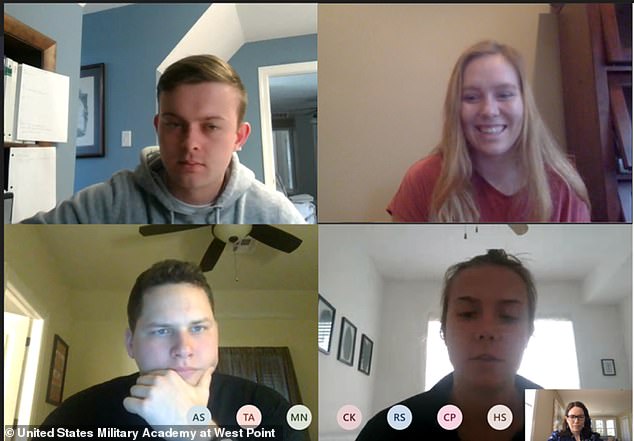 West Point has been under a remote learning system since the pandemic began. Pictured: A West Point class being held on Microsoft Teams. These students have not been accused of cheating 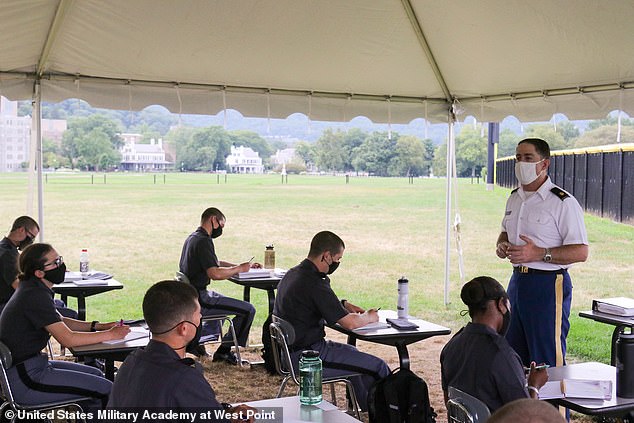 Pictured: A general psychology class being taught outdoors at West Point this fall

On December 9, 55 cadets were enrolled in a rehabilitation program called the Willful Admission Program, a six-month exercise that pairs cadets with mentors and sees them write essays about their experiences.

The other cadets will face hearings in front of their peers about honor violations, while another board will recommend penalties for those who are confirmed to have cheated.

Expulsion is on the table, with the school’s superintendent making final decisions on the status of the cadets. 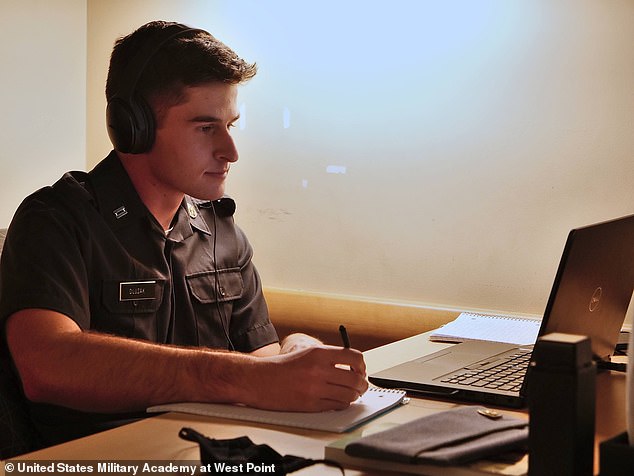 Pictured: A West Point student taking a remote class. This student has not been accused of cheating 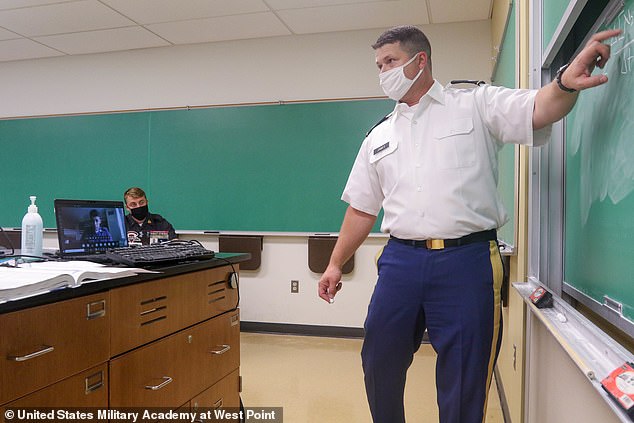 Prior to this, the most recent major scandal at West Point happened in 1976, when cheating on an electrical engineering exam resulted in the resignation or expulsion of 153 cadets.

Many of those involved in the 1976 scandal would later return to the school and graduate from the academy. 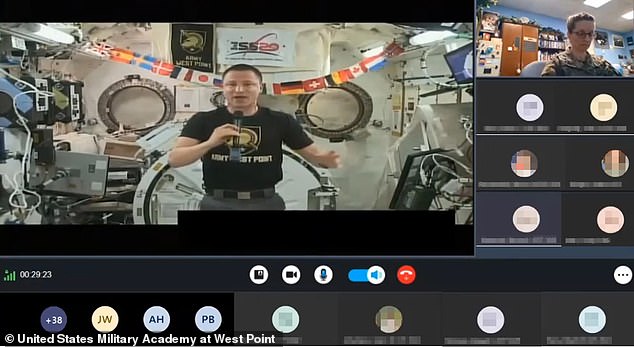 It’s not clear how the cheating took place. Poictured: Remote learning students talking to NASA astronaut Col. Drew Morgan, a member of the class of 1998

‘Our West Point cadets are the cream of the crop and are expected to demonstrate unimpeachable character and integrity,’ said Rep. Jackie Speier, head of the personnel panel of the House Armed Services Committee.

According to the Department of Education, the graduation rate at West Point is 86 percent, while the acceptance rate into the academy is just 11 percent.

The undergraduate enrollment for West Point was 4,589 for the 2018-19 academic year; if that held steady for 2019-20, the scandal would involve approximately 1.6 percent of all students.

CNN reports there were around 1,200 students in last year’s first-year class.

‘Cadets are being held accountable for breaking the code,’ Col. Mark Weathers, chief of staff at West Point, said to USA Today.

Those accused in the cheating scandal have not been publicly identified.