The number of EU nationals applying to stay in Britain post-Brexit has hit three million.

The vast numbers further confounded critics who warned last year that the scheme would be a disaster.

Labour’s Diane Abbott suggested in August that the Home Office scheme was ‘heading to a catastrophe which will make Windrush look like a minor blip’.

Of the total number of applications, more than 2.7 million European citizens have now been granted ‘settled’ or ’pre-settled’ status. 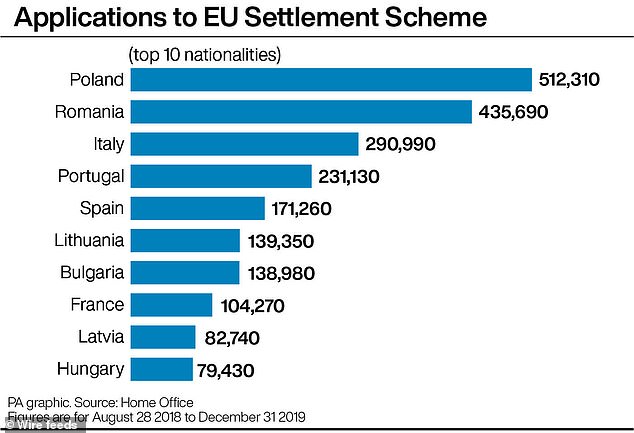 This allows them to live and work in the UK and use the NHS.

It also permits them to access public funds and benefits, as well as travel in and out of the country.

Europeans EU citizens and their families have until at least December to make their applications, which are free. 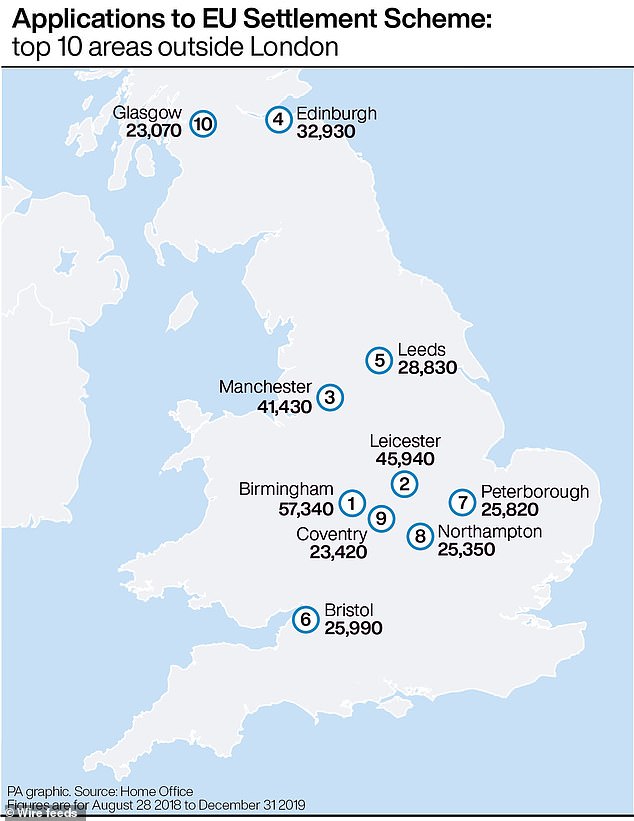 The cities with the most applications outside of London

The scheme asks applicants to prove their identity, demonstrate they live in the UK, and declare any criminal convictions.

The Home Office has spent more than £170million on the project and has more than 1,500 staff dedicated to helping applicants.

So far, only six applications have been refused. It is thought these were made by EU nationals with serious criminal convictions.

‘It’s the biggest scheme of its kind in British history and means that EU citizens can evidence their rights for decades to come.

Apart from EU nationals, people from countries which are part of the European Economic Area, such as Norway, and Swiss nationals can also apply to the scheme.