Mornington Peninsula pushes to permanently break away from Melbourne

Richard Hawkes’ farm in Boneo feels a world away from the usual hustle of the big city. The Mornington Peninsula property is spread across more than 52 hectares and grows potatoes, spring onions, carrots, sweet corn, radish, parsley and strawberries.

A farm store draws a steady stream of local shoppers stocking up on fresh produce. Agricultural machinery hums in the background, pierced by the cries of black cockatoos.

It is a rural scene except for a major difference: the Mornington Peninsula is officially classified as metropolitan Melbourne. 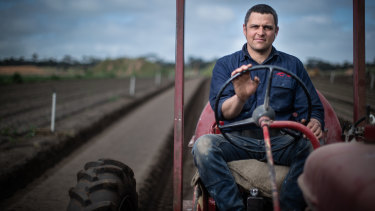 Richard Hawkes on his farm at Boneo on the Mornington Peninsula. Credit:Simon Schluter

The classification puzzles Mr Hawkes who wants the area recognised as part of regional Victoria, and says it has left his business ineligible for some grants available to regional businesses.

“I just can’t see why we’re classed as metro. There’s no advantages, only disadvantages as I see it,” he says.

Mr Hawkes struggles to attract backpackers for seasonal work because time on his farm does not count towards the 88 days of farm work required for the second year of a working holiday visa. 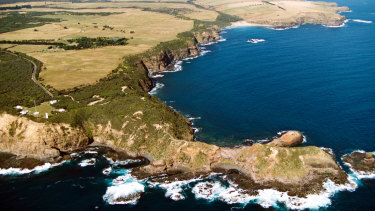 Cape Schanck is a major tourism attraction on the Mornington Peninsula. Credit:The Age

The Mornington Peninsula’s metropolitan classification means it is under the same coronavirus restrictions as Melbourne, prompting a plea from the local council last month for the state government to bring it in line with the rest of regional Victoria.

But the issue runs much deeper: community and business operators argue the state government should permanently change the classification because it puts the peninsula at an economic disadvantage.

Ms Smit says the Chisholm TAFE campus in Rosebud is eligible for less funding than regional sites, limiting the courses it can offer.

And she says the Mornington Peninsula lacks the infrastructure, such as public transport, associated with metropolitan areas but is ineligible for some pools of funding for regional Victoria.

Agriculture and tourism play a large role in the local economy. Federal data shows 2200 people work in agriculture, forestry and fishing while 7300 are employed in the accommodation and food services.

An agricultural analysis by the local council in 2014 showed that 40 per cent of the peninsula’s land mass (almost 29,000 hectares) was considered farmland.

But RMIT Centre for Urban Research Associate Professor Andrew Butt says the issue is not straightforward because stretches of the peninsula from Mornington to Arthurs Seat are “non-stop suburbia”. 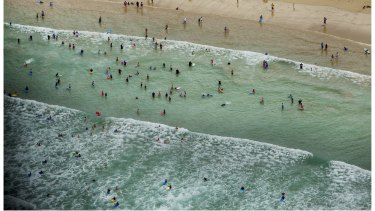 Meanwhile, parts of the region such as Flinders bear little resemblance to the more suburban areas. “It is hard to establish what is and isn’t the city,” he says.

The state government was contacted for comment but did not respond by deadline. But last month it said there were no plans to change the metropolitan/regional boundary.

Victorian opposition frontbencher Edward O’Donohue, whose upper house seat takes in the Mornington Peninsula, has sought to pressure the government to bring the region in line with regional Victoria so that it shares the same coronavirus restrictions.

“Personally, as a Mornington Peninsula community member for virtually my entire life, I have never considered myself a metropolitan resident. The peninsula is proudly distinct, separate and unique,” he says.

“When you’re in Boneo or Cape Schanck, you feel much more like you’re in country Victoria.”

But Mr O’Donohue says Geelong, by comparison, is much more urbanised, has a bigger population and some suburbs are closer to Melbourne, yet it is designated regional.

When asked about the impact of the metropolitan label, federal Health Minister Greg Hunt, who represents the Mornington Peninsula, said the classification was a matter for the state government.

“I support the position set out by the council generally and recognise that for COVID, there is no question that, as I have said, the peninsula has met and exceeded all tests and thresholds to be classified as regional,” he says.

Greg O’Donoghue, who owns the Green Olive at Red Hill winery and olive grove, says the question of the peninsula’s metropolitan status is gaining traction in the community and has become a major issue among candidates at the coming council election.

“We’re as much in the country as anywhere else in Australia,” he says.